Btech has seen a sharp increase in trading volume and prices since last Wednesday. From just 45,500 shares on Tuesday, volume surged to 1.2-1.3 million shares on Wednesday and Thursday, and 4 million shares on Friday. In three days, its share price gained 36% to close at 34 sen.

It is unclear what caused the sudden surge in interest, although it should be noted that Btech’s shares periodically attracts bouts of speculative buying – only to fizzle out later.

There was also a surge in mid-Sept 2014, where the stock price rallied by 50% within a month to 33.5 sen with volume hitting five million shares. However, all those gains were gone a month later and the stock retraced back to the 20 sen level by mid-Oct before the recent ascent. 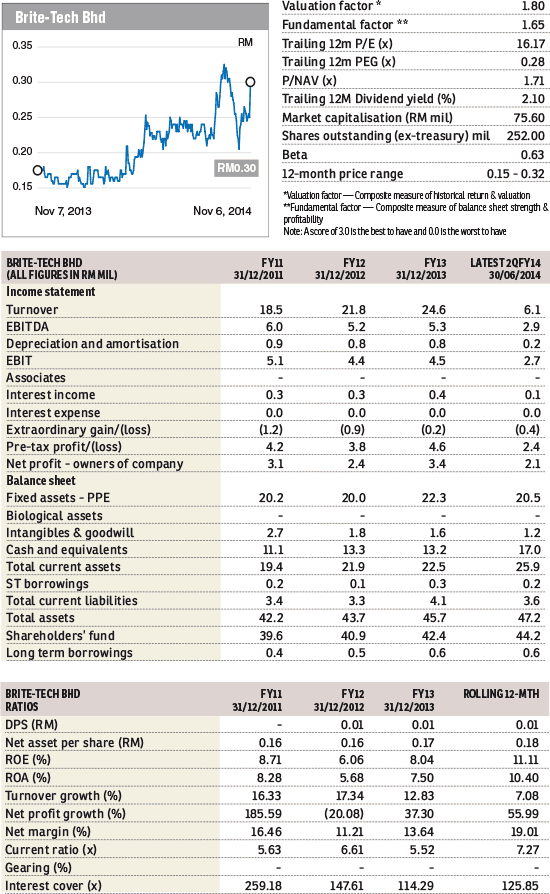 This article first appeared in The Edge Financial Daily, on November 10, 2014.