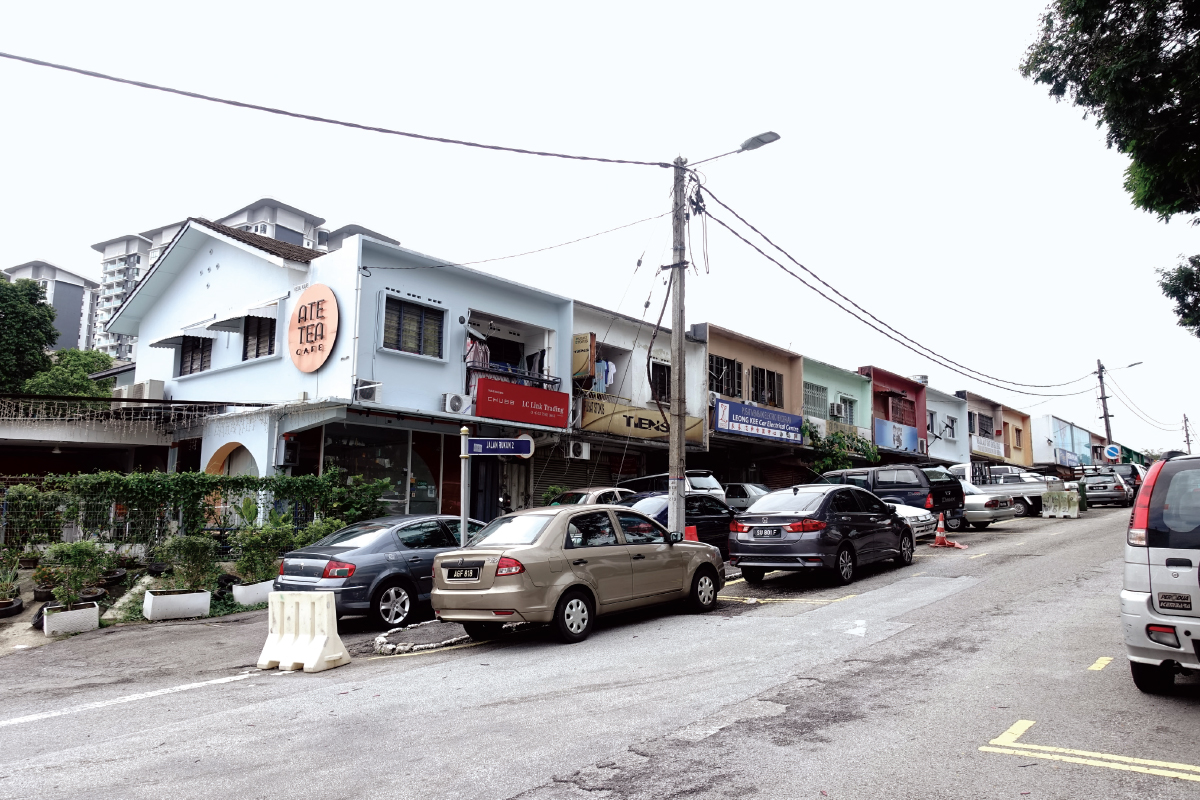 Parking nearer the shops can at times be a little difficult, especially during peak hours,  hence it is a common sight to see cars parked around the playground and the housing area.

PA International Property Consultants Sdn Bhd managing director Jerome Hong says these shops cater mainly to the residents in the immediate surroundings. “Most of the shops have been in this locality for years such as Huat Ji Frame Makers, Kum Kee and New Lian Hin. Newer additions that came in are Big Sea Ocean wholesaler and Ate Tea Café in May 2018 and April 2019, respectively.”

Located near the major trunk road of Jalan Klang Lama or Old Klang Road, the row of shops is surrounded by other housing enclaves such as Taman Continental Happy Garden or Taman Gembira, Taman Goodwood, Taman Kuchai Jaya and Taman Lian Hoe.

Hong says that these residential enclaves enjoy the spillover from the development spurt along Jalan Klang Lama and attract those who want convenient access to Petaling Jaya and Kuala Lumpur but do not want to stay beside the busy main road.

According to him, no transactions had been recorded for the Jalan Rukun 2 shops for more than a decade until last year, when a 2-storey shop with a built-up of approximately 2,500 sq ft was sold for RM1 million. Occupancy of the shops is around 90%, he notes.

One of the corner shops on Jalan Rukun 4, which appears to have been renovated into a three-storey unit, is listed for sale. According to EdgeProp.my, the 50ft by 70ft unit, with a 9,000 sq ft built-up, is asking for RM2.9 million or RM322 per sq ft.

The residential landscape of the immediate surroundings comprises custom-design bungalows, two and three-storey semidees as well as one and two-storey terraced houses built circa the 1980s, he says, and “the [residents in the] area are predominantly Chinese”.

“Meanwhile, the residential property market nearby has been particularly active with a number of transactions recorded over the years. Prices, however, have remained stable,” notes Hong.