Strive on, Corporate Malaysia strive on 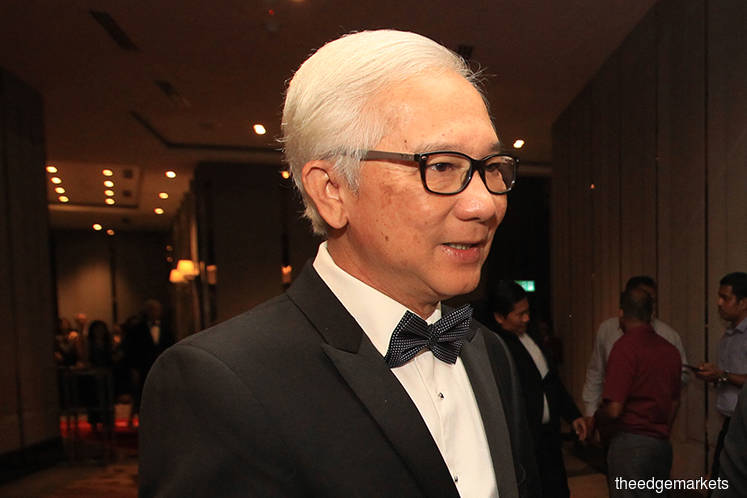 The Edge Billion Ringgit Club (BRC) annual gala dinner held on Sept 19 saw 42 companies picking up 55 awards for being the best performers on Bursa Malaysia based on their financial performances from FY2015 to FY2018.

However, the members’ combined market cap continued to make up more than 90% of the total market cap of Bursa. This shows that BRC members are truly the strongest among Corporate Malaysia.

BRC members continued to be major taxpayers, contributing an estimated RM26.04 billion in taxes in FY2018, compared with RM32.5 billion in FY2017 (170 members). This continues to be about half of the government’s annual estimated corporate income tax collection.

Of the nine companies chosen as Company of The Year since the inaugural awards in 2010, eight have outperformed the FBM KLCI in terms of total shareholders’ returns.

We presented sectoral awards based on three financial performance measures:

1) A weighted return on equity (ROE) over three years;

3) Returns to shareholders over three years — a combination of dividend payout and share price performance.

For the Company of the Year award, we used a matrix of financial performance in the three categories and corporate responsibility initiatives on a weighted basis:

The Company of the Year award went to Press Metal Aluminium Holdings Bhd, whose market cap was RM1.17 billion when it became a BRC member in 2014. By end-2016, its market cap had grown to RM5.9 billion and a year later, it was RM20.7 billion. It is currently more than RM19.4 billion.

The Value Creator: Outstanding CEO of Malaysia award went to QL Resources Bhd executive chairman Dr Chia Song Kun, a true example of how education and ingenuity are key factors in determining an individual and his family’s chances of upward social mobility.

Last but not least, we present the Special Award for Contribution to Nation Building to The Employees Provident Fund, the guardian of retirement savings for all private-sector wage earners.The success of BRC as the benchmark awards for Corporate Malaysia would not have been possible without the support of our partners. I thank OCBC Bank, Jaeger-LeCoultre and Mercedes-Benz for their steadfast support of the BRC. This prestigious annual gathering would not have become Corporate Malaysia’s most-anticipated awards ceremony without these excellent partners.

Congratulations to all the winners.