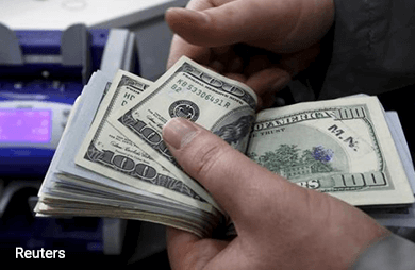 WASHINGTON (Jan 13): US retail sales rose in December amid strong demand for automobiles and furniture, providing further evidence that the economy ended the fourth quarter with momentum and is poised for stronger growth this year.

The strengthening economy also is starting to generate higher inflation. Other data on Friday showed a second straight monthly increase in producer prices in December, which led to the biggest year-on-year gain in just over two years.

Economists polled by Reuters had forecast overall retail sales increasing 0.7% and core sales gaining 0.4% last month. The report added to surveys on manufacturing and the services sector in suggesting the economy regained speed at the end of the fourth quarter after appearing to lose some ground in November.

Prices of US Treasuries fell while the US dollar strengthened against the euro, yen and Swiss franc after the data. US stock futures were trading slightly higher.

Rising wages due to a tightening labor market are expected to support consumer spending this year, providing a boost to the economy. Growth is also expected to get a lift from President-elect Donald Trump's pledge to cut taxes, increase infrastructure spending and relax regulations.

Average hourly earnings increased 2.9% in the 12 months through December, the largest gain since June 2009, the government reported last week.

Against the backdrop of a labor market that is at or near full employment, Trump's proposed fiscal stimulus could fan inflation and prompt the Federal Reserve to raise interest rates faster than is currently envisaged.

The Fed raised its benchmark overnight interest rate last month by 25 basis points to a range of 0.50% to 0.75%. The US central bank has forecast three rate hikes for this year. The Atlanta Fed is forecasting GDP rising at a 2.9% annualized rate in the fourth quarter. The economy grew at a 3.5% pace in the third quarter.

Even before the anticipated stimulus, inflation is perking up. In a separate report on Friday, the Labor Department said its producer price index for final demand increased 0.3% last month after advancing 0.4% in November.

Producer prices are rising as some of the drag from the plunge in oil prices fades. Oil prices have risen above US$50 per barrel. But renewed US dollar strength in the wake of Trump's election could temper some of oil's impact on inflation.

A 2.4% jump in auto sales accounted for much of the rise in retail sales last month. There was also a boost from a 2.0% rise in sales at service stations, reflecting higher gasoline prices.

But Americans cut back on eating out, with receipts at restaurants and bars falling 0.8% last month.