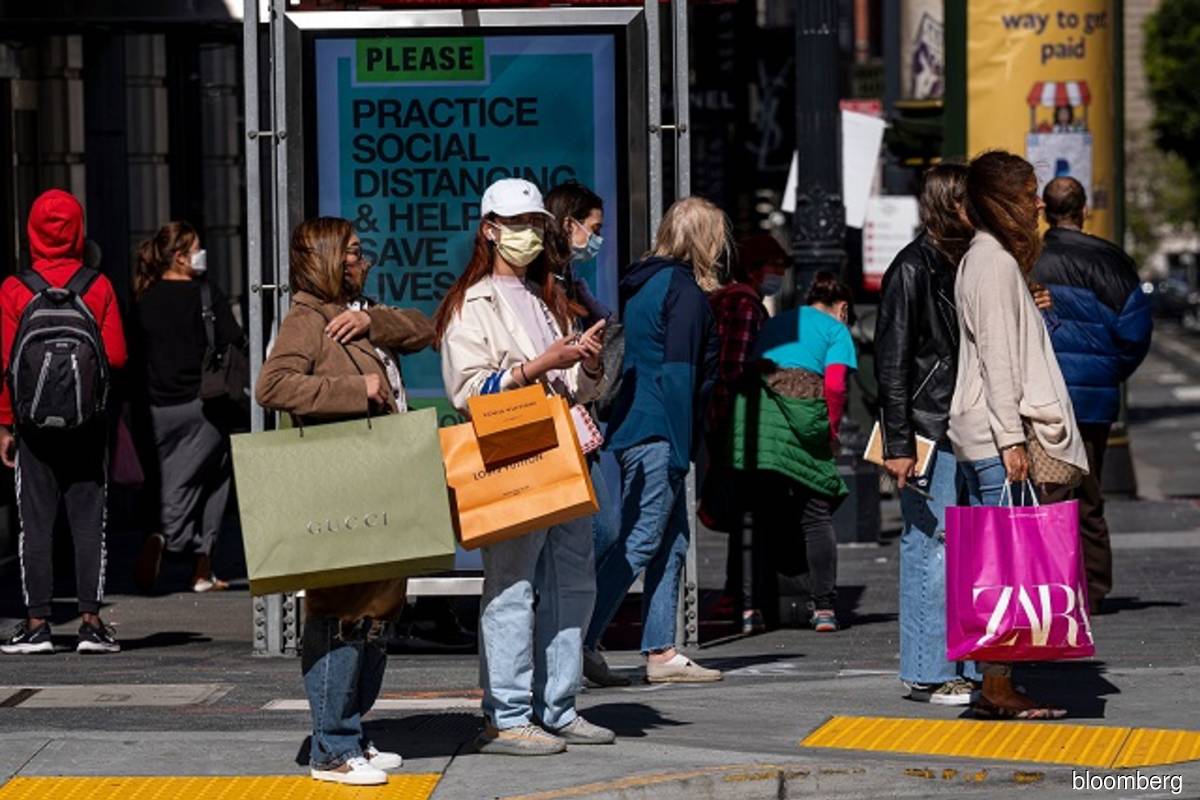 WASHINGTON (Nov 10): US consumer prices accelerated in October as Americans paid more for gasoline and food, leading to the biggest annual gain in 31 years, more signs that inflation could stay uncomfortably high well into 2022, amid snarled global supply chains.

Inflation pressures are also brewing in the labour market, where an acute shortage of workers is driving wages higher. The number of Americans filing claims for unemployment benefits fell to a 20-month low last week, other data showed on Wednesday.

But high inflation is eroding the wage gains, adding to political risk for President Joe Biden, whose approval rating has been falling as Americans grow more anxious about the economy. Broadening inflationary pressures could also complicate the Federal Reserve's communication. The Fed last week restated that high inflation is "expected to be transitory".

Both the White House and the Fed have maintained that prices will fall once supply bottlenecks start easing.

"Risks are clearly shifting toward US inflation remaining elevated longer than previously thought, but that doesn't mean that it's permanent," said Ryan Sweet, a senior economist at Moody's Analytics in West Chester, Pennsylvania. "The Fed could face a situation where higher consumer prices begin to weigh on consumer spending, reducing GDP growth."

The consumer price index jumped 0.9% last month after climbing 0.4% in September, the Labor Department said. The largest gain in four months hoisted the annual increase in the CPI to 6.2%. That was the biggest year-on-year rise since November 1990 and followed a 5.4% advance in September.

Economists polled by Reuters had forecast the CPI shooting up 0.6%. The broad-based increase in prices last month was led by gasoline prices, which surged 6.1% after rising 1.2% in September. Brent crude oil has gained over 60% this year, as a recovering global economy is heating up demand.

The government reported on Tuesday that producer prices increased strongly in October, reversing a slowing trend in the monthly PPI that had become entrenched since spring.

Inflation is heating up again as the economic drag from the summer wave of Covid-19 infections, driven by the Delta variant, fades and supply bottlenecks persist. Trillions of dollars in pandemic relief from governments across the globe fueled demand for goods, leaving supply chains overstretched.

Biden in a statement blamed the inflation surge on energy prices and said he had directed the White House National Economic Council "to pursue means to try to further reduce these costs, and have asked the Federal Trade Commission to strike back at any market manipulation or price gouging in this sector".

Stocks on Wall Street fell. The dollar gained versus a basket of currencies. US Treasury yields rose.

Excluding the volatile food and energy components, the CPI gained 0.6% last month after climbing 0.2% in September. The so-called core CPI was boosted by rents, with owners' equivalent rent of primary residence, which is what a homeowner would receive from renting a home, rising a solid 0.4%.

The so-called core CPI jumped 4.6% on a year-on-year basis, the largest increase since August 1991, after being steady at 4.0% for two straight months.

The Fed's preferred inflation measure for its flexible 2% target increased 3.6% year-on-year in September. The US central bank this month started reducing the amount of money it is injecting into the economy through monthly bond purchases.

"The heat seen in rents and across services could make the Fed begin to sweat as they wait out the return in the labor supply and easing of supply constraints over the coming months," said Alexander Lin, a US economist at Bank of America Securities in New York. "Clearly the risks are for the timing of rate hikes to be pulled forward."

In another report on Wednesday, the Labor Department said initial claims for state unemployment benefits fell 4,000 to a seasonally adjusted 267,000 for the week ended Nov 6.

That was the lowest level since the middle of March in 2020, when the economy almost ground to a halt under the onslaught of mandatory business closures aimed at slowing the first wave of Covid-19 infections.

Claims, which have now dropped for six straight weeks, are within striking distance of their pre-pandemic level.

The government reported last Friday (Nov 5) that the economy added 531,000 jobs in October, with annual wage growth the largest in eight months. The labour force is down 3 million from its pre-pandemic level, making it harder to fill the 10.4 million job openings as of the of August.

Wages are, however, lagging inflation, eroding households' purchasing power. A third report from the Labor Department showed average weekly earnings adjusted for inflation fell 0.9% in October and were down 1.6% year-on-year.

Supply constraints and high inflation helped to restrict economic growth to its slowest pace in more than a year in the third quarter.