Takiyuddin to Dr M: Don’t confuse the public over dropping of charges against Riza Aziz 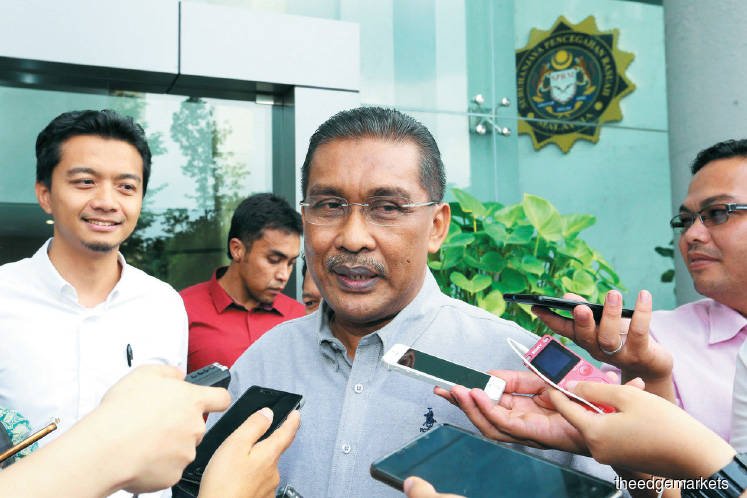 Takiyuddin slammed Dr Mahathir for questioning the plea bargain deal reached by the prosecution with Riza which resulted in the court granting the accused a discharge not amounting to acquittal.

In a statement today, the minister reiterated that the Perikatan Nasional (PN) government would continue to uphold the freedom of the judiciary.

He urged Dr Mahathir not to be a hypocrite claiming to be confused and not understanding the actions of the attorney-general and deputy public prosecutor who handled the case at the end of 2019.

“Dr Mahathir's actions are not logical as the PM at the material time, and this government hopes Tun does not continue to confuse the people by saying he is puzzled.

On Thursday, Riza, who is the stepson of former premier Datuk Seri Najib Razak, was given a discharge not amounting to an acquittal following a request by the prosecution, led by former Federal Court judge Datuk Seri Gopal Sri Ram, to stop the proceedings against him after he agreed to return several million ringgits to the government.

If Riza fails to do so, then the prosecution would proceed with the charges against him.

Riza, the co-founder of Red Granite Pictures, which produced the Hollywood movie The Wolf of Wall Street, was charged with five counts of money laundering.

The Malaysian Anti-Corruption Commission (MACC), in a statement yesterday, said the decision to drop the charges was allegedly agreed to by former attorney-general Tan Sri Tommy Thomas.

Under the deal, the government stands to receive US$107.3 million (RM465.3 million) of money stolen from 1Malaysia Development Bhd (1MDB), said MACC.

Thomas, however, has described the MACC statement as false, saying there was no deal to drop the charges.

This led to Dr Mahathir saying in a video recording that he was confused and bewildered by the plea bargain, and questioned whether this means that other "thieves" could also be let off the hook as long as they return the loot they were accused of stealing.

“I don’t question the judge’s decision. Surely it is in accordance with the law, but I’m concerned that there are many other thieves in this country.

“If we go on this basis, the thief would be set free… They steal billions, and then they bring back billions by the truckload to the government, and they say, ‘Here’s the money I stole, so don’t take action against me’. And we say, ‘Okay, since the money has been returned’…

“Perhaps many people agree with this, but I find it difficult to accept,” the former premier said in the video clip on his Facebook account.