Talent: When old is gold 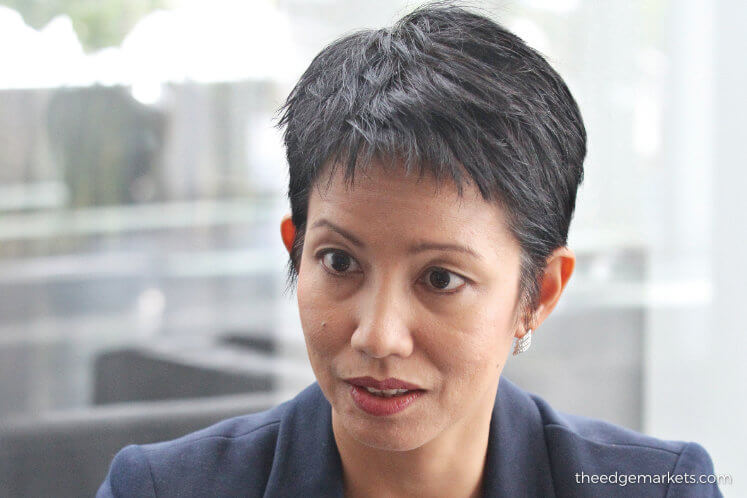 The older population is growing and the younger population is shrinking, which means employers will definitely have to start rethinking their employment strategies. - Jasmin

The Hire Seniors story is a case of being in the right place at the right time. Jasmin Amirul and her co-founder Sharmila Sinnathurai (who has since left the company) came up with the idea of hiring out retired professionals to companies suffering from a lack of staff just as Malaysia was waking up to the fact that this was an untapped resource to help deal with the severe talent shortage in the country.

“We wanted to do something for seniors. They have so much experience and the idea was to help them avoid mental degradation after retirement. What could we do around that space?” says Jasmin, co-founder and CEO of Hire Seniors, in an interview with Enterprise.

Then one day, Jasmin’s husband, who works for a local bank, mentioned that he needed an accountant to come in and do some work, but he did not have the budget to hire a full-time employee. A retired accountant who could come in and help out for three to six months would be ideal.

“We thought it was a fantastic idea. So, we searched for an agency in Malaysia that managed retirees for companies whose expertise we could tap,” says Jasmin.

There was none. “We started doing more research and realised that this whole ageing nation concept was already happening in Malaysia. Statistically, we are already there. According to the World Health Organisation, if 14% of your population is above 65, you are considered an aged nation,” she says.

What does this mean for employers? “It means they need to have another look at their hiring strategies because this is an expanding group. We looked at the statistics of those between 50 and 65 as well. Currently, they account for 21% of the population. By 2040, they are expected to account for 35%, which means the population of those below 50 will shrink to 65% from 77% currently,” says Jasmin.

“So, can you imagine, the older population is growing and the younger population is shrinking. Employers will definitely have to start rethinking their employment strategies. That was one of the reasons we started looking into this.”

The second group — the employers — was a little trickier. Would they be open to hiring seniors? “From the human resources (HR) side, the response was pretty good because these hires would promote diversity and inclusion in the company,” she says.

But the senior management of most companies had a very clear age bias. “We have seen cases where they prefer to hire someone with maybe just five years of experience, who is half the age, versus someone, say 60 years old, but with years and years of experience,” says Jasmin.

After the two co-founders ascertained that the idea was indeed viable, they decided to test it out in the real world. “We started to get retirees or seniors to register with us and built up our database. Today, we have almost 4,000 registered,” she says.

The duo started working with partners to increase their reach. “We partnered Kumpulan Wang Persaraan (KWAP), which gave us access to 50,000 senior citizens or retirees who had registered with its MyPesara app. The app allows users to check their pensions and KWAP throws in other services as well. Hire Seniors is a job provider, if you will, for senior citizens who have registered with the app,” says Jasmin.

Now, it is a matter of building more partnerships with other bodies to increase awareness of Hire Seniors among employers as well as seniors. “There is still a lot of work to be done,” she says.

For instance, understanding the age bias among employers and what their main concerns are when it comes to hiring seniors. “We are working with Talent Corp Malaysia Bhd on that. The idea is to see what we can do with the government to improve the situation,” says Jasmin.

The other challenge with employers is that most of them are not even aware that something like Hire Seniors exists. “They do not know this is available to them and that they can tap into the experience of seniors, even if it is for a short period, as an alternative pool of resources,” she says.

Jasmin notes that this will be an interesting proposition particularly for small and medium enterprises. “They face more struggles in hiring talent than large multinational corporations and government-linked companies. So why not consider hiring retirees?”

And these companies do not necessarily have to take the seniors on full-time. “You could hire them on a part-time basis. If you need an accountant or a chief financial officer (CFO) to come in, consider a retiree,” she says.

The major challenge among the seniors themselves is what Jasmin calls “family bias”. “Some families don’t think seniors should go back to work. There needs to be a mindset change there,” she says.

Sometimes, the mindset change needs to happen with the seniors themselves. “Some of them need to build up confidence even to apply for a job. We try to help them with that,” says Jasmin.

Contrary to popular prejudice, most seniors are open to learning new things. “They are willing to learn