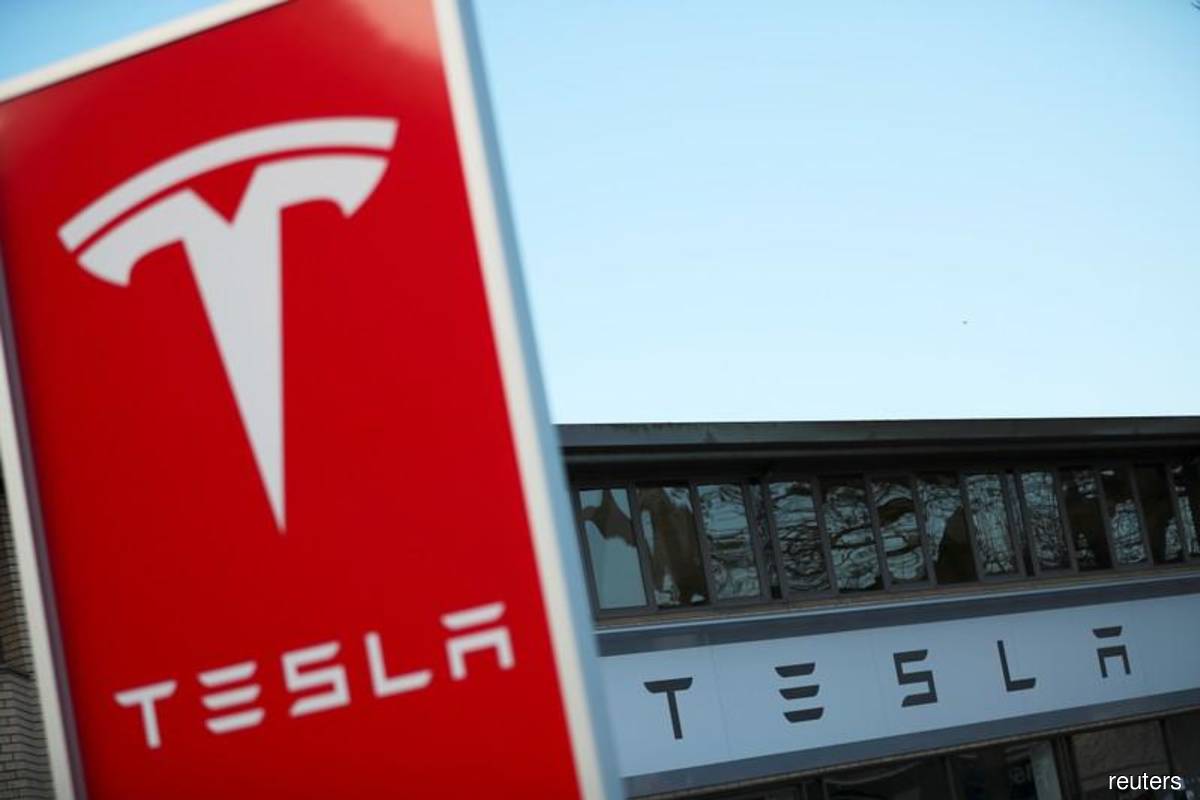 (July 13): Wall Street's main indexes closed at their highest levels ever on Monday, lifted by Tesla and bank stocks as investors eyed the start of the second-quarter earnings season and a batch of economic data.

Tesla rallied over 4% and was the top contributor to gains in the S&P 500 and Nasdaq. CEO Elon Musk insisted in court on Monday he does not control Tesla, and he said he did not enjoy being the electric vehicle company’s chief executive as he took the stand to defend the company’s 2016 acquisition of SolarCity.

The S&P 500 banks index climbed 1.3% ahead of quarterly earnings reports this week from major banks, including Goldman Sachs and JPMorgan on Tuesday. JPMorgan Chase rose over 1% and Goldman Sachs rallied more than 2%, fueling the Dow's gains.

Investors will closely watch quarterly reports for early clues on the how long the U.S. economic recovery may last, with June-quarter earnings per share for S&P 500 companies expected to rise 66%, according to IBES data from Refinitiv.

The S&P 500 has rallied about 17% so far this year, with some investors questioning how long Wall Street's rally may last and concerned about a potential downturn.

"Earnings season is going to be warmly greeted as an opportunity for existing biases to be confirmed," warned Mike Zigmont, head of trading and research at Harvest Volatility Management in New York. "Even if forecasts are not as rosy as what the most bullish had hoped, it's all going to get rationalized away."

Focus this week will also be on a series of economic reports, including headline U.S. inflation data and retail sales. As well, Federal Reserve Chair Jerome Powell is due to appear before Congress on Wednesday and Thursday for views on inflation.

Investors have been concerned about higher inflation and the spread of the Delta coronavirus variant in the past few sessions, with traders seesawing between a preference for economy linked-value stocks and tech-heavy growth names.

All three closed at their highest levels ever.

Walt Disney jumped over 4% to a two-month high after it and Marvel's "Black Widow" superhero movie took in $80 million in its first weekend. And the entertainment company plans to raise prices for its ESPN Plus streaming service.

Didi Global Inc dropped about 7% after it confirmed China's cyberspace administration notified app stores to remove the ride-hailing company's 25 apps and said the move could impact its revenue in the region.

Virgin Galactic Holdings tumbled 17% after the space tourism company said it may sell up to $500 million worth of shares, a day after the company completed its first fully crewed test flight into space with billionaire founder Richard Branson on board.

Volume on U.S. exchanges was 8.3 billion shares, compared with the 10.5 billion average for the full session over the last 20 trading days.

Advancing issues outnumbered declining ones on the NYSE by a 1.43-to-1 ratio; on Nasdaq, a 1.11-to-1 ratio favored advancers.