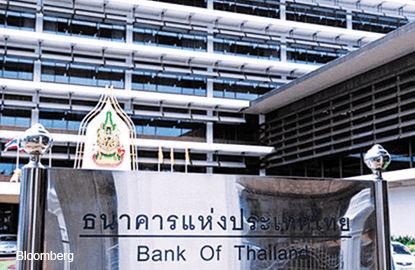 All 24 economists in the survey forecast that the Bank of Thailand (BOT)'s one-day repurchase rate will be kept at 1.50% when its monetary policy committee (MPC) meets.

Thailand's last rate change, a 25-basis-point cut, was in April 2015. The benchmark rate is just a quarter-point above the record low reached in 2009.

The ruling junta has accelerated investment and planned an extra budget of 190 billion baht (US$5.52 billion) for the fiscal year ending Sept 30, to lift growth in Southeast Asia's second-largest economy, which has lagged regional peers.

At its Feb 8 meeting, the MPC voted unanimously to hold the policy rate, saying the economy had started to gain traction but uncertainties remained.

Twelve of 16 analysts in the poll forecast no rate change throughout 2017 while four others projected a hike in the second half to ease inflationary pressure and curb fund outflows in response to higher US interest rates.

Inflation in Thailand is ticking up but still low, with an annual rate of 1.44% in February, inside the BOT's 1-4% target range.

The BOT has forecast economic growth of 3.2% this year, with flat exports. It gives new projections on Wednesday.