TheWall: Making the switch from doctor to investor 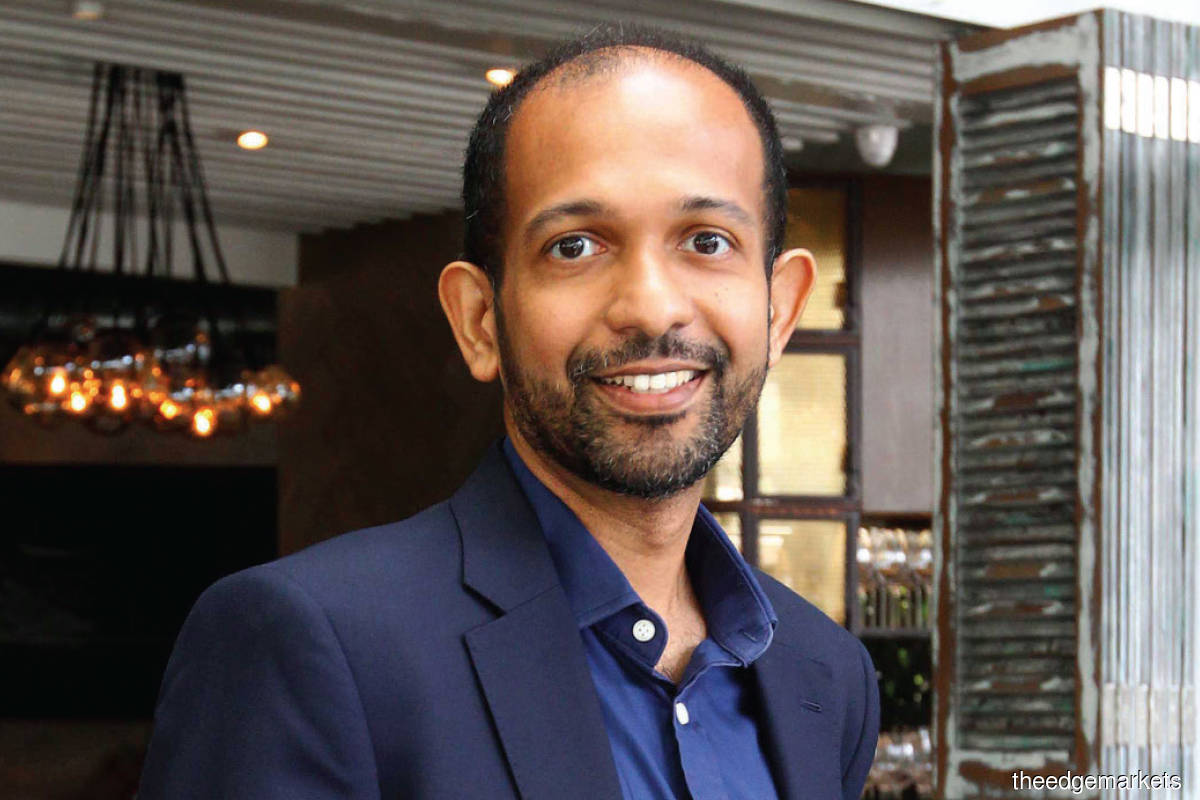 Prior to becoming an investor, Dr ­Anthony Lawrence, venture partner and mentor at angel network and venture capital (VC) firm NEXEA, spent eight years working as a doctor. While he enjoyed being in the medical profession, he also harboured an interest in investing in businesses.

So, when some friends recommended that he start investing in tech start-ups, Lawrence jumped at the chance and made his first angel investment. Since then, the Malaysian has invested in an ­average of two to three start-ups a year.

“My medical school friend, who had invested in a variety of tech companies, knew that I was interested to start investing. When he called me out of the blue one day in 2008 to invest in a start-up, I agreed without hesitation,” says Lawrence.

“Investing is about looking at the world differently. Since then, I have invested in a whole range of start-ups across different industries, ranging from legal tech and computational biology to matrimony apps. I was an investor in Facebook before it went public. I was also involved in a cryptocurrency mining farm in 2012, years before people even came to recognise it as an asset class.”

Lawrence’s investments have been predominantly US-based because the ecosystem for investors and start-ups is more mature there, he adds. Having said that, he believes Asia is catching up rapidly.

In 2017, he quit medicine to pursue a Master of Business Administration at the University of Chicago Booth School of Business.

This marked his career shift from doctor to investor. Upon graduation, Lawrence became a partner at Chicago Global, a quant hedge fund with offices in the US and Singapore.

“Medicine is wonderful because you get to help save lives, but I felt that the good that I was able to achieve was limited by time and my hands. I wanted to be able to help create value for society at scale and investing in companies allows me to do that,” says Lawrence. “Being both a doctor and having the financial acumen in VC and hedge funds has provided me with a unique perspective in viewing the world and how investments work. Working as a doctor provided me with the unique insight into human psychology and people, which is extremely useful when determining whether to invest in any business.”

Currently, Lawrence is a venture partner for NEXEA, and acts as an adviser for various start-ups. He also serves on the board of advisers for Loyal VC, a Toronto-based VC with over 100 investments in 30 countries.

What has he invested in?

Much of Lawrence’s deal flow comes from his connections in different industries. Because of his background as a doctor, he naturally started out investing in health tech companies, but later expanded to other kinds of tech firms.

For instance, he invested in a US-based legal tech company called LawTrades in 2016. The company provides remote legal talent for in-house teams, enabled by technology.

“A lot of the costs of legal procedures come from back-office processes such as accounting, administrative work and rentals. Imagine if you can reduce that cost. The entire back-end process of LawTrades is optimised through the use of artificial intelligence and machine learning,” says Lawrence.

According to data provider Pitchbook, other investors in LawTrades include renowned VCs in the US such as 500 Startups and Draper Associates.

Lawrence also invested in a US-based matrimony app for South Asians called Dil Mil. The founders first reached out to him through mutual connections.

“I thought they were trying to sell me a dating app but it’s actually more of a matrimony matching app [for South Asians who are living abroad]. In the US, there are a lot of expatriate Indian individuals who want to marry people of their own race. It’s also the same within the Latino and Jewish community,” he says.

The app caters to South Asians who do not want hook-ups or arranged marriages, according to reports. It has various features that take into conside­ration South Asians’ cultural and religious traditions.

Initially, he was sceptical over whether it would work, but the numbers shown by the company were compelling. Last year, he exited the investment when the company was acquired by the Dating.com Group.

Another of his investments is Mesh Bio, a computational systems biology start-up based in Singapore that transforms chronic disease management through predictive analytics. It has products that can identify an individual’s risk of getting ­diseases based on the individual’s unique biochemical pathways, that is, the chemical reactions of cells in the body.

Mesh Bio also has the technology to determine the best drug treatment for a particular patient.

“The best drug treatment for a general population may not be what is best for you. This company uses machine learning algorithms to look at your ­biochemical pathways to get the best treatment for you,” Lawrence explains.

How does he invest?

Even though Lawrence’s background is in healthcare, he says only 25% to 30% of his portfolio companies are in this sector.

“Many find health tech investments sexy, and they are. But a significant number of investors don’t realise the business, regulatory and market-related pitfalls in a high-barrier-to-entry industry like healthcare. As a result, I think I’ve turned down more healthcare investments than those in other sectors,” he says.

Focusing on the founders and having a diversified portfolio are two strategies that Lawrence emphasises on. When investing in early-stage companies, the team’s ability to execute its plans and the dynamics of the founding team are paramount.

“It’s not about how smart the founders are but how well they work together and how long they’ve known each other … I ask questions and make observations. I also want to know if they have clearly articulated their ­value proposition, product market fit and understand where they want to go with their business.”

Early-stage investments are relatively risky but Lawrence believes returns from a few will ­cover the bulk of losses. This is why having a diversified portfolio is key for early-stage investors.

In addition, investors must pay attention to their own cash flow, he says. “There is no point in having a bunch of highly valuable but illiquid investments if one does not have a clearly defined exit plan to realise gains.”

After 12 years of investing in start-ups, Lawrence says his typical investment return from these has ranged between four and 13 times. Of course, there were also investments that did not pan out, he adds.

When Lawrence was studying in the US, he was approached by his friends to be a partner of Chicago Global and invest in the company. Having experienced how illiquid private investments could be, he became interested in hedge funds and public equities.

Chicago Global is a quant hedge fund that has a hyper-­liquid and diversified public equities portfolio with nearly 800 to 1000 holdings.

Its head of research is Ben Charoenwong, an assistant professor of finance at the National University of Singapore. He previously taught financial econometrics to researchers in the renowned quant hedge fund, Citadel Investment Group. The portfolio manager is Ivan Chelebiev, who has 20 years of experience in ­asset management. Both share the same alma mater as Lawrence.

“The fund is less dependent on [a few stocks] performing well, so our returns should be less volatile over time. Our investors seek long-term capital appreciation and not [short-term gains]. We are also different from other hedge funds in our use of alternative data sets.

“We have over four petabytes of data with 3.5 billion data points, growing at 150 million points per month. We have multiple proprietary models that provide an edge. As an example, we can uncover weeks in advance whether a company will be announcing a significant corporate event,” says Lawrence.

Now that Lawrence is based in Malaysia, he leads the Chicago Global team in various matters pertaining to this region.

Going forward, he observes that players in various industries who are utilising technology and mining data will have an advantage. Chicago Global is an example of a hedge fund that is using huge amounts of data to generate alpha, Lawrence adds.

“Overlaying this data with geo­political and socio-demographic changes will create unique actionable insights. This is true for both VC as well as the hedge fund space,” he says.