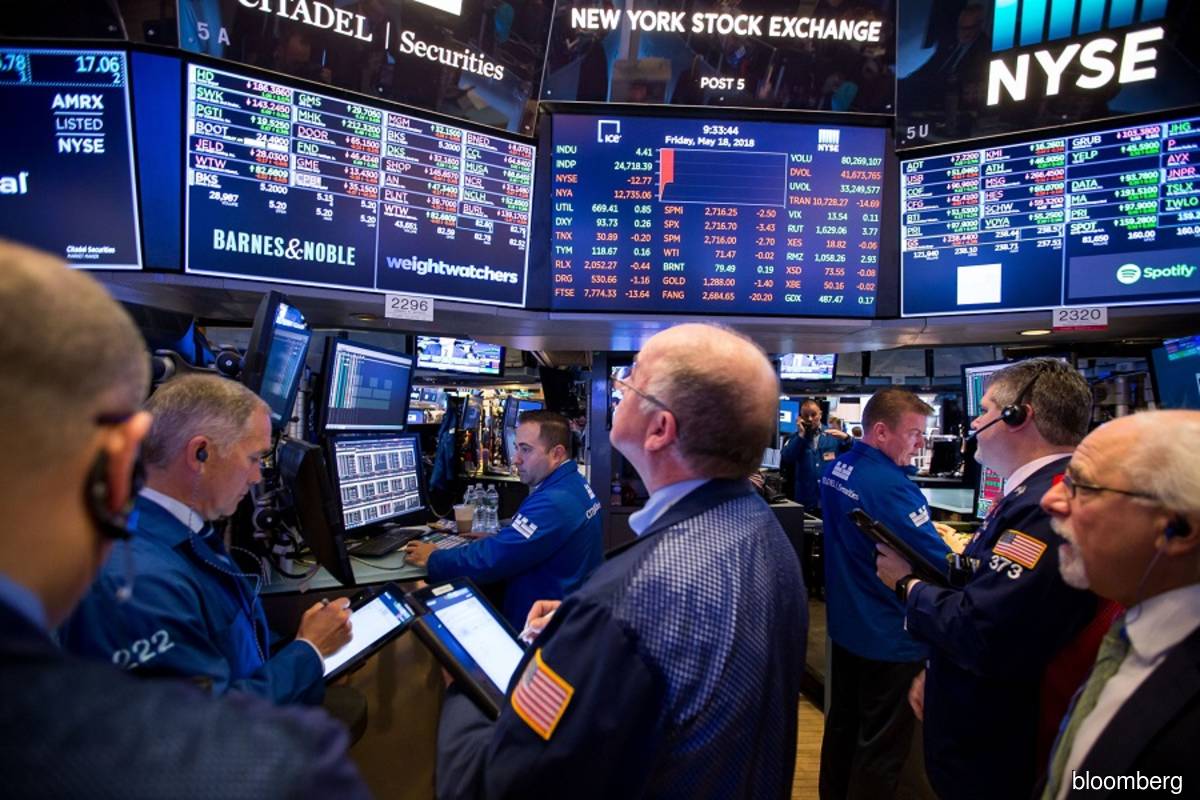 NEW YORK (Sept 26): From stocks to bonds, credit to crypto, money managers looking for somewhere to hide from the Federal Reserve induced storm battering virtually every asset class are finding solace in a long reviled corner of the market: cash.

Investors have US$4.6 trillion stashed in US money-market mutual funds, while ultra-short bond funds currently hold about US$150 billion. And the pile is growing. Cash saw inflows of US$30 billion in the week through Sept 21, according to figures from EPFR Global. Where once that stash yielded practically nothing, the vast bulk now earns upwards of 2%, with pockets paying 3%, 4% or more.

The suddenly respectable payout is one of the reasons traders have been in little rush to deploy their capital into riskier assets, even with prices at multiyear lows. The other is that as the Fed continues to push interest rates higher to tame inflation, market participants are finally coming to the realisation that the central bank is unlikely to abandon its hawkish policy tilt anytime soon, leaving cash as the asset of choice to ride out the turmoil.

“I don’t think it’s time to be a hero,” said Barbara Ann Bernard, founder of hedge fund Wincrest Capital. “The reason I have as much cash as I do is because I just want to survive and end the year up. This is going to be a tricky environment for a while.” Two to four percent may not seem like much at first glance, especially with inflation running north of 8%.

But in a world where bonds are in a bear market, global stocks are at the lowest since 2020, and the Fed has made clear it’s willing to slam the brakes on the US economy to get rising prices under control, those few percentage points of positive return are becoming increasingly appealing.

That’s especially true, given that only a year ago, the seven-day yield on taxable money funds tracked by Crane Data averaged just 0.02%.

“Most market participants see for now that hey, cash is yielding 4%, why not just sit in cash while the macro environment clarifies a little bit,” said Anwiti Bahuguna, head of multi-asset strategy at Columbia Threadneedle Investments. “What’s not known is how long the Fed will keep at it. Until we have that clarity, folks don’t want to stick their neck out.”

Bahuguna said she’s gradually adding stocks and bonds after the recent selloff, part of a long-term play, given her view that inflation will slowly begin to moderate. Money-funds, banks and others are so flush with cash these days that they’re shoveling record amounts into the Fed’s overnight reverse repurchase agreement facility, a short-term instrument that, following the central bank’s 75 basis point hike last week, now pays a rate of 3.05%.

Looking further afield, there’s another US$18 trillion in deposits at US commercial banks, according to Fed data. In fact, US banks are sitting on about US$6.4 trillion of surplus liquidity, or excess deposits relative to loans, up from about US$250 billion in 2008.

While the bulk of it is in checking and savings accounts that earn much less than what money-market funds pay, it’s a testament both to the sheer amount of stimulus dolled out during the pandemic, and how hesitant people have become to invest it.

The widening gap between what banks are paying on deposits and what money-market funds are offering has caught the attention of Fed policy makers, who have noted that money funds are likely to attract more inflows going forward as a result, pushing usage of the RRP facility even higher.

“There’s a confluence of factors where too much cash, excess liquidity in the financial system and a significant amount of uncertainty over the path of the fed funds rate made cash attractive as an asset class,” said Dan LaRocco, a money-fund manager at Northern Trust Asset management, which oversees US$1 trillion. “The Fed’s reverse repo facility is an attractive place to put that excess liquidity to work.” Of course, the flip side is that all this money lying in wait means there’s a lot of dry powder ready to set off a surge of buying should market sentiment improve, or asset prices tumble to levels too attractive to pass up.

Bill Eigen, who oversees JPMorgan Asset Management’s Strategic Income Opportunities Fund, is on the lookout for the latter.

He’s slashed his portfolio’s risk this year and boosted its cash position to as high as 74% since the end up August, up from 65% in early June. He’s sold out of non-agency mortgage backed securities in recent months, and said another 14% of the portfolio is in very short-dated investment-grade floating-rate securities.

Eigen, who’s based in Boston and oversees US$9.3 billion for the fund and US$11.2 billion overall, has at times allocated as much as 75% of assets to high-yield bonds. But he’s waiting for spreads to widen further before deploying his cash holdings once again.

“The catalyst will be when people begin to realise this inflation is not going away, and their dreams of a dovish Fed are not happening,” Eigen said. “When people start to price credit in line with where this Fed is going, which is hawkish and not stopping soon — and when people realise inflation is entrenched — that will be the give-up phase, and when my liquidity comes in handy.”