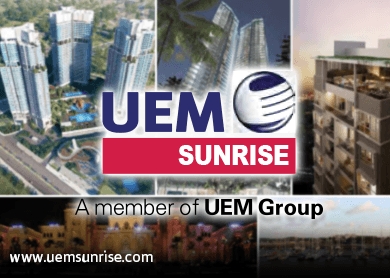 KUALA LUMPUR: UEM Sunrise Bhd's proposed development of a Motorsports City in Nusajaya, Johor, will now cover a land area of 300 acres instead of the 270 acres that were originally proposed in 2012.

In a Bursa Malaysia filing today, UEMS said the joint venture agreement that were entered into in 2012 had today become unconditional upon fulfillment of its conditions precedent.

"Following the above, FASTrack Autosports (Iskandar) Pte Ltd (formerly known as FASTrack Autosports Pte Ltd) now owns 70% of the issued and paid up share capital of Fastrack Iskandar Sdn Bhd (FISB) and UEM Sunrise's shareholding in FISB has reduced to 30%," it said.

"Accordingly, FISB has ceased to be a subsidiary of UEMS on December 30," it added.

To recap, in 2012, UEMS (then known as UEM Land Holdings Bhd) entered into a joint venture with  FASTrack Autosports (Iskandar) to purchase and jointly develop the land located in the Gerbang Nusajaya development, through the  special purpose company established by UEMS called Crimson Carnival Sdn Bhd.

The proposed development is intended to be a motorsport city consisting of components such as showrooms, automotive retail, workshop, test track, go-kart track and all other automotive related trades and activities.