Uncertainty ahead for real estate market 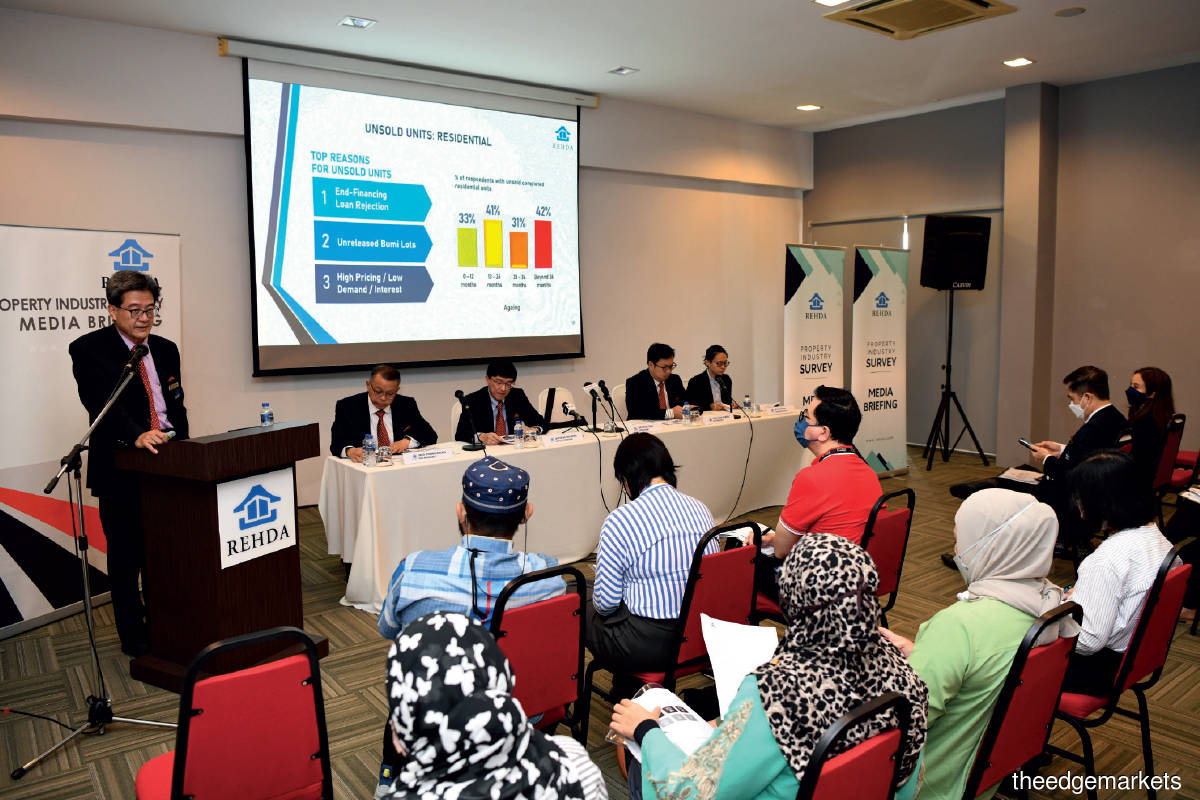 Malaysia’s real estate industry is unlikely to recover to its pre-pandemic level in the next three to five years, according to Real Estate and Housing Developers’ Association Malaysia (Rehda) president Datuk N K Tong.

During a media briefing on Rehda’s Property Industry Survey 1H2022 and Market Outlook 2H2022 and 1H2023 on Oct 12, Tong said the property market might not return to its previous state and the recovery of the sector is very much dependant on that of the country’s economy.

“Meanwhile, the country’s economic recovery would depend on when the world’s economy returns to normal, which I think will take some time … Most likely not in the next three to five years given the challenging market situation such as the current inflation wave,” Tong told the press.

While inflation does increase the cost of owning a property, it is at the same time a tool to hedge against inflation.

“To control inflation, Bank Negara Malaysia has no choice but to increase the OPR (overnight policy rate). However, the central bank is [raising the OPR] gradually and more slowly than some Western countries, so local homebuyers will not feel a significant impact immediately. In fact, our interest rate is still relatively low [compared to others] in the region,” he said.

Based on the market survey conducted by Rehda, 48% of developers do not plan to have any launches in 2H2022, mainly due to the unfavourable market condition (31%) and other reasons (25%). “There were 150 respondents from Rehda members in Peninsular Malaysia who participated in the survey before the announcement of Budget 2023 and the dissolution of parliament. One of the key findings was nearly half of the respondents do not plan to launch anything in 2H2022 due to market uncertainty and other reasons, such as the delay in receiving approval from the authorities and projects still in the planning stage,” Tong shared.

Other concerns include a lack of suitable product and land bank (11%), higher number of unsold stock (9%), business constraints (9%), a lack of buyer demand in project location (8%) and affected by the pandemic (2%).

The survey also indicates that developers are more conservative when it comes to the sales performance, with 66% of respondents who are launching new projects in the near future expecting their project take-up rates to be 50% or below within the first six months of launch.

“To boost sales, most developers are focusing on assisting homebuyers with the first 10% [of the property price, that is the] down payment. They are also participating aggressively in digital marketing and virtual technology, and enhancing product innovation and creativity,” said Tong.

There were 53 respondents who launched new projects in 1H2022, with the sales performance a lower 45% compared to 50% in 2H2021. It is also worth noting that the total number of units launched in 1H2022 had decreased to 7,843 from 10,665 in 2H2021. The property type with the most sales in the first half of this year was 2- to 3-storey terraced houses in Seremban, Negeri Sembilan, and Jasin, Melaka.

“The demand for landed property has been increasing [with the reopening of the economy] as people are looking for more living space and do not mind moving out of the city centre as working from home is more common nowadays,” said Tong. He added that the top three reasons for the unsold residential units were the rejection of end-financing loan, unreleased bumiputera lots and high price/low demand or interest.

“The top three reasons for loan rejection were ineligibility of buyers’ income, lower margin of financing and adverse credit history. The survey report also shows that 31 of the respondents had 21% to 30% of loan rejection over sales, meaning that these developers had to sell a unit up to three times before it was finally sold,” he explained.

The tighter loan approval has indirectly contributed to higher cost of doing business. The overall cost increased by an average of 17% in 1H2022.

To address the issue, some developers have initiated a hiring freeze, cut benefits or perks, and reduced salaries. On the production and delivery side, most of the developers have chosen to reschedule the launch of planned projects, reduce the scale of launches and delay projects due to poor demand.

“The rescheduling of launches is not a healthy trend for the overall property market because it means that the affordable housing supply will be lower. And by reducing the scale of launches, developers will lose out on the economies of scale, meaning that the cost of doing a project will be higher,” Tong shared.

A more than 20% increase in the average price of aluminium, glass, steel, metal products, copper and crusher was seen in 1H2022, which contributed to the higher cost of launching a new project, he continued.

“The construction cost has increased by an average of 18%. The top measures taken to address the increase in building material cost is increasing the price of the property, followed by cutting the profit margin, using more cost-effective materials, launching innovative designs and building smaller units,” he said. “Interestingly, the adoption of IBS (Industrialised Building System) is the least preferable measure (44 respondents) to address the issue.”

Tong said IBS “cannot fix every problem” in the property industry because it is still a relatively expensive way to build compared to the conventional building method, mainly due to a lack of economies of scale. “The saving [on cost] is insignificant for now … developers are using IBS more to save on construction time.”

When concluding the session, Tong shared that the majority of respondents were generally more positive when it came to the 1H2023 property market outlook, with only 25% of them being pessimistic/very pessimistic, down from 34% in 2H2022.