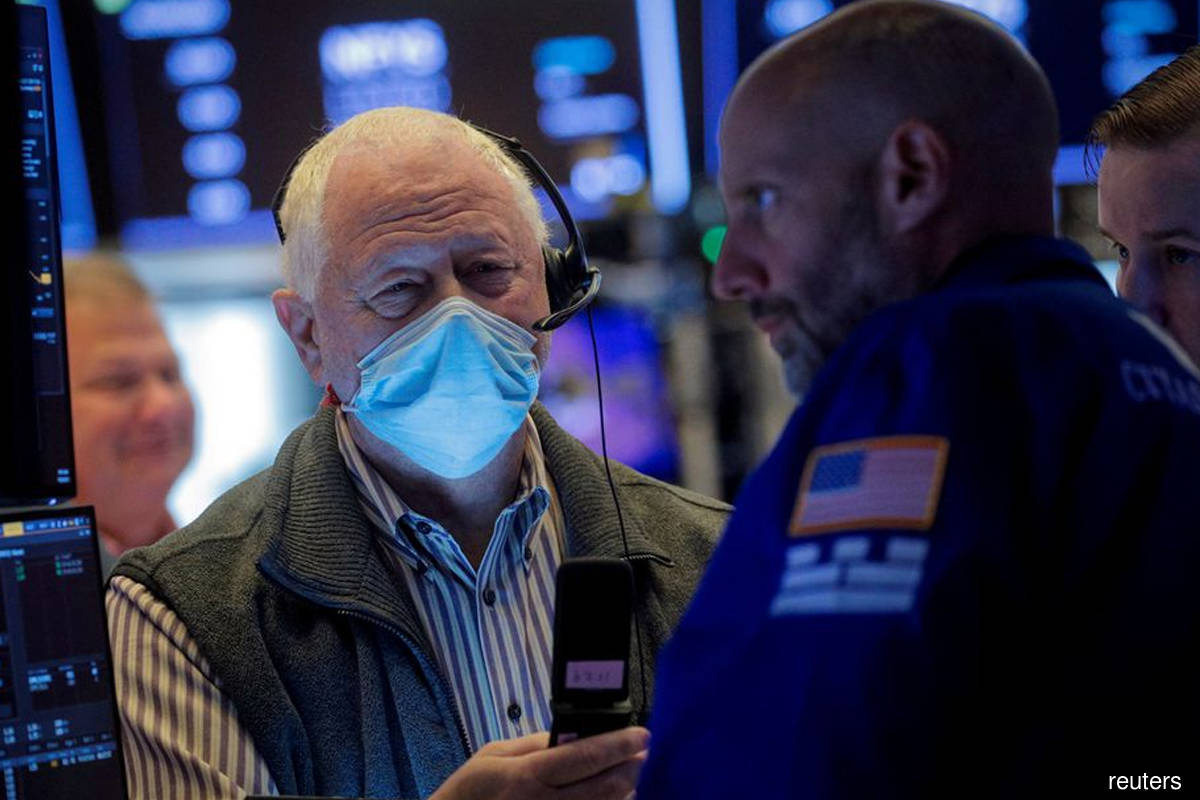 NEW YORK (Oct 15): U.S. shares rallied on Thursday as strong bank earnings reports fired up investors' risk appetites, while the dollar and benchmark Treasury yields both paused their recent ascent to pull back from multi-month highs.

In the United States, data that showed producer prices posting their smallest gain in nine months in September showed inflation risks were real, but perhaps not as dire as some imagined.

Indeed, any worries about rising prices were eclipsed on Thursday by signs that the economy and businesses are thriving, as the number of Americans filing new claims for jobless benefits dropped below 300,000 last week for the first time in 19 months.

The dollar, driven to a more than one-year high this week by growing bets on a U.S. interest rate rise in 2022, eased for a second day along with the 10-year U.S. Treasury yield , which tends to drive global borrowing costs.

"So far bank earnings have been strong. It gives traders some hope we will see a strong earnings season," said Tim Ghriskey, Chief Investment Strategist at Inverness Counsel in New York. "But if we start to see poor guidance from companies, the market could come right back down."

Foreign exchange and commodity markets were sending some mixed signals. Gold, often seen as a hedge against rising inflation, added to gains after enjoying its best session in seven months on Wednesday.

Natural gas climbed 2%, having already soared more than 150% this year, driving the spike in global energy prices. Bitcoin , also sometimes vaunted as an inflation hedge, fell 0.34% to $57,180.34, pulling back from a five-month high.

The dollar, meanwhile, pulled back, allowing the likes of the euro, British pound, Australian and New Zealand dollars to all regain ground.

Expectations the U.S. Federal Reserve will tighten U.S. monetary policy more quickly than previously assumed saw the greenback hit a more-than year high on Tuesday, but it is now down for October.

"It seems to be a classic case of 'Buy the rumour, sell the fact'-type mentality," said Neil Jones, head of FX sales at Mizuho, about the dip in the dollar. "The Fed confirmed the expectations of many investors, I would suggest, holding long dollar positions."