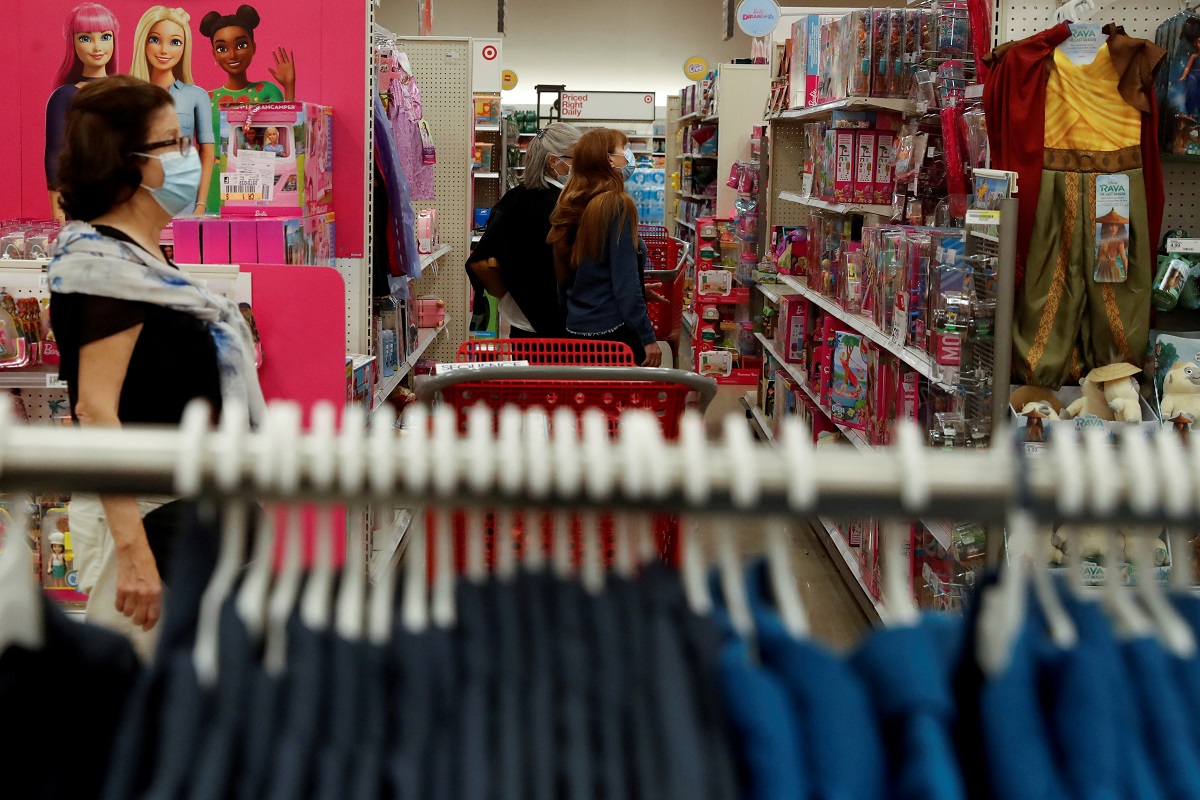 WASHINGTON (Oct 29): US consumer spending increased solidly in September, but was partly flattered by higher prices, with inflation remaining hot as shortages of motor vehicles and other goods persisted amid global supply constraints.

Inflation pressures are broadening out, with other data on Friday showing employers boosted wages by the most on record in the third quarter as they competed for scarce workers. The industry-wide surge could undercut Federal Reserve Chair Jerome Powell's long-held view that high inflation is transitory.

The strength in consumer spending at the end of last quarter, together with falling Covid-19 infections and recovering consumer confidence bode well for a pickup in economic activity in the final three months of the year, though shortages and more expensive goods pose risks. The economy grew at its slowest pace in more than a year in the third quarter.

"The economy has a supply problem not a demand problem," said Christopher Rupkey, chief economist at FWDBONDS in New York. "The economy has money to burn and that is why inflation will be hard to extinguish."

Consumer spending, which accounts for more than two-thirds of US economic activity, rose 0.6% last month after rebounding 1.0% in August, the Commerce Department said. Economists polled by Reuters had forecast consumer spending increasing 0.5%.

Spending was driven by demand for services such as healthcare, dining out as well as hotel and motel accommodation amid declining cases of the coronavirus Delta variant. A wave of infections over summer worsened worker shortages at factories, mines and ports, further stressing supply chains.

Services spending increased 0.6% after advancing 0.7% in August. That offset a 0.2% drop in outlays on long-lasting manufactured goods, which largely reflected a decrease in new motor vehicle sales.

Outside the shutdown in spring 2020, which severely depressed output, the third quarter was the worst period for motor vehicle production since early 2009 because of a global shortage of semiconductors. Auto inventories have been run down and some shelves are bare, curbing spending and boosting prices.

Stocks on Wall Street were trading lower after dismal results from mega-cap firms Apple and Amazon.com reignited concerns of labour and supply shortages. The dollar rose against a basket of currencies. US Treasury prices were mixed.

The Fed is expected to announce at next week's policy meeting that it will start reducing the amount of money it is pumping into the economy through monthly bond purchases.

The consumer spending and inflation data was included in the advance gross domestic product report for the third quarter published on Thursday.

Growth in consumer spending braked to a 1.6% annualised rate after double-digit gains in the previous two quarters. That restricted economic growth to a 2.0% rate, the slowest since the second quarter of 2020, when the economy suffered a historic contraction in the wake of stringent mandatory measures to contain the first wave of Covid-19 infections.

Strong inflation pressures were underscored by a separate report from the Labor Department on Friday showing the Employment Cost Index, the broadest measure of labour costs, surged 1.3% in the third quarter.

The largest gain since the first quarter of 2001, when the government started tracking the series, reflected an increase across industries and followed a 0.7% rise in the April-June period. Labour costs powered ahead 3.7% on a year-on-year basis, the largest rise since the fourth quarter of 2004, after increasing 2.9% in the second quarter.

The ECI is viewed by policymakers and economists as one of the better measures of labour market slack and a predictor of core inflation as it adjusts for composition and job quality changes. Economists had forecast the ECI advancing 0.9% in the third quarter.

Wages and salaries soared a record 1.5% last quarter after increasing 0.9% in the April-June quarter. They were up 4.2% year-on-year. Benefits gained 0.9% after rising 0.4% in the second quarter. The Covid-19 pandemic has upended labour market dynamics, creating an economy-wide acute shortage of workers. There were 10.4 million job openings at the end of August.

"While we expect wage growth to slow over the second half of 2022, as more workers return to the jobs market, the near-term pressure on laboru costs will keep inflation elevated over the next few quarters and make it difficult to settle back to the Fed's 2% target anytime soon," said Sarah House, a senior economist at Wells Fargo in Charlotte, North Carolina.

Household wealth is at record highs, thanks to a strong stock market and high house prices, positioning consumers to boost spending when supply improves. Consumers also accumulated at least US$2.5 trillion of excess savings during the pandemic.