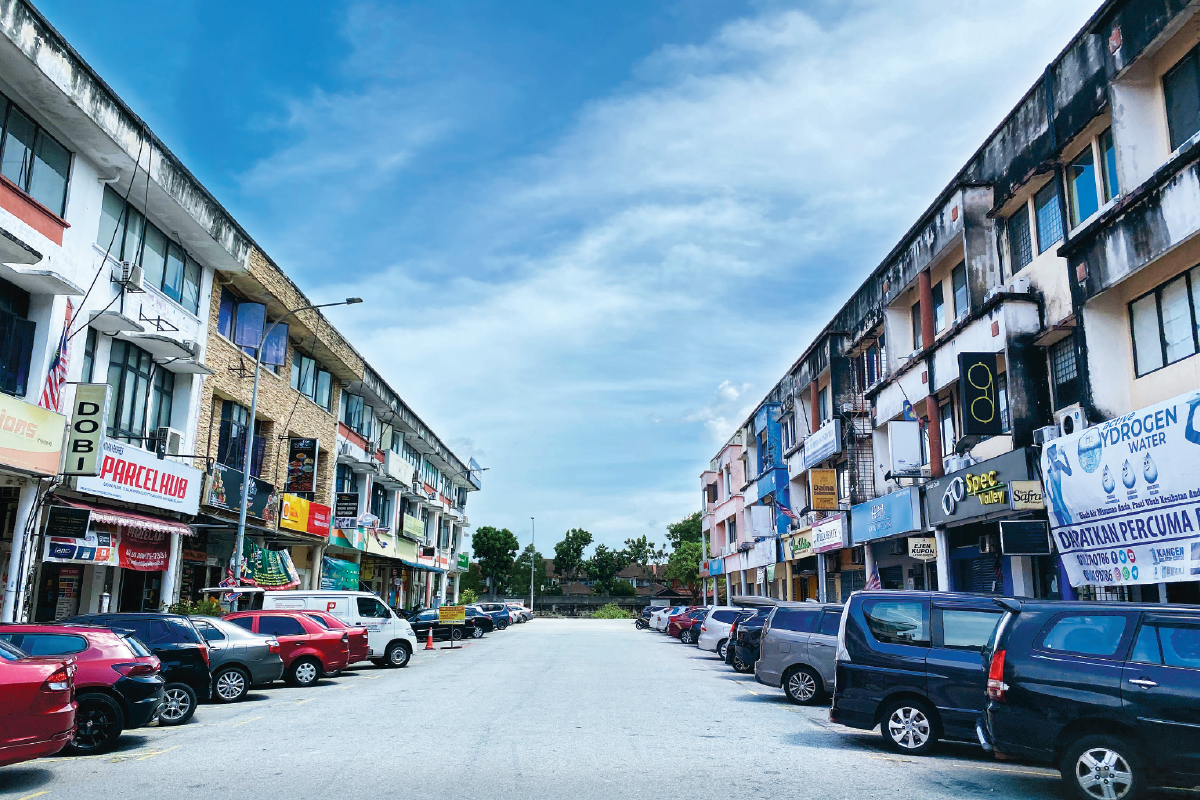 A major township in the Klang Valley, TTDI Jaya has restaurants, convenience stores and banks, among others (Photo by Hannah Rafee/The Edge)

Metro Homes Realty Bhd executive director See Kok Long says property values in the busy area have held steady. “TTDI Jaya, also known as Seksyen U2, is a major township in the Klang Valley. It fronts the main road of Jalan Monfort. Overall, prices of properties there have been stable over the years.”

In terms of transactions in the area, he says, “The last two were in 2019 for intermediate 2-storey shopoffices with built-ups of 3,150 sq ft and land sizes of 1,650 sq ft. They were transacted at RM1.2 million each.”

As for the commercial units that are rented out, See notes that the average rent for ground floor units is around RM4 psf while that for first floor units is RM1 psf. “Yields are high, with a 5.5% to 6% return,” he points out.

“In terms of the average price for commercial units there, it is RM720 to RM750 psf based on the land price.” While values remain steady, TTDI Jaya has its share of issues. “There is competition from other commercial areas in Shah Alam, such as Seksyen 9 and Seksyen 7. Furthermore, access to the area is mainly via Jalan Monfort, and it is located close to the Damansara River, which means it faces potential floods,” See explains.

Nonetheless, the future outlook for TTDI Jaya appears favourable. “The overall outlook is stable and there is a lack of supply of landed shops in the surrounding areas, which is a positive for TTDI Jaya. A yield of 5.5% [and above] is a good buy. I believe property prices there might increase once the economy recovers,” says See.