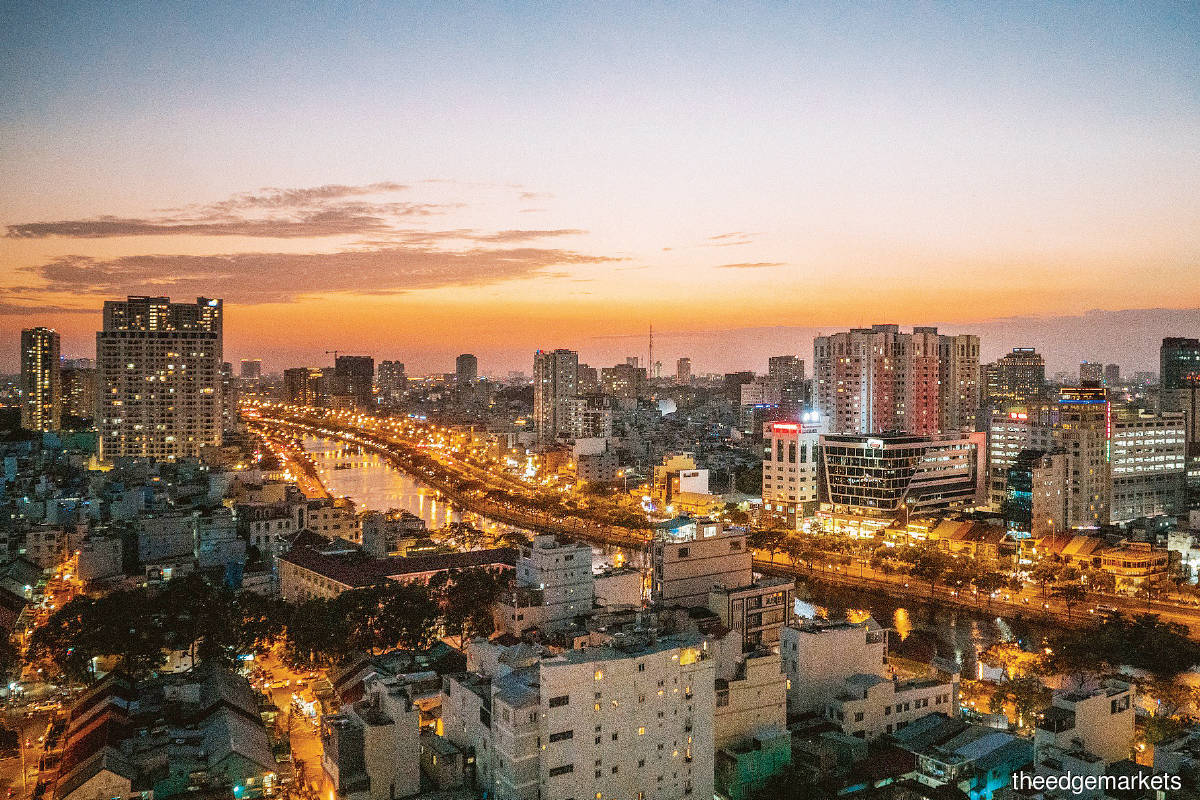 Despite the pandemic, market demand has remained strong, with 6,745 units sold in 2Q2021, a year-on-year increase of 72%

Influenced by its French, Chinese and Southeast Asian heritage, Vietnam is an amalgamation of old and new, of centuries-old architecture and new property developments. Some of these developments emerged in Ho Chi Minh City (HCMC) and Hanoi recently, but has the Covid-19 pandemic impacted their prospects?

“Despite the pandemic’s escalation, market demand remained strong in 2Q2021, with 6,745 units sold, an increase of 72% year on year. The cumulative take-up ratio remained above 80%, thanks mostly to the strong take-up rates in the mid-end and affordable segments,” JLL Vietnam head of research and consulting Trang Le tells City & Country in an email interview.

Trang opines, “Location-wise, as land banks become scarcer in inner HCMC and Hanoi and both cities are supply-led markets, the increasing number of developments in satellite areas of HCMC and Hanoi to capitalise on the opportunity has driven demand towards these areas.”

According to Trang, property developments in the eastern part of Vietnam are gaining more traction. “For example, the eastern part of HCMC (Thu Duc City, Binh Duong, Dong Nai) received a lot of attention recently, thanks to their improved infrastructure and good connectivity. Moreover, Binh Duong and Dong Nai are major industrial hubs in southern Vietnam.”

She adds, “In Hanoi, in the east (Gia Lam, Dong Anh) and the west (Hoai Duc, Nam Tu Liem, Ha Dong) are residential spotlights, also thanks to the good infrastructure in Hanoi and new urban master plans such as the Red River Urban Masterplan, and the plan to upgrade five rural districts into urban districts.”

Trang lists the current challenges facing these developments. “The pandemic, and the legal status of many residential projects, mainly in HCMC and Hanoi, has not been properly improved yet. This, combined with the lockdown situation, which prevents developers from holding launch events and continuing with construction, has resulted in significant delays.”

She says, “The social distancing requirement during the pandemic has made mass launch events, site inspections and showroom visits practically impossible. In the past, an active soft-launch strategy coupled with the launch event was a good milestone in the selling process, with 70% to 80% of the basket sold at the event. Trang: There will be more investments in major infrastructure projects such as the Long Thanh International Airport and metro lines and ring road systems in HCMC and Hanoi. These are good catalysts for the residential market. (Photo by JLL Vietnam)

“Now, with social distancing in place and the expected situation of ‘living with the pandemic’, fewer people are allowed at showrooms and launch events, thus forcing developers and agencies to increase their marketing and sales efforts through online platforms. However, the online platform is good at increasing awareness of the projects, but difficult to lead to purchase decisions, as in the traditional way.”

“Meanwhile, many people’s incomes decreased during the pandemic and they also had to repay bank loans. This may cause homebuyers to reconsider their options, and developers will need to devise more appealing sales programmes and payment schedules to generate more demand.”

Opportunities in HCMC and Hanoi

Vietnam has a young population residing in metropolitan cities such as HCMC and Hanoi. This will be an ideal customer base for the residential segment, says JLL Vietnam.

“During the 2021 to 2025 [review] period, there will be more investments in major infrastructure projects such as the Long Thanh International Airport and metro lines and ring road systems in HCMC and Hanoi. These are good catalysts for the residential market,” says Trang.

Vietnam has become a good destination for foreign direct investment, with many provinces now major industrial and manufacturing hubs (such as Binh Duong and Dong Nai in southern Vietnam and Bac Ninh, Bac Giang and Hai Phong in northern Vietnam), thus attracting a lot of experts and workers. This will create substantial demand for the residential segment, says the real estate services firm.

“Regulation reform expected under new government leadership, beginning in 2021, is expected to improve the investment environment for real estate development. Specially, Decree No 49/2021/ND-CP on the detailed requirements for social housing land within commercial real estate projects is one of the more notable ones, which is expected to support the development of social housing projects, helping to alleviate the current supply-demand disparity in the residential low-price segment,” says Trang.

There are two major themes that will dominate the Vietnam market — “further” and “larger”, says JLL Vietnam. “New supply will likely be in satellite provinces, away from large city centres and on a larger scale, providing a diverse range of supporting facilities and amenities (for example, supermarkets, hospitals and schools) to attract residents to the new areas,” says Trang.

Meanwhile, prolonged social distancing will shape a new trend of “workcation” and “staycation”. “These trends will have an impact on the residential design, for example, integrating flexible working space in units for ‘workcation’, or the project concept, such as a weekend hideaway for the ‘staycation’ project concept,” she adds.

“‘Green’ will be the most frequently mentioned keyword in most new developments. Buyers will pay attention to eco-friendly projects that have more relaxing spaces, low population densities and are a short distance from the CBD, with a naturally friendly environment.”

JLL Vietnam says there will be more attractive promotion programmes and flexible payment schedule options for customers, as well as traditional sales methods combined with online platforms. In the long run, rising costs that reduce home affordability may shift housing demand from owning to leasing or co-owning.