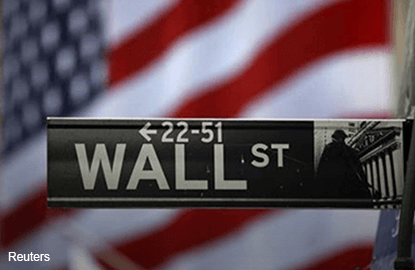 NEW YORK (Oct 7): Major U.S. stock indexes closed little changed on Thursday, even as declining names outnumbered advancers, ahead of job market data seen as key to determine whether the Federal Reserve will raise rates before the end of the year.

Gains in crude prices gave support to the idea that the economy is strengthening, as did a report that showed the number of Americans filing for unemployment benefits fell unexpectedly last week to a near 43-year low.

The data comes a day before the payrolls report for September, expected to show the U.S. economy created 175,000 jobs last month.

The dollar hit its highest since late July against a basket of currencies as the data reinforced the view the Fed may raise interest rates at its December meeting.

Despite the currency's strength, oil prices rose to a four-month high. Crude futures prices have risen nearly 15 percent over the past seven sessions.

However, he said, traders were in wait-and-see mode ahead of the payrolls data.

"It all is a prelude to the jobs number," he said.

Declining issues outnumbered advancing ones on the NYSE by a 1.26-to-1 ratio; on Nasdaq, a 1.54-to-1 ratio favored decliners.

About 6.32 billion shares changed hands in U.S. exchanges, compared with the 7.1 billion daily average over the last 20 sessions.

Twitter shares plunged 20.1 percent to $19.87 as fears mounted that a much-anticipated auction of the social media company will draw minimal interest from potential buyers. Technology news website Recode said Disney and Alphabet would not bid for the company.

Wal-Mart dropped 3.2 percent to $69.36 and weighed the most on the S&P 500 after the world's largest retailer forecast flat earnings for next year.

About 6.35 billion shares changed hands in U.S. exchanges, compared with the 7.1 billion daily average over the last 20 sessions.