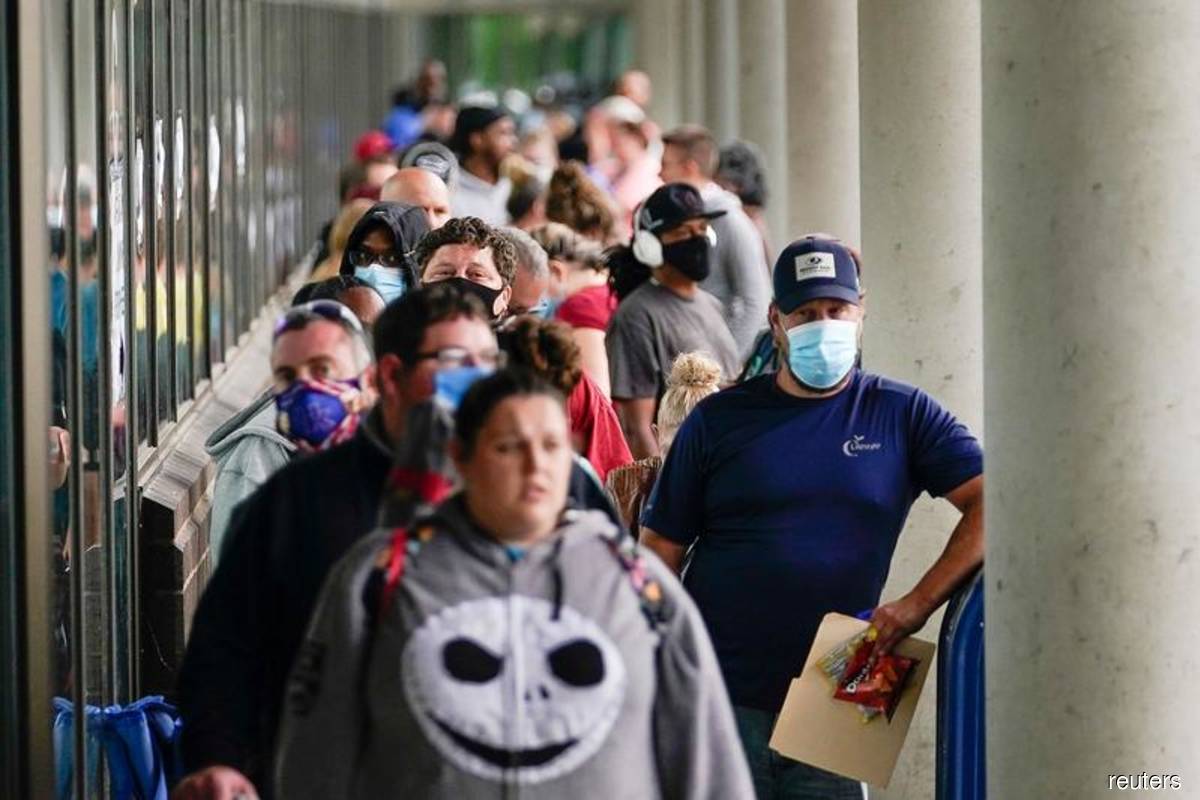 Last week, the Nasdaq's losses put the index down 10% from its closing record, confirming a correction began on Sept. 2.

From the March market lows, "this has been an amazing recovery represented by a few good tech names," said Jake Dollarhide, chief executive officer of Longbow Asset Management in Tulsa, Oklahoma.

"They had an incredible last week of August, and I think this is a rational profit-taking scenario at the moment."

Last week, all three major U.S. stock indexes posted a second straight week of declines as investors sold tech-related names that had powered the S&P 500 to record highs in a dramatic rally from the March lows.

Dollarhide said he expects tech-related names to bounce back before the end of the year. The heavily weighted S&P 500 technology index was down 0.8% on the day, hitting the benchmark index the hardest.

Real estate was down 2.2% and financials fell 1%. Adding to concerns about a stalling recovery, the Labor Department's report showed that while fewer Americans filed new claims for unemployment benefits last week, the number remained perched at extremely high levels.

On Wednesday, the Federal Reserve pledged to keep interest rates low for a prolonged period to lift the world's biggest economy out of a pandemic-induced recession.

Fed Chair Jerome Powell laid out a menu of factors - including wage growth, workforce participation and disparities in minority joblessness relative to whites - that must be satisfied before the Fed would view the economy at maximum employment, and even consider raising interest rates.

"Investors love when the Fed lowers rates, because they feel that's good for market," Dollarhide said.

"But if the Fed says we need to keep rates low for longer, then people start worrying about the economy itself."

Ford Motor Co gained 3.7% as it said it had begun production of the new generation F-150 pickup truck at its Michigan facility.

Declining issues outnumbered advancing ones on the NYSE by a 1.61-to-1 ratio; on Nasdaq, a 1.36-to-1 ratio favored decliners.

Volume on U.S. exchanges was 9.70 billion shares, compared with the 9.47 billion average for the full session over the last 20 trading days.