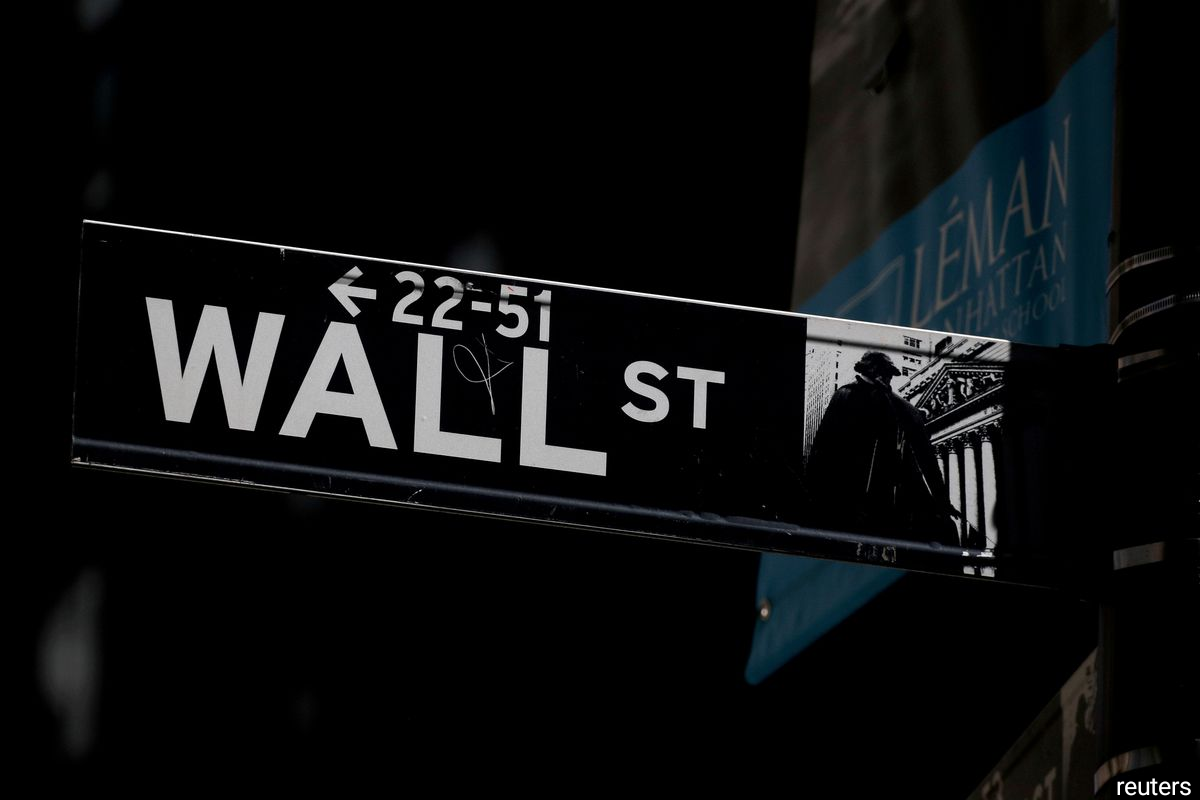 NEW YORK (Oct 15): If regional banks show signs of accelerating loan growth when they report earnings in the week ahead, it could signal an easing of the supply chain bottlenecks that have weighed down the U.S. economic recovery from the pandemic, analysts and investors said.

Overall, small banks accounted for 63% of the approximately $520 billion in loans through the federal Paycheck Protection Program launched in response to the pandemic. The program allowed small businesses to take loans that either could be forgiven or would have a 1% interest rate, according to the U.S. Small Business Administration.

"It seems like everybody else has benefited from the economy reopening but the banks because you've seen very little loan growth" on account of the Paycheck Protection Program, Ellison said. "The pandemic has disproportionably hurt small businesses, and those are the customers of regional banks," he said.

As of June 30th, small banks held 15% of total banking industry loans but an outsized share of Paycheck Protection Program loans, holding 31%, according to the Federal Deposit Insurance Corp.

Overall, commercial loan growth fell 12% in September from a year earlier after bottoming out with a 16.3%% decline in annual loan growth in May, according to data from the Federal Reserve and Oppenheimer. Yet rising inventories at auto suppliers and retailers should bolster loan growth in the year ahead, said Chris Kotowski, an analyst at Oppenheimer.

"It seems likely to us that the next significant move is up — not down — for the simple reason that it can't possibly come down as much as it already has," said Chris Kotowski, an analyst at Oppenheimer. 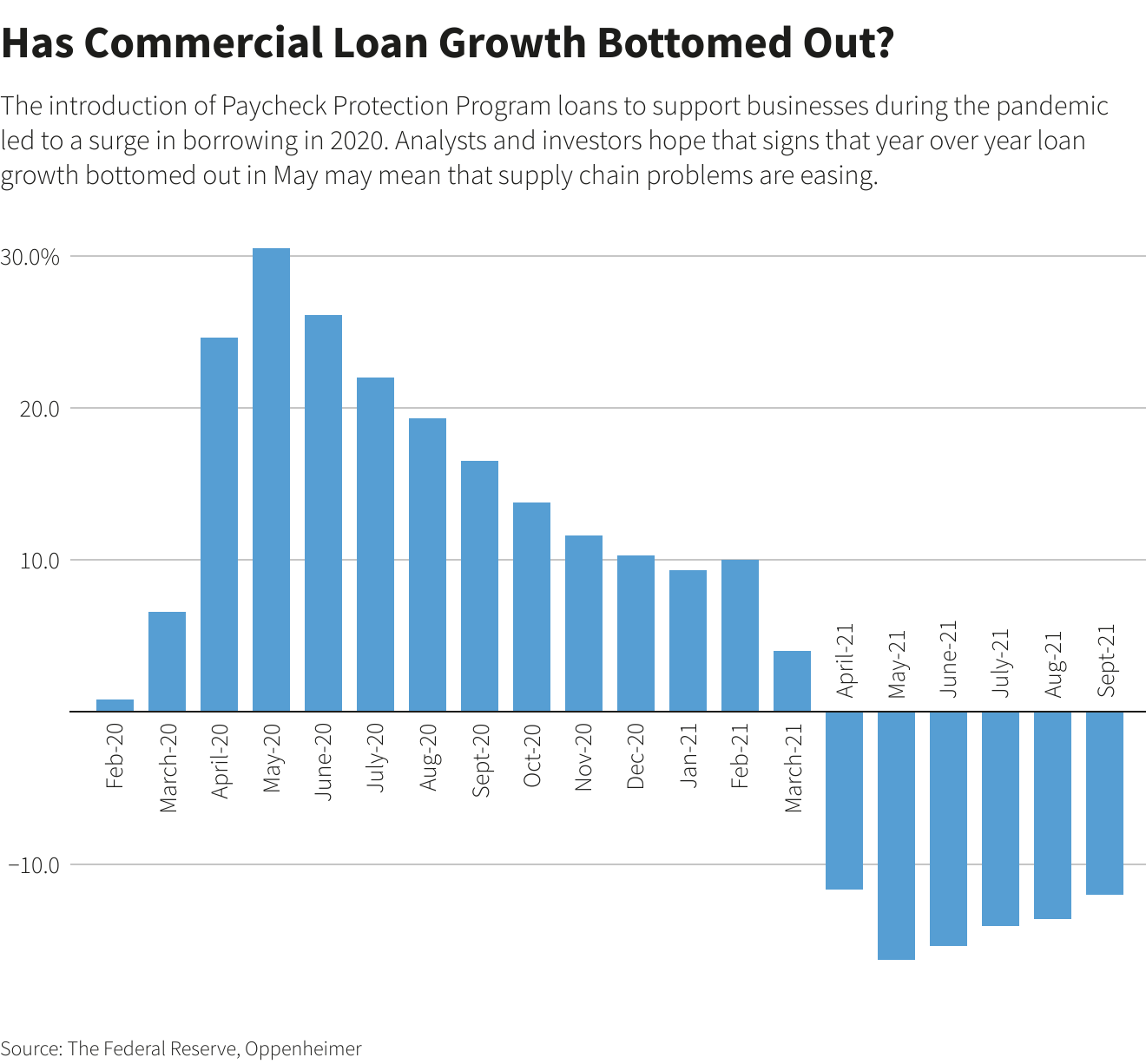 A healthy increase in new loans at regional banks would be a strong signal that supply chain issues are moderating, said Steven Comery, an analyst at Gabelli Funds.

"If clients can't get products to market because of the supply chain they aren't going to be borrowing to build their inventory," he said. "If we see signals that supply chain issues aren't going away then that's going to impact earnings estimates through 2023."

The four largest U.S. banks reported mixed loan growth when reporting their earnings results Oct. 14, with J&P Morgan said loans were up 5% compared to the prior year while Bank of America and Wells Fargo reported declines.

On Wednesday, Oct. 13, shares of First Republic Bank gained 1.5% after the regional bank originated approximately $15 billion in new loans and reported that its average Paycheck Protection Program loan balance was down 39% over the quarter. Those gains in new loans will make it likely that the bank will raise its guidance in the coming quarters, noted Casey Haire, an analyst at Jefferies.

Concerns over loan growth by regional banks comes at a time when the sector's shares are trading near record highs. Regional banks in the S&P 500 are up nearly 37% for the year to date and are just below the high they reached on Oct. 8, according to Refinitiv data.

Despite those gains, regional banks continue to look attractive based on valuations, Ellison said.

Regional banks in the S&P 500 trade at a forward price to earnings ratio of 13.5, well below the 21.2 of the broad S&P 500, according to Refinitiv data. Valuations will likely rise alongside the yield of the benchmark 10-year Treasury, which is used to set rates for loans including mortgages, Ellison said.

"Valuation is not a problem for future gains," he said.