Weida to acquire Premium Fortune for RM6m, not just land 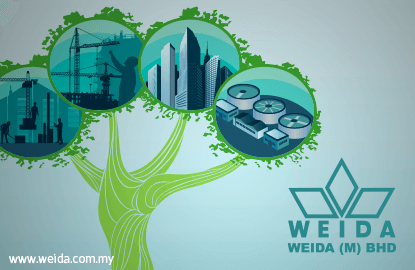 KUALA LUMPUR (Nov 11): Polyethylene-based building materials manufacturer Weida (M) Bhd has changed its plan to acquire a 40,140 sq m piece of land in Kuching, Sarawak, for RM6 million cash. Instead, it is now proposing to buy the company that owns the piece of land.

In a filing with Bursa Malaysia today, Weida said the proposed share acquisition is more cost efficient from a transactional costs perspective than the proposed land acquisition.

"The proposed share acquisition will (also) result in rental savings of approximately RM60,000 per year to Weida Group," it added.

It added that its wholly-owned subsidiary Weida Integrated Industries Sdn Bhd (WII) had yesterday signed a deed of rescission and termination with Premium Fortune Sdn Bhd to mutually rescind and revoke the sale and purchase agreement signed on Aug 17.

Following this, it had signed a sale of shares agreement (SSA) with Datuk Lee Choon Chin who holds 90% of Premium Fortune shares and Jee Hon Chong who holds the remaining 10% stake (collectively the vendors), to acquire the entire equity interest in Premium Fortune for RM6 million.

Lee is deemed an interested party in the proposed share acquisition as he is Weida group executive chairman and a major shareholder with a 5.57% direct and 21.19% indirect stake in the group.

Jee, meanwhile, is the executive director and a shareholder (1.39%) of Weida.

Premium Fortune had acquired the piece of land on Aug 16, 2000 at an original cost of investment of RM935,000 and had leased it to WII for its manufacturing operations. The land's net book value stood at RM556,127 as of March 31.

The completion of the proposed share acquisition, which is expected within three months from the date of the SSA, will see Premium Fortune become a wholly-owned subsidiary of WII.

"The board is of the view that the proposed share acquisition is beneficial to WII and Weida Group in that it allows WII to own the land (via Premium Fortune). WII currently occupies the land for its manufacturing operations under a rental arrangement with the vendors and therefore owning the land will provide WII greater certainty over the use of the land," said Weida.

"Also, as the land is adjacent to WII's factory, owning the land will accord WII better control over any future development and expansion plans.

"Given the land is strategically adjacent to Demak Laut Industrial Estate Phase II, WII may stand to benefit from the potential appreciation in value of the land," the group added.