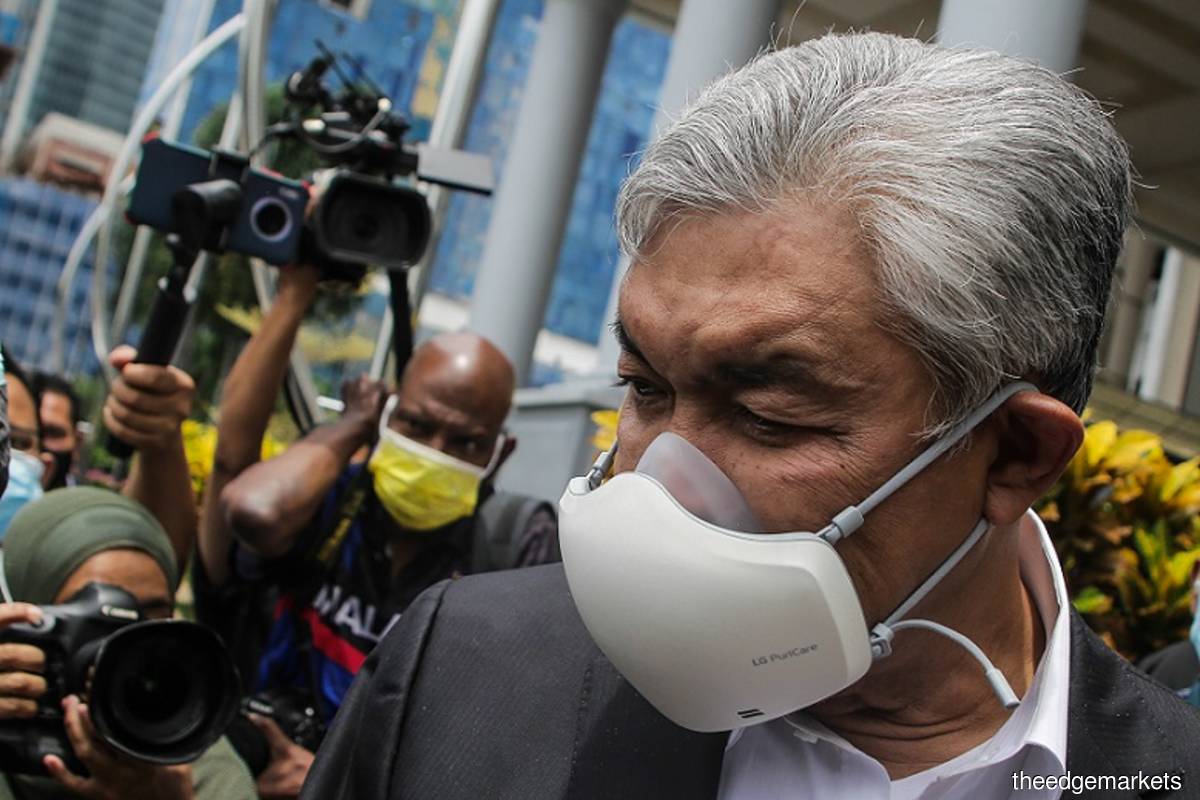 KUALA LUMPUR (Oct 12): The Board of Trustees (BOT) of Yayasan Akalbudi (YAB) were mere "puppets" who were controlled by Datuk Seri Dr Ahmad Zahid Hamidi, and their appointments were just to make up the numbers in that foundation, the High Court heard on Tuesday.

Deputy Public Prosecutor Datuk Raja Rozela Raja Toran said all the BOT members did not make any single contribution and all instructions came from Ahmad Zahid.

“YAB was basically his (Ahmad Zahid) because he is the main contributor to that foundation. The other trustees are mere puppets. It is as if Samsuri (Samsuri Tun), Prof Zulkifli (Dr Zulkifli Senteri), Nabil (Muhammad Nabil Saleh) and Datuk Khairuddin (Datuk Khairuddin Tarmizi) were appointed merely to make up the numbers (in the BOT).

“Ahmad Zahid was the controlling mind behind YAB and on top of that, he was the sole authorised signatory of YAB cheques, so he authorised of YAB bank accounts. The accused was in the position to make use of the trust funds, according to his whims and fancies,” she said in her submission at the end of the prosecution’s case in Ahmad Zahid corruption trial.

She added Ahmad Zahid also had the ability to dictate the inflow and outflow of YAB funds.

“It is the prosecution’s contention that the accused had in fact exercised that dominion when he dishonestly misappropriated YAB funds for his personal gain,” Raja Rozela said.

Raja Rozela further submitted that on April 4, 2012, Ahmad Zahid made himself the sole signatory for YAB’s bank account.

“The said resolution was signed by the accused, Muhammad Nabil and Khairuddin. The change in signatory took effect on June 20, 2013, as indicated in the Signature Maintenance Form (Borang Kemaskini Tandatangan),” she added.

Ahmad Zahid, 68, is facing 47 charges — 12 for CBT, eight for corruption, and 27 for money laundering — involving tens of millions of ringgit belonging to YAB.

The hearing of the submission before Justice Datuk Collin Lawrence Sequerah continues on Wednesday (Oct 13).