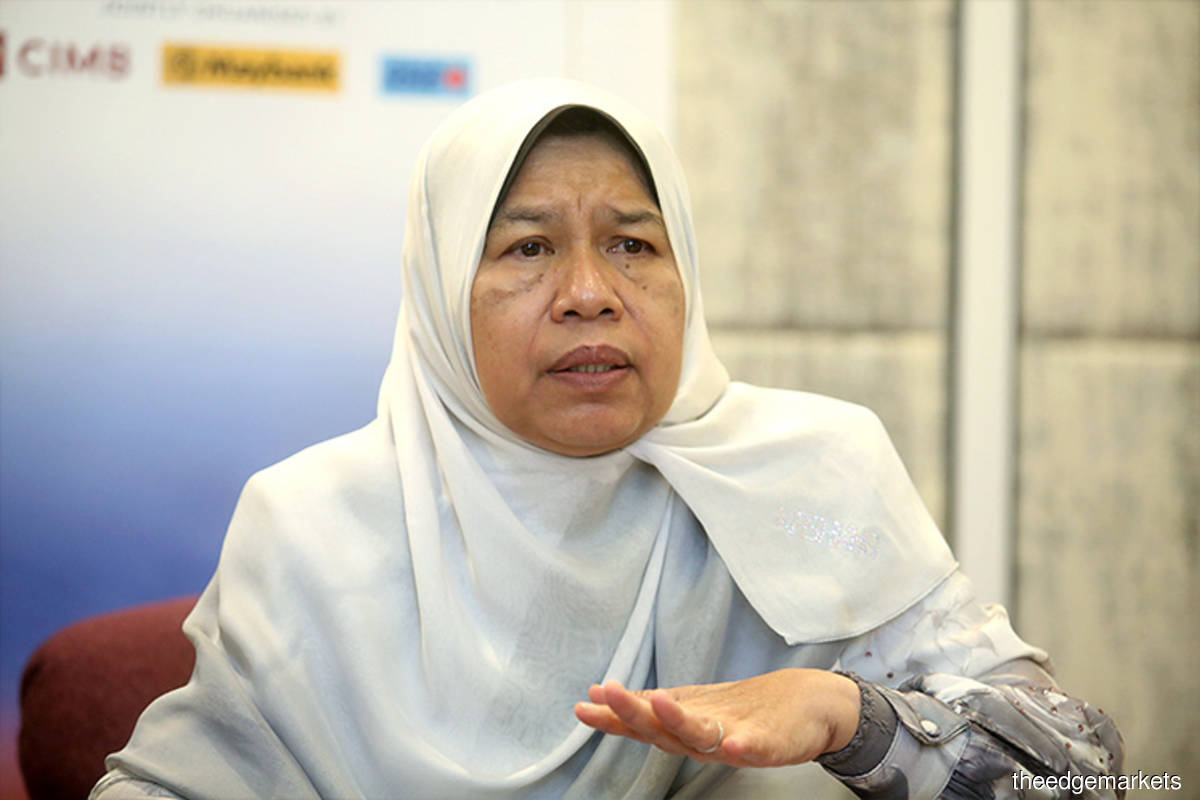 KUALA LUMPUR (April 28): With the world’s largest exporter of palm oil out of the picture, Minister of Plantation Industries and Commodities Datuk Zuraida Kamaruddin is confident that Malaysia will be able to meet global demand for the vegetable oil.

Following Indonesia’s halt in palm oil exports effective Thursday (April 28), there is concern of a global supply shortage, but Zuraida gave a reassurance that
Malaysia will be able to meet the international demand by raising production.

“Yes, we will still be able to [meet] global demand because with the borders reopened, foreign labour is coming in. We will be able to increase our production and productivity and we should be able to supply the [global market],” she said in a press conference after an event at her Ampang parliamentary constituency.

Indonesia accounts for 56% of global palm oil exports, followed by Malaysia at 31%. With Indonesian exports halted, a large gap in supply is left to be filled.

Zuraida also commented on the Malaysian Palm Oil Board’s (MPOB) call for a temporary suspension of Malaysia’s biodiesel mandate to ensure adequate supply of palm oil for use in food, after the Indonesia ban on palm oil exports is implemented.

The minister stressed that there will be no changes to the biodiesel mandate.

“We are still proceeding with our biodiesel [mandate], but the concentration is not so much that now, as we are going into a circular economy of biomass,” she said.

On another matter, the minister said inflation may be an impending issue, as the Indonesian palm oil export ban, coupled with the Ukraine-Russia conflict will impact
global vegetable oil supply.

Forced labour issues may also usher the supply and demand situation into bad waters, as the ongoing forced labour dispute Malaysia faces with the European Union (EU) and the US remains unresolved.

Previously, Zuraida said Malaysia is seeking to meet the US Customs Border Protection (CBP) and the European Union in July to address the allegations, as well as the fallout from withhold release orders issued by the CBP to FGV Holdings Bhd and Sime Darby Plantation Bhd back in 2020.

Jakarta’s announcement on Wednesday of a broadening of the scope of its export ban on raw materials for cooking oil to include crude and refined palm oil, left markets bewildered.

This is because just a day earlier, the country’s coordinating minister for economic affairs, Airlangga Hartarto, reportedly said that the ban would only apply to palm olein.

Airlangga was quoted as saying that the export ban would stay in place until prices of bulk cooking oil fall to 14,000 rupiah (RM4.22) per litre.