How to grow your assets in the volatile markets 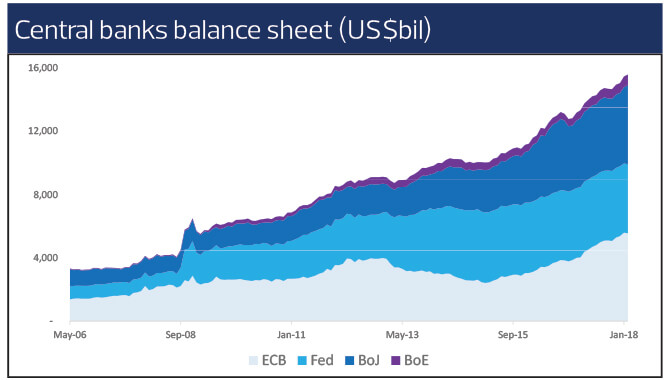 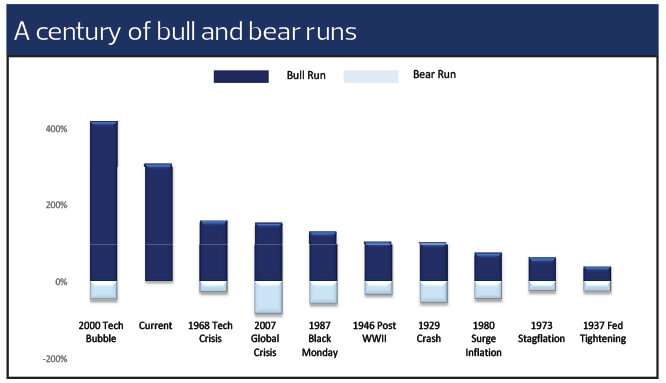 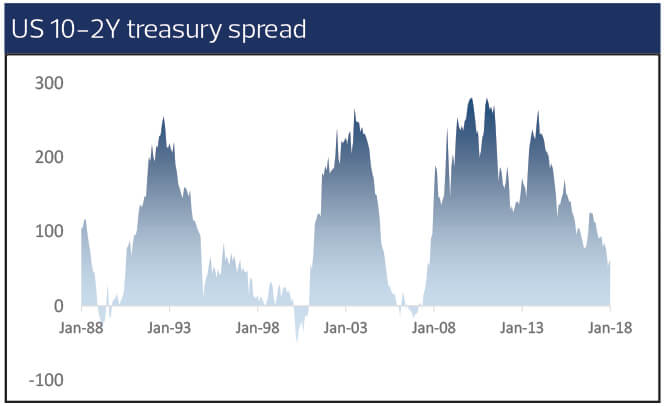 The beginning of 2018 has been quite a suspenseful ride for investors. Just one month into the new year, the Dow Jones Industrial Average dropped more than 1,000 points in one day, triggering a massive sell off that spilled over to global markets. While the markets recovered in the following weeks, the sudden plunge was enough to spook some investors and spark concerns of a meltdown.

But many experts opine that it was merely a long overdue market correction. After all, 2017 was a good year for equities. The Dow Jones Industrial Average rose over 40% since the election of US President Donald Trump in late 2016. According to Reuters, the MSCI Index of bourses in 47 countries increased by 22% and was almost US$9 trillion higher than in 2017.

It was seen as a step towards the recovery of the global economy after the financial crisis. The global growth rate has been picking up steadily against the backdrop of the cyclical upswing movement and accommodative monetary policies implemented by central banks over the years to stimulate economic growth.

Many economists predict that the growth momentum will continue this year. In fact, during the World Economic Forum in Davos, the International Monetary Fund revised its 2018 global growth target to 3.9%, an increase of 0.2% from its previous estimate. The more optimistic outlook reflects the strengthening growth momentum and impact from the recently approved US tax policy changes that are expected to stimulate activity.

However, there is caution amidst the optimism. The current growth level is still some distance away from the pre-global financial crisis in 2008, and yet this is reasonable given the low inflation and low interest rate environment. The growth level shall continue to pick up as the balance sheet of major central banks expand, and might face headwinds once the balance sheets start to potentially shrink in 2019, according to the RHB wealth research team.

Strong wage data and the gradual uptick in inflation has already led the US Federal Reserve to hike the interest rate three times last year, a move followed by central banks around the world later. According to the Federal Open Market Committee’s meeting minutes in February, more rate hikes are to be expected this year regardless of market volatility.

Central bank policies will continue to be the main focus this year as the tide shifts from accommodative to tightening measures, resulting in an environment with less liquidity. Rising sovereign yields will bring headwinds to the fixed income market, especially in the high-yield space.

The expectation of tighter monetary policies will also lead to increased volatility in the market, as higher interest rates mean it becomes more expensive to borrow. The US stocks, bonds and credit space has become the most expensive it has been since 1900, according to a report by Goldman Sachs last November. It predicts that a recession might start late 2019 to mid-2020. Famous investor Jeremy Grantham, who is the chief investment strategist of asset management firm Grantham, Mayo, & van Otterloo (GMO), warned investors in January to prepare for a near-term melt up, followed by a crash in the US stock market.

The RHB wealth research team also believes that the market will need to brace for a correction in 2018, but its impact will be softened as long as earnings and sales continue to grow healthily. According to the team, the US treasury 10Y2Y spread will serve as one good indicator to monitor animal spirits moving forward as the negative spread has a general tendency indicating a downturn.

Currency movement will also be crucial as the rising volatility in the FX market is bringing sizable upside or downside towards the performance of the particular asset. FX volatility has been low in the past few years due to low interest rates and high liquidity. The recent market turbulence has already spurred a jump of price swings in the currency market to the highest since November 2016 on a monthly basis, according to JP Morgan Chase & Co.

Another factor that might influence markets are political events such as the upcoming elections in Brazil, uncertainty yield from Euro and Brexit, the tensions caused by North Korea as well as the unrest in the Middle East.

Against this backdrop, here’s how investors can strategise for the coming year.

US Treasury yields are expected to spike in 2018, according to the RHB wealth research team, followed by European and Japan government bond yields. Bond prices will then be pressured according. The fall in bond prices might take place simultaneously with the correction in share prices as the US market undergoes its long overdue correction in which witnessed in February.

Under these circumstances, the RHB wealth research team advice is to stay invested, but be cautious. The increasing interest rate environment will be less friendly towards bonds as the required rate of return and risk free rate climb, hence investors can shift some of their exposure to other safe haven assets such as commodities. Investors can also tap on opportunities by exposing themselves to cyclical risk assets, including certain sectors within the equity space.

On the other hand, investors should be cautious of the fixed income space and allocate more to shorter duration instruments to limit their exposure to rising rates, warns the RHB wealth research team. Credit spreads for Investment Grade (IG) and High-Yield (HY) bonds against the Treasuries are hovering at their lowest levels since the previous peak in early 2016. The credit market is also now pricing in economy stability and the slow and shallow path of normalisation. The spreads within US IG and US HY is now at 230 bps (the historical low is at 160 bps). At this point of time, the team prefers IG bonds against the backdrop of reduced compensation for credit risk.

However, the team underweights US, Euro and Japan bonds. Instead, emerging market (EM) bonds are preferred over developed market (DM) bonds as central banks in the EM region have not cut rates as much compared to those in DM. There is lower risk of a rate hike so there are more reasonable risk-adjusted opportunities within the EM. The team also warns investors to avoid sovereign bonds -- especially those with negative yields -- because their valuations are distorted.

With regards to equities, the RHB research team prefers large cap stocks rather than small and mid-cap stocks due to its stability. This is in line with the team’s view that volatility will return in 2018 after a rally in 2017, with the US stock market delivering a Sharpe ratio of close to 4.0.

US stocks are now more expensive than non-US stocks and with the mean reversion likely to happen this year, this offers more opportunities for non-US stocks. This is reflected by the rapidly increasing earnings momentum outside the US. The RHB research team believes that the transformation in China and India will likely to lead the Asian equity market registering relatively higher returns. The bullishness for EM equities is echoed by Grantham, who has called for investors to own as much emerging market equity risk as they can handle.

In terms of sectors, the RHB research team prefers energy stocks with a strong conviction given the broad-based recovery in energy prices. It will benefit profit margins of the companies, who have become leaner after years of transformation. Other sectors such as banking are also poised to benefit from higher interest rates and growth in economic activity. The team is optimistic on evergreen sectors such as healthcare, as there is growing concern regarding rising healthcare costs throughout the past decades. On the other hand, the team suggests investors avoid utilities and telco services that have lesser upside catalysts; and to grab the correction as buying opportunity. Correction shall be deemed as healthy as long as the fundamental remains solid.

To achieve the benefits of diversification, investors can set aside 20% of their portfolio and venture into alternative investments (structured products) and commodities, such as gold and oil. Major banks including JP Morgan and Bank of America Merrill Lynch have raised their Brent crude oil price targets for the year as they expect oil prices to recover after a weak performance in 2017. The asset allocation towards equity, fixed income and alternative assets such as commodities will depend on the individual’s risk appetite. Investors with a higher risk appetite can consider increasing their exposure to equities and commodities.

For investors who want to gain exposure to these trends and themes, they can check out the wide range of wealth products offered by RHB. For instance, investors who want to gain exposure to the theme of rising commodity prices can do so via the Dual Currency Investment product that offers investors exposure to gold. Investors can also gain exposure to global synchronised growth by investing in global equity, global mixed asset and/or global fixed income via a wide range of product suites in the RHB fund shelf. They can also talk to the RHB Relationship Manager on how to construct their own portfolios based on their risk appetite, time horizon and goals.

This wealth advisory article is contributed by RHB Premier Wealth Team. For further info, please log in to https: www.rhbgroup.com