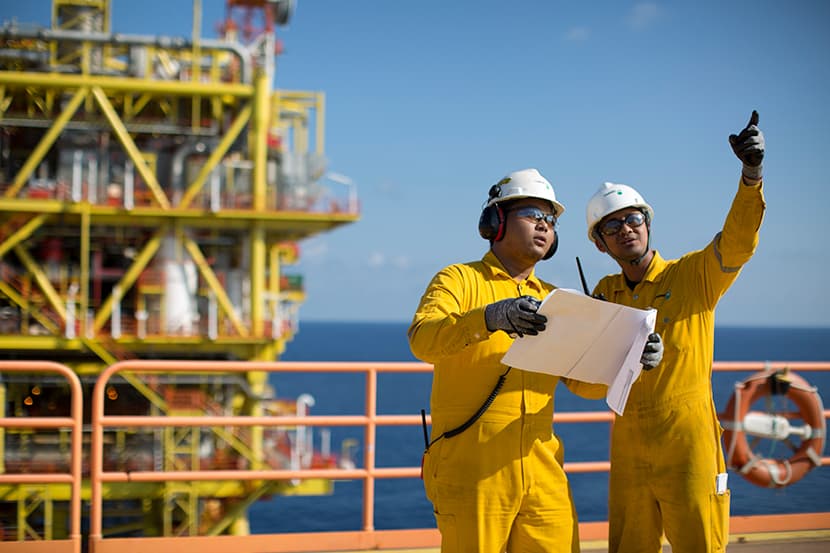 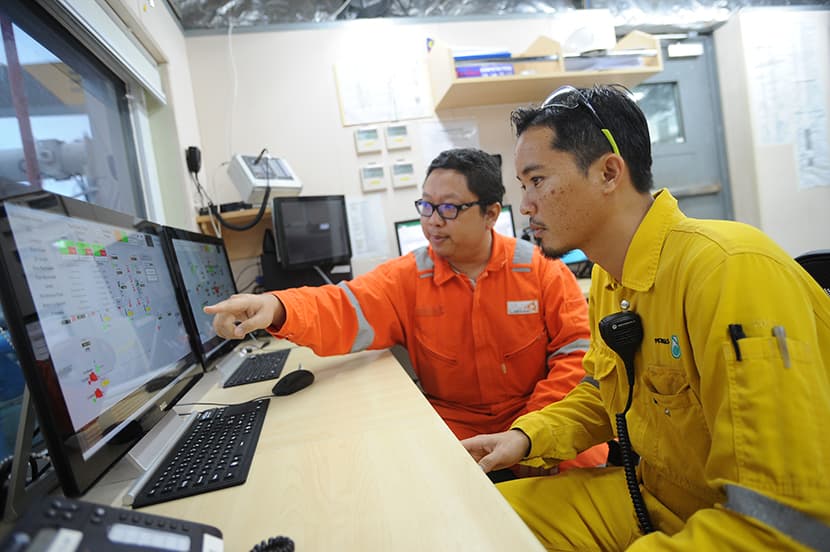 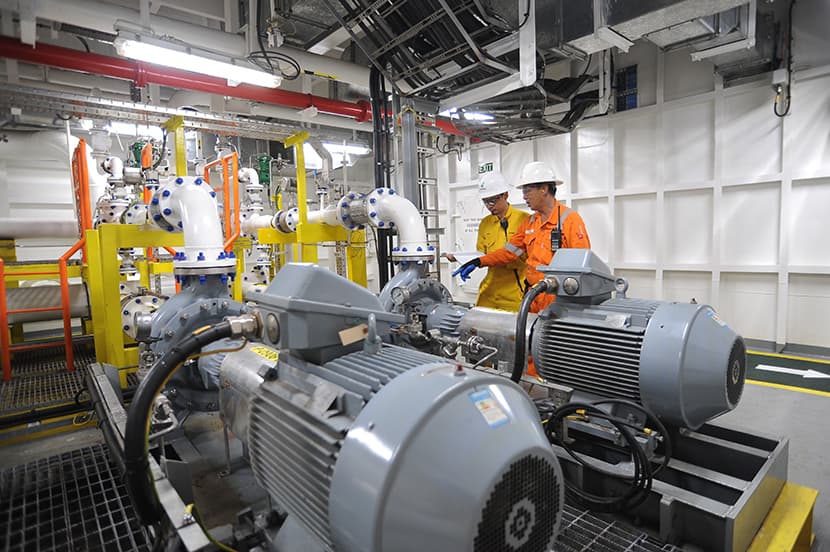 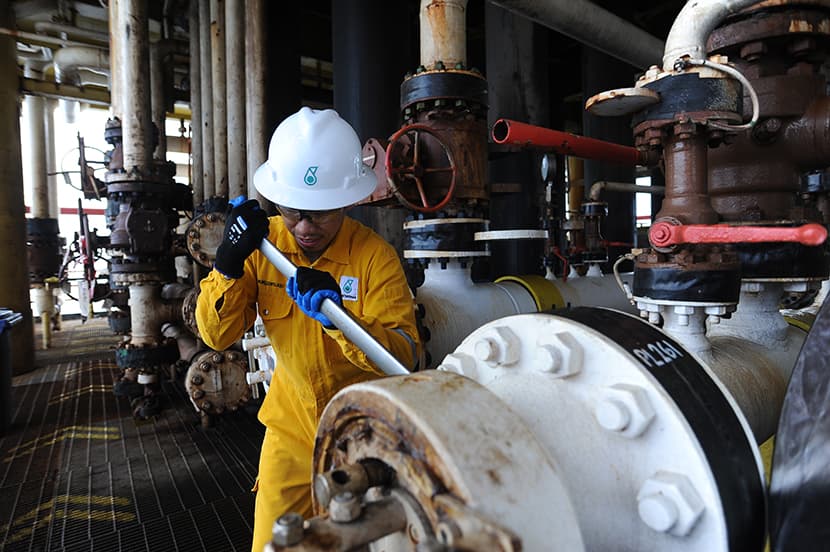 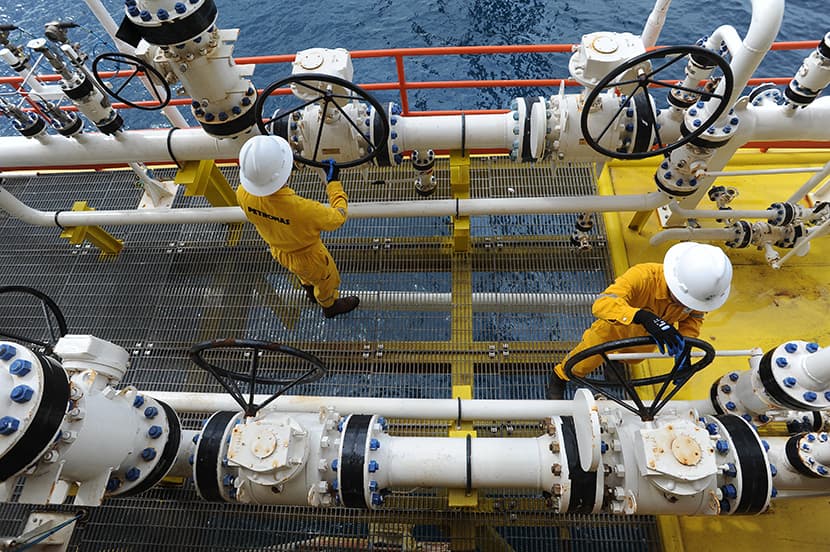 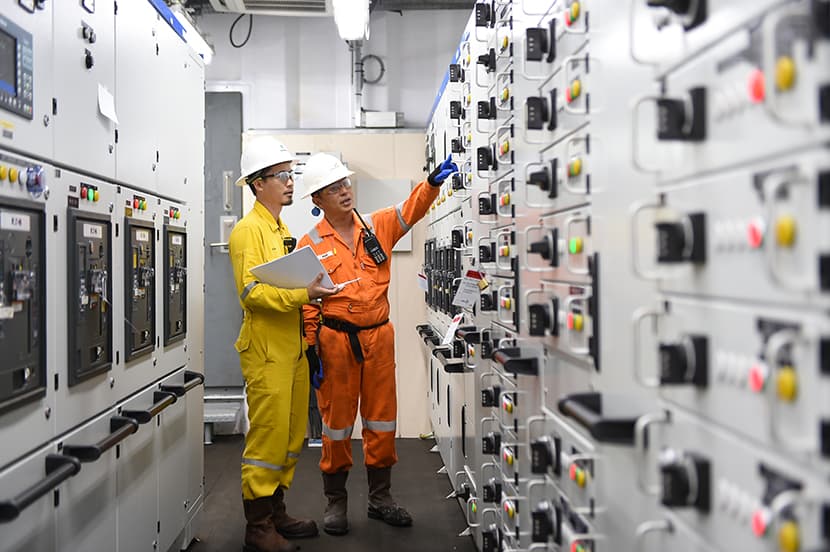 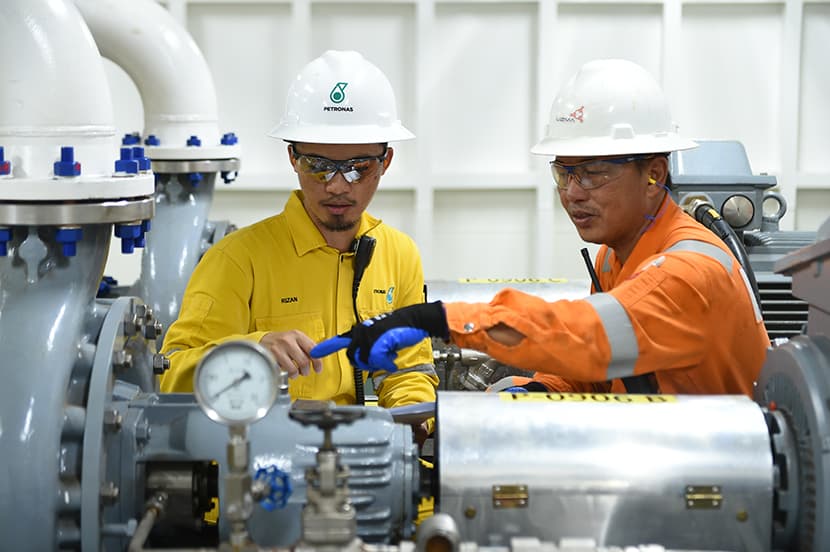 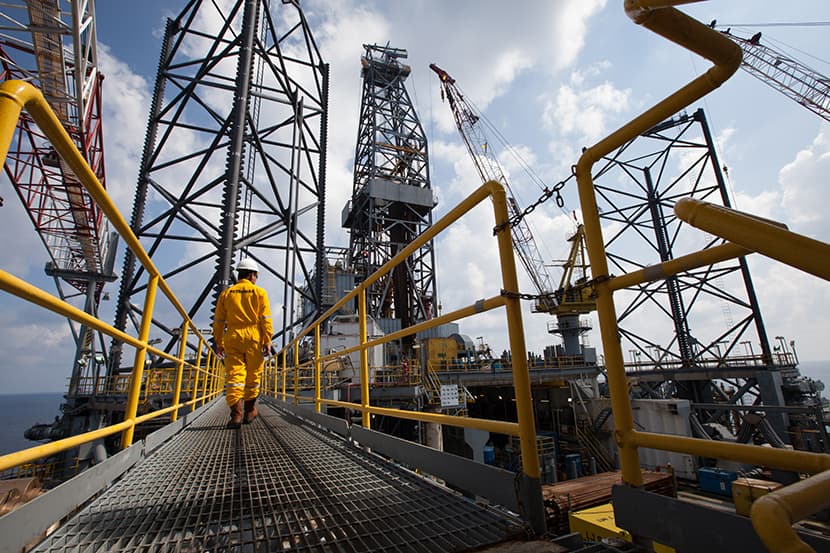 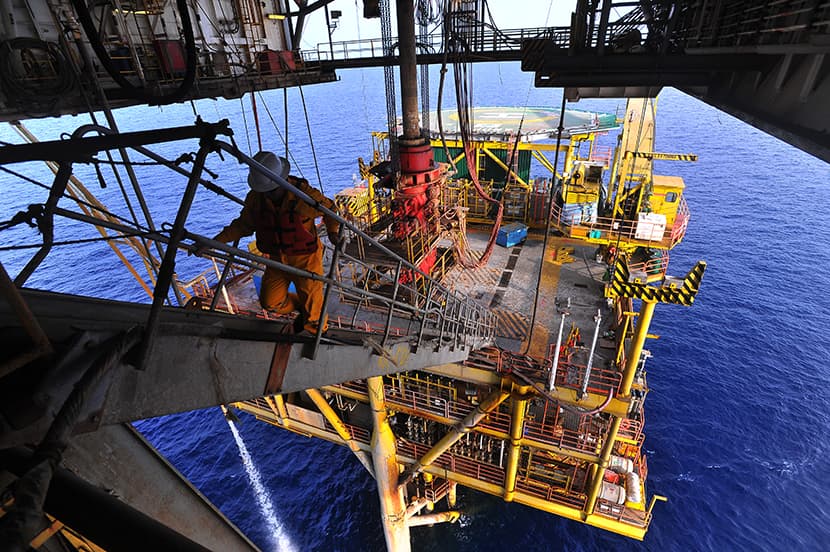 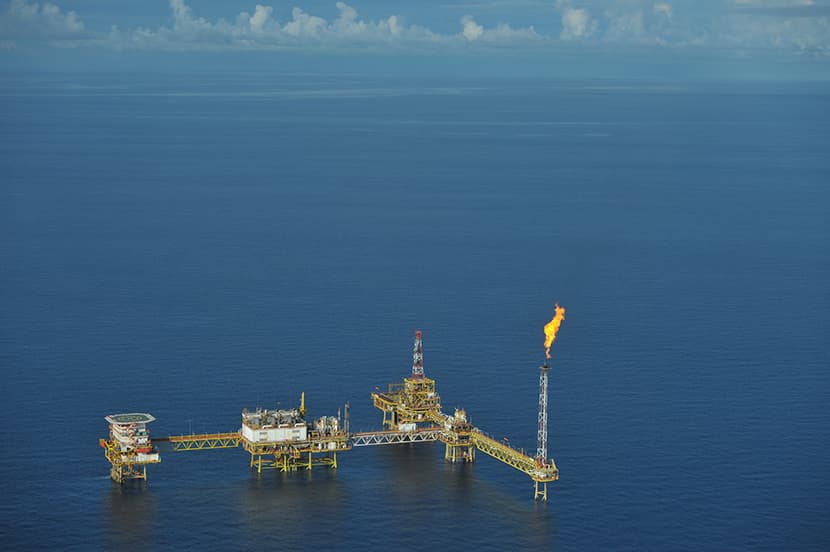 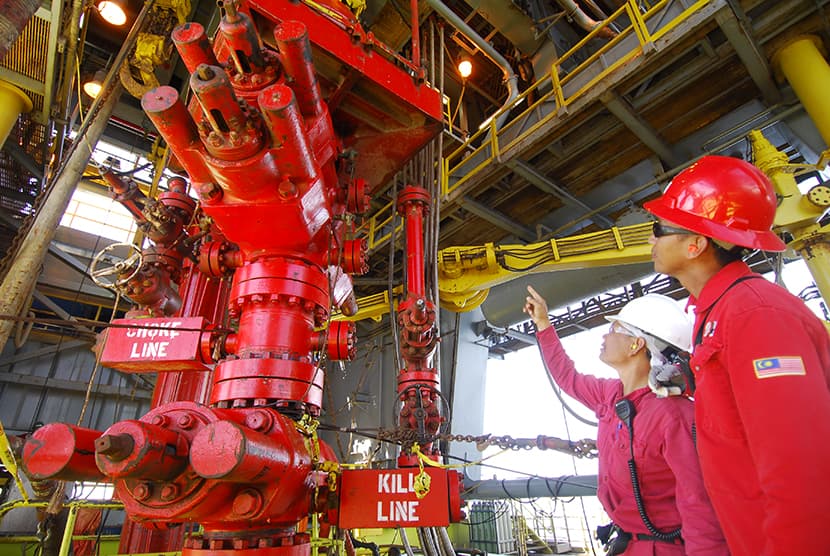 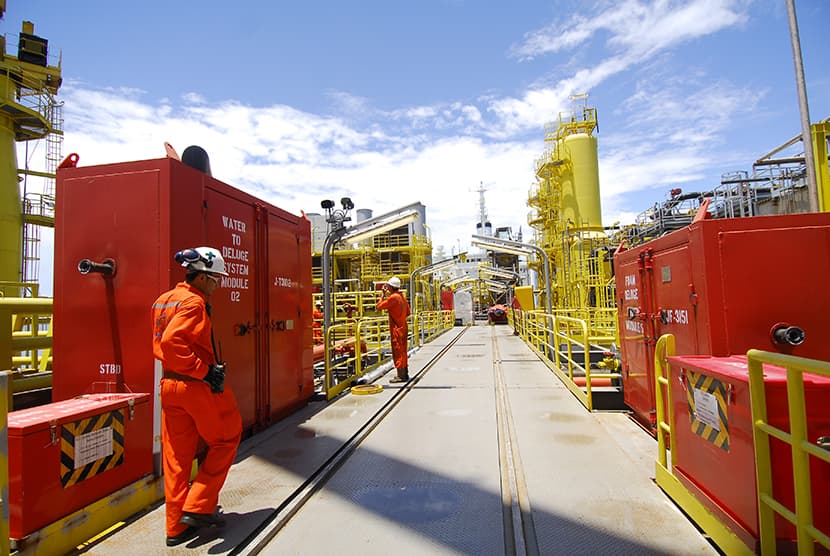 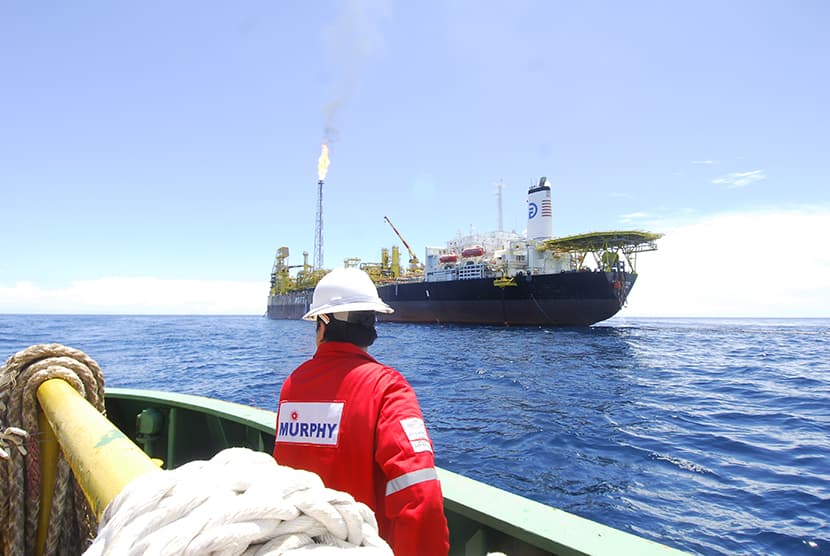 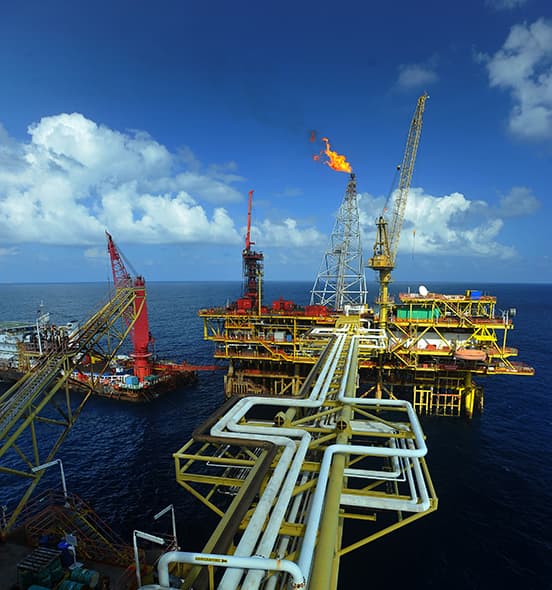 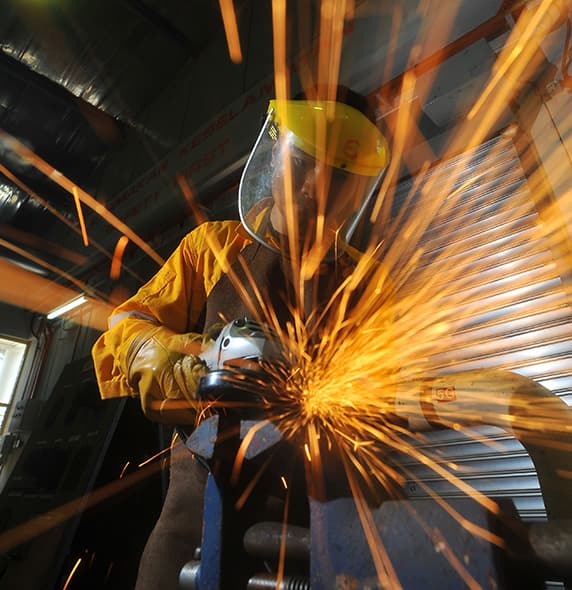 The past couple of years have witnessed a slowdown in global oil and gas activities following the drop in oil prices. However in Malaysia, industry experts remain confident that the industry's ecosystem will be able to thrive despite current challenges, in line with the aspiration to turn the country into a regional oil and gas hub.

Efforts to pursue this ambition continue at a time when the global oil and gas market is still trying to figure out the balance between supply and demand, and renewable energy is enjoying increasing attention. While we are on target, is it the right one?

Looking at what our neighbours aspire to be, that might just be the case.

Meanwhile, Indonesia's national oil firm PT Pertamina is reportedly spending billions of dollars to lift its local O&G sector from what Bloomberg has described as a slump. Once a key O&G player in Southeast Asia, Indonesia has seen a decline in O&G investments and production due to " lack of long-term vision", critics say.

In both cases, the two players understand that O&G is a cyclical business, and neither wants to miss the next upswing when it arrives.

Malaysia too saw the potential of oil and gas a long time ago, and like Indonesia and Singapore it had put into effect a strategy and investments to grow its local O&G industry, meeting each upswing in cycle with great success, benefiting both the country's economy and the growth of the local Oil and Gas Services & Equipment (OGSE) sector in the process.

This started with the formulation of the Petroleum Development Act (PDA) and the setting- up of national oil corporation Petronas in 1974. Malaysia saw the need to manage its O&G as national assets and to get more petro-ringgit from these resources following the first modern oil shock in 1973, which raised prices to the high teens in US dollars per barrel.

Under the PDA, Malaysia centralised control over its oil reserves - which are the fourth largest in Asia - under Petronas. The production-sharing contract (PSC) system, which Petronas adopted from Indonesia in 1976, also helped the nation gain a larger share of the profit from production, while the state governments received 5% cash payments for production in their territories.

During this time, Malaysia benefited from the "young" status of its oil reserves - oil was cheap and easy to extract from the local shores. Furthermore, the development of computer-ised tools, such as in seismography, allowed previously commercially impractical fields to be re-explored.

The "easy period" of the 1980s and 1990s also permitted Petronas to plan ahead in anticipation of maturing fields in Malaysia by the 2000s.

In the 1980s, it embarked on a diversifica-tion plan to further augment the value from this resource. This entailed its expansion in the downstream sector, giving birth to what was seen as the gas era in Malaysia. Its Peninsular Gas Utilisation (PGU) project was aimed at using gas as a new domestic energy source to power the nation's industrialisation drive in Peninsular Malaysia. The usage of more gas allowed the country to export its crude oil.

The period also saw Malaysia emerge as one the world's largest natural gas producers and exporters, following the setting-up of an LNG plant in Bintulu, Sarawak.

In the 1990s, Petronas embarked on a globalisation strategy by venturing into exploration and production in countries such as Vietnam and Thailand, to secure its long-term survival. Today the company has upstream assets in more than 20 countries, with downstream presence in over 100 markets.

The growth of Petronas corresponds well with the overall development of the oil and gas industry in Malaysia and the country's aspiration to become a regional oil and gas hub.

The expansion of the oil and gas value chain had spurred the growth of local businesses and spin-off industries. This was further strengthened by the combined efforts of Petronas and the government to encourage local players to pursue opportunities in OGSE in line with the New Economic Policy of the 80s.

Today there are more than 4,000 registered service providers with Petronas, and about two-thirds of the oil and gas industry's services and equipment requirements are supplied by local companies.

Initially, capital investment, technology and talent were a challenge. There were very few local players who had the resources, capabilities and technologies to fulfil the stringent requirements of oil and gas compa-nies. Those that were involved were agents or middleman, which meant that the majority of the requirements were filled by expensive foreign vendors.

Petronas, which oversees the licensing of services and equipment providers operating in the industry, worked to encourage local OGSE to participate in various ventures.

In 1993, Petronas set up its Vendor Develop-ment Programme (VDP), under the supervision of the Ministry of International Trade and Industry (Miti), to develop resilient and competitive bumiputera entrepreneurs in different parts of the O&G supply chain.

The goal was to develop SMEs to be more competitive and progress from basic jobs into more complex areas and eventually graduate to undertake jobs in the open market locally and internationally.

The VDP also provided opportunities to open new areas in the development of domestic oil and gas technology and manufacturing. Petro-nas worked with and guided local companies to build up their capabilities to meet industry requirements.

Currently, there are over 99 companies under Petronas' VDP with about 64 companies that have "graduated", including listed company Serba Dinamik Holdings Bhd and ProEight Sdn Bhd, to name a few.

Serba Dinamik which started out in Bintulu, Sarawak graduated from the VDP in 2007.

"In 2015, Serba Dinamik was appointed an anchor company by Miti to commence our own VDP, and now we have a total of six vendors under our wing."

Meanwhile, ProEight Sdn Bhd MD, Ir Azhar Zainal Abidin, said: "Through the guidance and support of the Petronas VDP, we were able to set clear targets, and a structured plan that helped ProEight expand and grow its business in manufactur-ing and design using research and development and innovation. "With proper business strat-egies and plans, we have been able to allocate more than half of our revenue to invest in state-of-the-art facilities," said Azhar, whose company's revenue had grown from RM1.85 million to RM19.46 million when it graduated from the VDP in 2014.

ProEight's manpower had also grown from 48 employees to 180, while its facilities grew to include two office buildings in Kuala Lumpur, five manufacturing buildings located in Batu Caves, Teluk Kalung, Miri, Bintulu and Labuan, and more than 130 units of machines and equipment.

Abdillah Yassin, MD of North Java Sea Sdn Bhd (NJS) which joined the VDP programme in 2014, echoes a similar story.  "Since its incep-tion in 1993, the VDP programme is designed to grow more resilient and competitive bumiputera entrepreneurs in medium and high technology manufacturing and technical services with im-port substitution as the main goal."

"Petronas has been very supportive of us throughout this period. Thanks to their professional advice and guidance, NJS has grown in size, quality and productivity. This programme has provided us with a stepping stone to com-pete with other international companies."

Millennial oil boom lifts OGSE players The government's decision to take control of Malaysia's oil and gas resources under the PDA has led to the efficient management of the country's oil and gas resources under Petronas.  Since then things have been put in motion to develop local capabilities and technologies.  The ripple effect from this has paved the way for Malaysia's industrialisation.

Later in 2008, a global recession saw oil prices plunge about 70% from their peak, but a combination of declining worldwide reserves, price speculation and worries over peak oil brought levels back to above US$100 per barrel in 2011.

As anticipated, local gas production peaked during the period, with oil production fluctuating and ending lower in 2011. This was the time when local oilfields began to mature, prompting players to resort to developing more challenging marginal fields or deepwater fields, which required higher break-evens and expensive techniques to monetise.

However, this has not stopped the emergence of competitive OGSEs. Locally, the num-ber of public-listed OGSE companies went from less than 10 in 2000 to 15 in 2008, and subsequently doubling to 30 in 2014, according to news reports.

Some successfully took what they learnt from their participation in the local market and ventured outside of Malaysia to seize opportunities, taking the cue from foreign ventures by companies such as Sapura Energy Bhd, Bumi Armada Bhd, Serba Dinamik Bhd and Dialog Group Bhd.

The industry then had not expected oil prices to plummet to below US$50 in 2015. The cyclical rise and drop of prices have put pressure on the industry especially in managing cost and economic viability of projects, as oil and gas acreages mature and fields become more complex to find and develop.

Petronas, however, is still continuing the VDP to further nurture companies with potential, as oil prices are not expected to stay "lower forever".

As the history of the local O&G sector has shown, it is all about taking the right step at the right time. The changing trends - such as market liberalisation, digitalisation and new market environment - serve as fresh opportu-nities for local players to, once again, reinvent themselves.