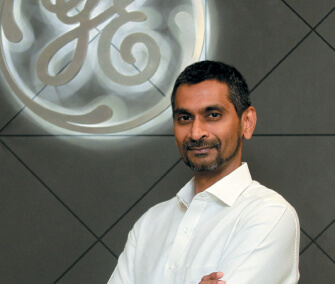 Managing a grid is all about striking the right balance with a vast number of considerations. Among others, the Energy Commission has to consider the cost to build a plant, the cost to operate it, the outlook on fuel prices, efficiency and emissions.

In the first part of this series, GE’s South Asia managing director of Power Services, Aravind Karthigesu, dissects the complexities of choosing between refurbishing an existing power plant and replacing it with a new one.

Anyone who has ever weighed the options between replacing an old car with a new one, or keeping and maintaining it, will know it is not a simple decision to make.

What more, when it involves power plants that cost billions to build and last for almost three decades. On top of that, regulators will also have to contend with a wave of power plant concessions due to expire in the coming years.

Case for a new plant:

Right off the bat, the strongest case for building a new plant is improved efficiency — the amount of energy that can extracted from a fuel. Efficiency has become the golden benchmark of the power industry with major rivals constantly competing to develop plants with the highest efficiency.

“An old plant that is approaching its end of life is probably using technology that is almost 20 years old. For a combined cycle gas turbine (CCGT) power plant, the difference in efficiency could be between 10 and 12 percentage points,” says Aravind.

That difference is huge. For a 1,000mw CCGT power plant, that difference in efficiency could improve the heat rate by 1,232BTU/kWh to 6,824BTU/kWh. In layman’s terms, it translates into US$47 million in savings each year based on the current gas price of US$5.12 per one million British Thermal Units (MMBTU), assuming an utilisation rate of 85%, estimates Aravind.

Financial cost is not the only consideration. Higher efficiency means lower carbon emission. Aravind says the efficiency gap could reduce carbon dioxide emissions by 73.8kg per megawatt of generation. Each year, the said efficiency would reduce a plant’s CO2 emission by a whopping 600,000 tonnes.

“The technology they were using for CCGT 20 years ago was the F-class. The efficiency was just under 50%. Today, our latest H-class turbines will be able to achieve an efficiency of over 61% in Malaysia — the highest in the market,” he says.

Note that in ideal conditions with lower ambient temperatures, GE’s H-class turbines are capable of hitting 62.2% efficiency — the highest in the world, he adds.

For the most part, the stark improvement can be ascribed to breakthroughs in material science. “The main limitation we face when building turbines is the materials. We need materials that can withstand incredibly high pressures and stresses. But we are always pushing the limits. Perhaps we will be able to hit 65% efficiency someday,” says Aravind.

Coal plants have seen a similar leap in efficiency — but to a smaller extent — ranging from 5ppts to 9ppts.

With yesteryear’s technology, subcritical coal plants have an efficiency of 33% while supercritical plants’ range from 34% to 36%.

(Note: the “criticality” of a coal plant denotes the temperature and pressure of the steam in the boiler; both have obtained higher, improved efficiency.)

However, the ultra-supercritical coal plants of today are able to achieve an efficiency of between 40% and 42%. In fact, Aravind points out, the RDK8 coal plant in Karlsruhe, Germany, is the world’s most efficient coal-fired steam power plant, hitting 47.5% net thermal efficiency.

In fact, GE was the first to market with advanced ultra-supercritical technology. This best in-class steam technology can deliver an additional 1.6ppts for efficiency beyond the best technology in operation today, driving towards 50% efficiency. For a 1,000mw base plant in Asia, this is an economic benefit of US$80 million in additional value for our customers.

A key consideration with the newest and latest technology, however, is cost. On top of that, pushing the envelope of material science will always come with risks — that machines designed on paper will not live up to expectations.

However, Aravind points out that such considerations are priced into contracts and taken into account in GE’s engineering designs and development. “Historically, we have not missed our performance targets (for new plants). So, we are confident of our latest technology. However, this is a buyer’s market, and we are flexible in coming to a mutually agreed proposal and commercial terms, depending on the buyer’s needs. And, in the event of any slippage in performance, you can be sure that we have a vast pool of resources to work around it,” says Aravind.

In other words, GE has every interest in ensuring that plants adopting new technology are successful. After all, they will become the showcase plants to market the said technology to other customers.

New technology also comes with other perks. For example, newer CCGT plants have become more flexible with quicker start-up times, explains Aravind. In other words, modern CCGT plants can fire up and supply power to the grid much quicker than their predecessors.

Why is this important? As renewables such as solar and wind energy become bigger components in a grid, flexibility becomes more important. This is because renewables, while environmentally friendly, are prone to disruption from natural causes.

Thus, having CCGT plants that can quickly respond and supply power on short notice is crucial for the grids of tomorrow.

Last but not least, building new plants also comes with other structural advantages. In contrast with brownfield sites, greenfield sites can offer more flexibility for project developers who can also set aside room for future expansion. 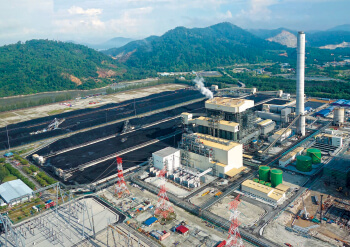 The term of a typical power purchase agreement (PPA) ranges from 20 years to 25 years. However, the life of a refurbished power plant can be extended — up to 30 and 35 years for a CCGT and coal plant respectively.

Of course, a refurbished plant’s efficiency cannot be compared with that of a new plant that is leveraging the latest technology.

For many power producers, there is a strong business case to refurbish older plants and keep them in the grid. Among the key reasons are lower cost, quicker turnaround time and relatively high improvement in efficiency.

For starters, the cost of refurbishing a plant is much lower. This does not take into account costs that will be incurred by building a new plant. Depending on the site, they include land acquisition cost and the cost of building new transmission lines. On top of that, there is the cost of supporting infrastructure. Roads are the least of the problems, Aravind notes.

For coal plants, the deep-water jetties that can cater for capesize vessels can stretch for kilometres. Building these massive structures, which have conveyor belts that move tonnes of coal back to the plant, can add to the cost of a new plant.

“Every time you deal with a new site, there is going to be geotechnical factors. You can do surveys, but you never fully know what is underground until you start piling work.

The cooling water system is another infrastructural cost. Many newer plants rely on pumping millions of litres of sea water, sometimes over several kilometres, to the plant for cooling.

Thus, it is often worthwhile to refurbish old plants that have sunk the cost for this capital-intensive infrastructure.

“Another thing you have to consider is that you do not have to do all the refurbishment in one go. You can do it in smaller chunks as part of regular maintenance cycles. Perhaps one year, you do your low-pressure (LP) turbine. Another year, you work on the high-pressure/intermediate-pressure (HP/IP) turbine. This makes it less burdensome on the company’s cash flow,” explains Aravind.

He points out that the 35-day scheduled maintenance for a gas plant (and 50 to 60 days for a coal plant) provides ample time for installing and testing new equipment.

“It isn’t just hardware. Software improvements can boost the efficiency of a plant. Right now, it is estimated that power plant operators only use 5% of the data that they collect. Think about how much improvement we can realise,” says Aravind.

As an added bonus, new equipment can extend maintenance intervals, reducing the frequency of scheduled shut-downs. This will boost availability.

In contrast, it can take roughly two years to build a new CCGT plant and almost four years to get a new coal plant online.

So, what do the refurbishment gains look like on paper?

For an F-class CCGT plant, refurbishing the gas turbine alone can boost efficiency by about 3ppt, says Aravind.

For a 10-year-old plant, that can narrow the difference with a new plant (61% efficiency) to a deficit of about 5ppt.

Meanwhile, for supercritical coal plants of a similar age, upgrades could add between 2.5ppts and 3ppts, giving them an efficiency of up to 37%, roughly 5ppts within a new ultra supercritical plant’s 42% efficiency.

Both new and refurbished plants offer their respective advantages. Which conclusion plant owners and operators come to depends primarily on their needs and future strategies, says Aravind.