Sunway Iskandar is only three years old but it is already among the most successful and comprehensive townships in Iskandar Malaysia - Johor's southern economic corridor.

The company attributes their success to over 40 years of expertise in the property development industry under the erudite leadership of Sunway Group's chairman Tan Sri Dato' Seri Dr Jeffrey Cheah ao.

As the head of the group, Cheah's first project was to transform a mining wasteland in to a thriving township known as Sunway City. This bustling township has achieved recognition as the best tourism destination in the country.

His second project is an icon for sustainable living, a township known as Sunway City Ipoh which is surrounded by picturesque limestone hills and natural hot springs. This township is where the acclaimed Banjaran Hotsprings Retreat, Malaysia's first luxury natural wellness hot springs and a highly sought-after spa destination for locals and foreign visitors, is located.

Since then, Sunway also has grown in Penang with property development that creates quality community living. The latest Sunway Valley City located in Paya Terubong on Penang island is the developer's first integrated development in the region. It will see the rejuvenation of the Paya Terubong skyline and the construction of commercial towers, office spaces, private college and a 300-bed hospital.

That seed was carefully nurtured and has since blossomed. "We have delivered our promises to Iskandar Malaysia and have launched developments worth RM1.1billion in total gross development value," he adds. 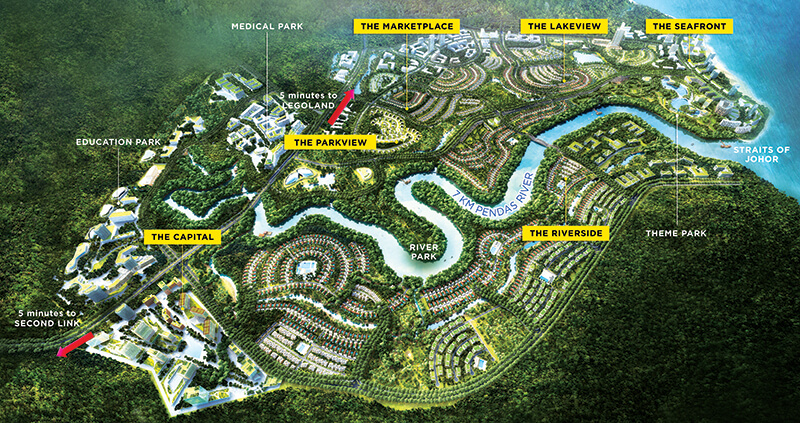 Development of Sunway Iskandar reflects their goal of a sustainable township with 40% of the land dedicated for nature and greenery which include eco parks, green pockets, water bodies and green corridors.

Overall component is made-up of 70% residential developments and 30% commercial developments. To start building acommunity spirit, the developer organised and held community events such as Movie Outing Day, Viper Challenge as well as the annual Race For A Better Planet, in conjunction with World Environment Day.

"We also implemented CSR projects such as Rise Against Hunger to help feed the underserved community here. After all these years and through all our initiatives, we are no longer seen as newcomers in Johor but regarded as part of the community," says Soosay.

As a result of their efforts, Sunway Iskandar has clinched the Best Township of the Year award from iProperty for three consecutive years.

One of their developments, Sakura Residence, also walked away with Best International Development award at iProperty's IDEA 2017 awards ceremony.

Sakura Residence are the first luxurious prefabricated bungalows to be launched in Malaysia. These homes are the result of a joint-venture between Sunway Iskandar and Daiwa House Malaysia Sdn Bhd, a subsidiary of Japan's largest prefabricated home-builder Daiwa House Industry Co Ltd.

Properties that stand out

Citrine Collections is the first integrated development in Sunway Iskandar's Lakeview Precinct. It is made up of 328 high-rise residences, 167 office suites and 51 retail spaces. A key selling point for this development is its strategic location next to the 20-acre Emerald Lake Garden. This gives Citrine Collections a beautiful panoramic view of the sea and Emerald lake.

Soosay says the office suites within Citrine Collections known as Citrine Hub, have been sold and the keys were handed over to the buyers. "The vibrant Citrine Hub will welcome Jaya Grocer and other tenants such as Old-Town White Coffee, Morganfield, Watsons and 7-Eleven by the first quarter of next year,"

Another resounding success is Citrine Lakehomes, the closest landed property to the seafront and within walking distance to Citrine Hub and Sunway International School. Citrine Lakehomes was sold out in under two weeks.

Another recent launch is Sunway GRID, a RM374mil integrated development spans across 5.2 acres which brings together a block of apartments of 501 units, a commercial podium featuring 74 flexi suites and 41 shops. "Flexi suites and shops in Sunway GRID are designed and priced for entrepreneurs and startups who require a medium-sized space to start their operations," Soosay says.

Setting the first and a new standard in the country, Sunway GRID Residence allow owners to purchase and customize the layout on their unit through the Sunway GRID's website.

Located at the Lakeview Precinct, Sunway International School, Sunway Iskandar commenced operations this year. "Since its opening, a total of 270 students have registered to study in this school.," says Soosay. 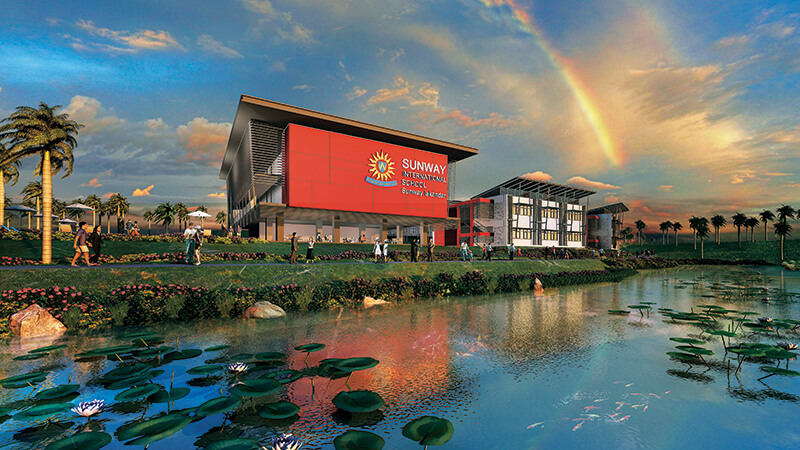 The developer also ensures its townships are easily accessible. Getting to Sunway Iskandar is extremely convenient with the newly opened Coastal Highway Southern Link. Soosay says this is a game changer for Sunway Iskandar and Iskandar Malaysia.

"This highway will halve travelling time from the Sultan Abu Bakar Customs, Immigration, and Quarantine complex (CIQ) to Sunway Iskandar. It will definitely increase the traffic to our development and the residents of Sunway Iskandar can get to surrounding areas quickly and easily."

"We are keen to make Sunway Iskandar one of the most liveable cities in Southeast Asia and look forward to growing our community in Iskandar into world-class community," Soosay adds.

The developer has taken several steps to achieve this vision. For example, they have a target of adding 200 auxiliary police, trained by the police, by 2020 to monitor their township. These auxiliary police team will be provided in addition to the security services that is already in place.

Sunway Iskandar will also feature the first infirmary in the region which is expected to be ready in the second half of next year. This is a 24-hour operated centre that will house a registered nurse. "This is a service that we are offering to the communities and visitors of Sunway Iskandar and financial transactions are not expected," says Soosay.

Another proactive move by the developer is to partner Causeway Link to provide shuttle services for residents and visitors traveling between Sunway Iskandar and Singapore.

Sunway Iskandar will also be the first development in Medini to feature a petrol kiosk. "We are happy to announce that Caltex Malaysia will build their petrol station at our precinct known as the Marketplace," Soosay adds.

Other facilities in the area will include a government Chinese school, SJK (C) Cheah Fah, The Big Box Village and X-Park. The Big Box Village is a sprawling development of 500,000 sq.ft. that features a retail village. It will also offer a unique shopping experience, unique from any other mall in Johor.

"The Big Box Village will consist of large warehouse-like structures, mimicking the shopping experience found in the United States. The 'big box format' would be a boon for their brands as retailers can build a truly immersive brand experience for their shoppers," he says.

Sunway Iskandar is also developing a hotel linked to Sunway Big Box Village. "Construction has commenced and will be completed by 2H 2019. The hospitality development is timely as it will support the influx of visitors that come to shop and be entertained at Sunway Iskandar. This hotel will provide another accommodation option for families visiting Legoland Malaysia and Sanrio's Hello Kitty Town," says Soosay.

Meanwhile, a 32-acre XPark is an adventure park within this township. It was built to complement the existing residential and retail offerings. This unique leisure component is located right next to the Sunway Big Box Village.

"The adventure park which we seek to open partially at the end of 2018 will have a wide variety of elements that is perfect for adrenaline lovers. There will be plenty of activities including Go-Kart, kayaking, glamping spots, long range archery and kids pump track," Soosay shares.

"The park is different from the other theme parks currently available in Iskandar Malaysia and Singapore as it offers a plethora of outdoors activities surrounded by lush greenery. We look forward to continue the growth of this region through our township as well as other catalytic projects in Iskandar Malaysia." 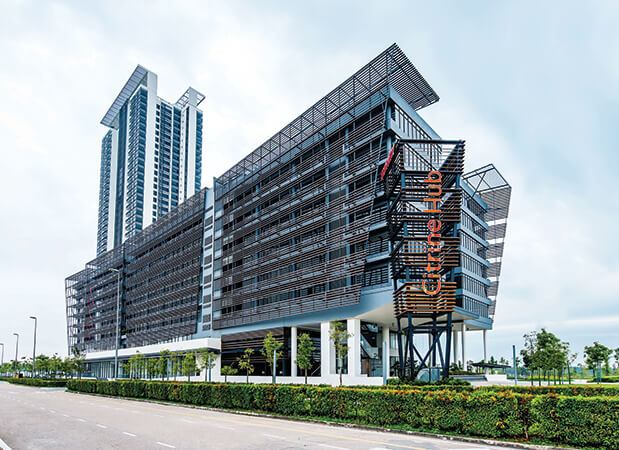 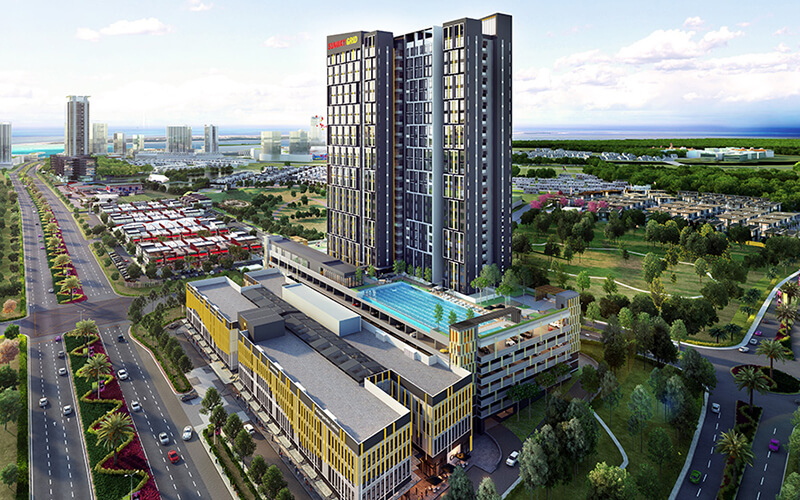 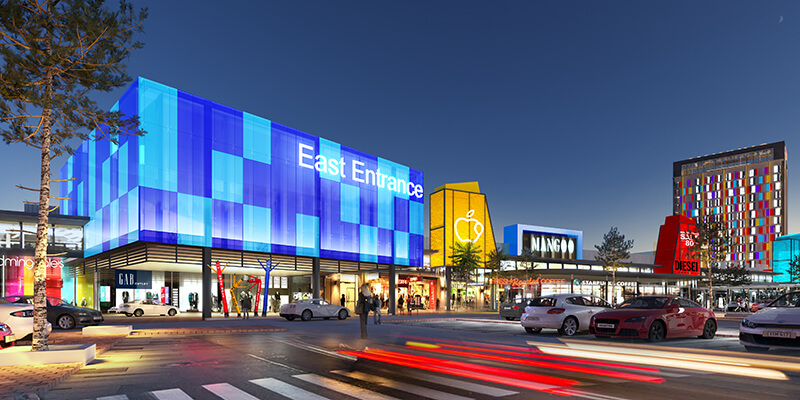 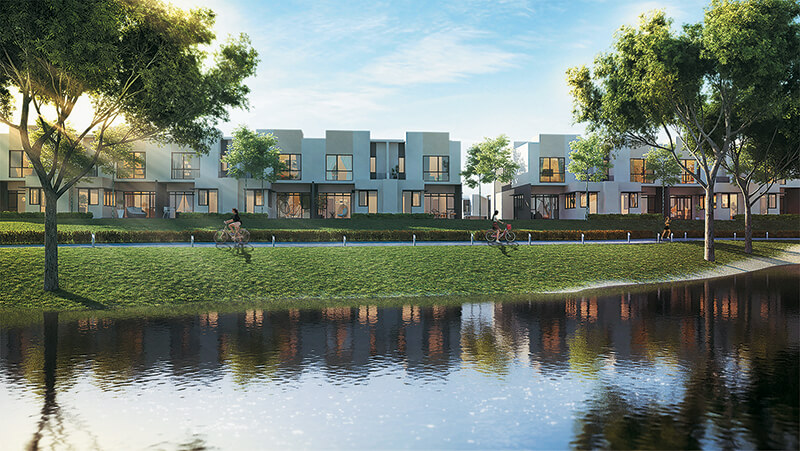 For more information or to register interest, please visit: http://www.sunwayiskandar.com/