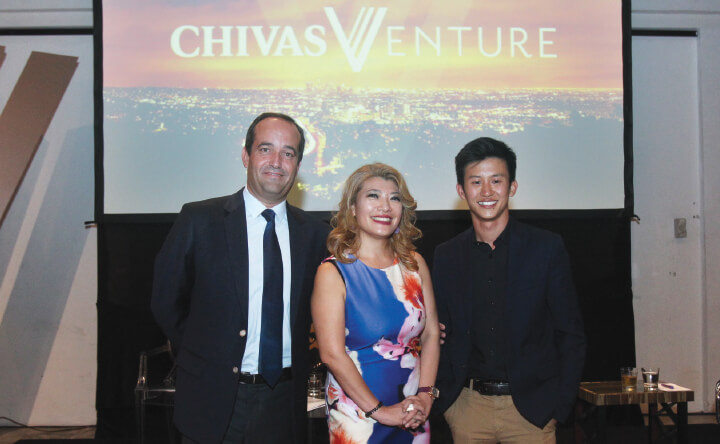 (From left) Mouquet, Liu and Chan at the the Chivas Venture 2018 launch yesterday. Photo by Mohd Izwan Mohd Nazam

KUALA LUMPUR: Chivas Regal yesterday launched the Chivas Venture 2018, a global search to find and support the next generation of start-ups wishing to succeed, while changing the world for the better.

Chivas Venture was launched for the first time globally in 2014, and close to 6,000 social entrepreneurs applied to compete then.

The competition, which is now in its fourth year globally, and its second in Malaysia, will kick off in 29 countries from five different continents, before advancing to a global stage.

One winner will be selected from each country and given the chance to take part in an exclusive Accelerator Programme, followed by three weeks of online voting where the allocation of the first US$200,000 (RM852,000) of the fund will lie in the hands of the public.

This year’s competition will culminate in a series of high-stake pitches at the Chivas Venture Final, where the remainder of the US$1 million (RM4.26 million) fund will be disbursed.

“In 2016, we saw a good number of submissions from interesting enterprises. With the company revenue threshold now increased to US$1.5 million per annum for the 2017 submission, I look forward to seeing more promising submissions and finding the right country winner who will inspire social entrepreneurs to excel in their fields,” said Ho.

Last year, the Chivas Venture Final was held in Los Angeles, where five enterprising grand finalists pitched to a panel of judges that included Oscar-winning actress and philanthropist Halle Berry, in front of a live audience of business leaders, influencers and Hollywood stars like Javier Bardem, Josh Gad and Don Cheadle.

It is worth noting that the US$2 million given away over the first two years of the competition has been used to support start-ups with over 300,000 beneficiaries now in over 40 countries.

“Through our annual US$1 million fund, we have been able to accelerate the growth of some of the world’s most socially valuable businesses, which are now demonstrating real impact across the globe,” said Richard Black, Chivas Regal’s global marketing director.

“We inherited from our founders a firm commitment to use business as a force for good — and I cannot wait to see this year’s business ideas that might truly help shape our collective future for the better,” Black said.