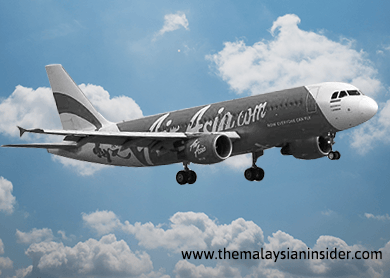 "At the present time we unfortunately have no further information regarding the status of the passengers and crew members on board, but we will keep all parties informed as more information becomes available.

"The aircraft was an Airbus A320-200 with the registration number PK-AXC.

"At this time, search and rescue operations are in progress and AirAsia is cooperating fully and assisting the rescue service.

"AirAsia has established an Emergency Call Centre that is available for family or friends of those who may have been on board the aircraft," it added.

It is also understood that the flight was carrying 162 passengers and lost communication with Indonesia's Surabaya's airport minutes after taking off at 5.25am. The plane has seven crew onboard and 155 passengers.
Online reports has said that the plane lost contact when it was believed to be over the Java Sea between Kalimantan and Java islands.
AirAsia's officials could not be reached for further details.