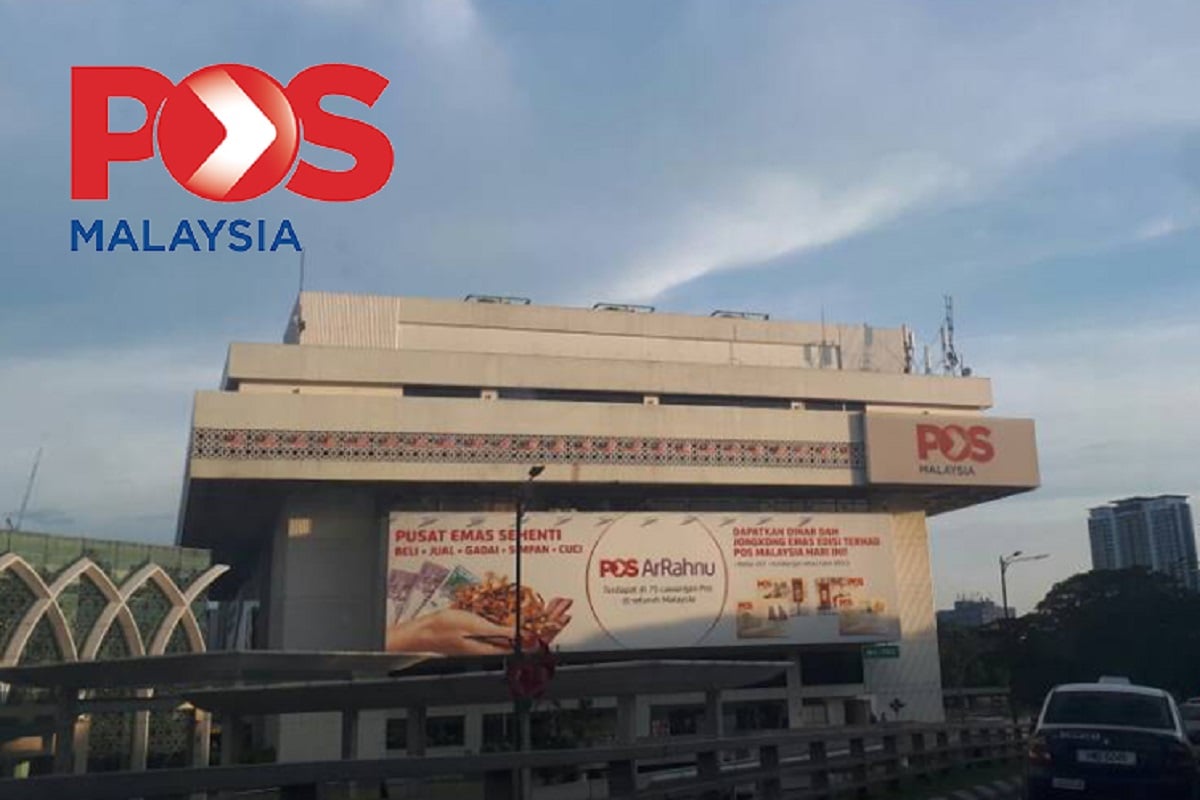 KUALA LUMPUR (Feb 23): Pos Malaysia Bhd’s record quarterly net loss as a result of a kitchen sinking exercise, did not go down well with investors. The postal group’s share price declined nine sen or 9.14% to 89.5 sen on Tuesday after it reported a net loss of RM232.35 million. The stock hit an intra-day low of 85 sen against the previous day’s closing of 98.5 sen. There were 22.18 million shares changing hands. Year-to-date, the stock has sunk by 26%.

However, not all are having negative views on Pos Malaysia. RHB Investment Bank has maintained its buy call with a target price of RM1.40. “Our discounted-cash flow (DCF)-derived RM1.40 target price is maintained, which implies an undemanding 0.9 times price-to-book value (P/BV) in FY21,” it said.

According to RHB analyst Lester Siew, the buy call is betting on the postal group’s earnings turnaround prospects, its leading position in the parcel delivery and e-commerce space, and being a potential beneficiary of regulatory reforms supporting the domestic courier & postal industry. Pos Malaysia's turnaround trajectory still remains intact in our view, given the nine consecutive months quarter-to-quarter improvements underpinned by postal tariff revisions and healthy growth in parcel volumes, alongside improved cost controls.

"With its parcel hubs up and running once more, the group is expected to post a marked earnings turnaround from 2Q21 in tandem with the lifting of the MCO and easing of Covid-19 cases," said Siew.

AmInvestment Bank Bhd maintains its buy call on the stock, but it trimmed its target price by 20% to RM1.07 from RM1.33 previously. “In line with our forecast of a turnaround in financial year 2022 (FY22), we now use an earnings-based valuation method for Pos Malaysia from asset-based valuation method. “At 16 times forward earnings, we value Pos Malaysia at a discount to its peer Singapore Post’s 19 times to reflect Pos Malaysia’s tougher competitive landscape in Malaysia,” it said.

Kenanga Investment Bank Bhd research analyst Wan Mustaqim Wan Ab Aziz wrote in a research note it has maintained its “market perform” call on Pos Malaysia with an unchanged target price of RM1 based on 10 times financial year ending Dec 31, 2021 (FY21) earnings per share (EPS). “We deemed the results to be below our expectation, due to the unexpected shutdown of its main parcel processing centre in October and November 2020, due to the Covid-19 outbreak,” he said.

Mustaqim added that this resulted in higher-than-expected logistics cost as parcels were re-routed to other processing centres. On its outlook, the analyst expects parcel volume to be high in the first three months of the year, underpinned by online campaigns and Chinese New Year online sales. “The courier business will continue to operate in a competitive environment pressured by price and cost challenges. “However, the main centre has since re-opened to full capacity, and we expect FY21 to be supported by the expected re-opening of the economy and better cost-reduction efforts,” he added.

Meanwhile, Hong Leong Investment Bank (HLIB) has downgraded its call to “hold” from “buy” with a lower target price of 93 sen as it turned cautious on Pos Malaysia’s outlook. “We downgrade to 'hold' with a lower target price of 93 sen from RM1.18 based on a price-to-book multiple of 0.65 times as the impairment recognised by the company has lowered its book value of equity per share (BVPS),” according to its research analyst Nazira Abdullah.

Nazira added that while Pos Malaysia’s management is confident that the progress of its transformation programme is improving and should be able to pick up and return to profitability in FY21, she opines that it will go through a gestation period alongside near-term headwinds that may remain. “We now forecast FY21-22 earnings at RM400,000 and RM16.1 million (from RM11.1 million and RM26.7 million) after imputing weaker postal services and aviation segments, moving forward,” HLIB said.