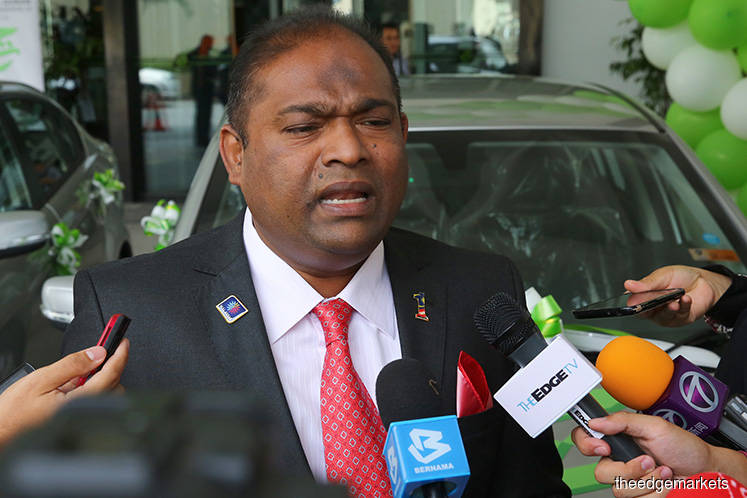 During the morning session, Datuk Seri Mahdzir Khalid (BN-Padang Terap) sought to table a motion to debate the controversial dissemination in schools of a comic titled, "Belt and Road Initiative for Win-Winism".

Mahdzir maintained that the book had to be banned as they were still in circulation.

"Do not [do] the Speaker's work, let him (the Speaker) do it. Shut up and sit down," Azeez told Rayer.

Mohamad Ariff then told Abdul Azeez to retract his remarks, particularly "shut up and sit down", as it was deemed to be unparliamentary.

Datuk Seri Shahidan Kassim (BN-Arau) then echoed Mahdzir's view that the book should be banned.

Rayer then proceeded to retract his remarks immediately.

Despite this retraction, Abdul Azeez and other opposition legislators continued to jeer.

"Retract this now. If you use those words again, I will eject you from the chamber," said the Speaker.

Following another heated exchange, Mohamad Ariff instructed the sergeant-at-arms to escort Abdul Azeez out even though the latter maintained he had retracted his statement.

He then pronounced a two-day suspension on the Baling MP, until next Tuesday (Oct 29).

Parliament normally sits for four days, Monday to Thursday. Next Monday is a public holiday because of Deepavali.