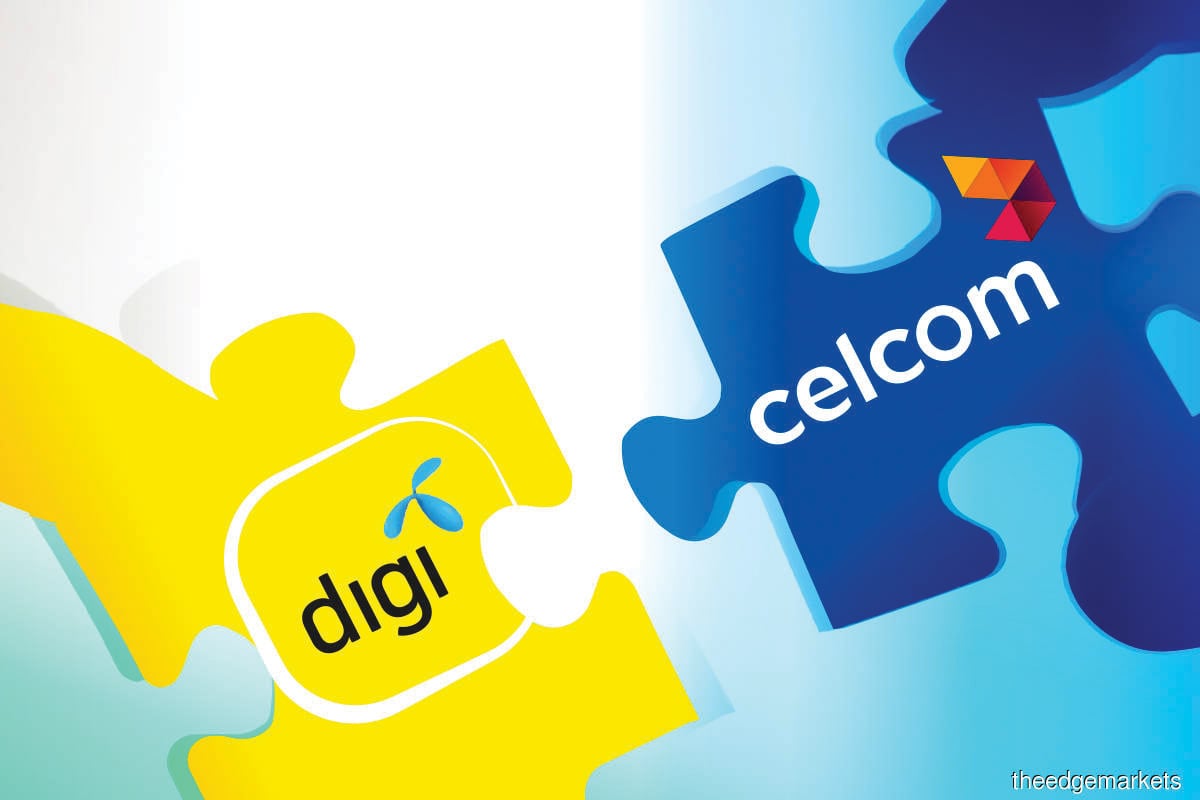 Celcom Axiata is an operating unit of Axiata Group.

According to Digi.Com and Axiata Group's filings, Digi.Com and Digi Telecommunications have engaged the MCMC to initiate the merger assessment process in accordance with the MCMC's guidelines on mergers and acquisitions.

"Digi.Com wishes to inform that its subsidiary Digi Telecommunications' merger application has been formally received by (the) MCMC for its assessment in accordance with the guidelines.

"The completion of the proposed merger will be amongst others, also subject to approval of the Securities Commission Malaysia and the shareholders of Axiata (Group) and Digi.Com," Digi.Com said.

Axiata Group together with Malaysian institutional funds would own over 51% of the merged company, according to Axiata Group.

"As part of the merger transaction, Axiata (Group) will receive newly issued shares in Digi.Com representing 33.1% post-transaction shareholding and cash equalisation amount of around RM2 billion, of which RM1.7 billion to come from Digi.Com as new debt, balance of RM300 million from Telenor (Asia)," Axiata Group said.

The merged company would be named Celcom Digi Bhd and would continue to be listed on Bursa, according to Axiata Group.

At 5pm on Wednesday, Digi.Com’s share price closed unchanged at RM4.18, giving the company a market capitalisation of about RM32.52 billion based on the group’s 7.78 billion issued shares.

Meanwhile, Axiata Group’s share price ended three sen or 0.76% higher at RM3.97, which valued the company at around RM36.4 billion based on the group’s 9.17 billion issued shares.