Cover Story: Around the world in six marathons 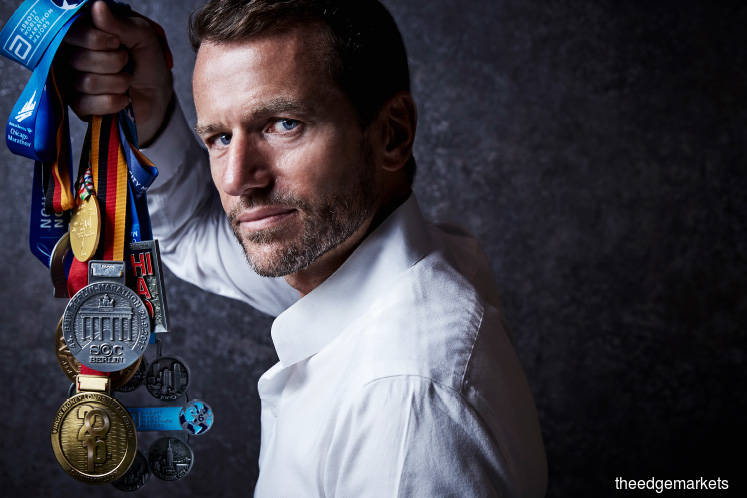 Before the Tokyo Marathon kicks off on March 3, Dato’ Setia Aubry Rahim Mennesson discusses completing the Big Six events that comprise the Abbott World Marathon Majors. He talks to Petrina Fernandez about training for and running the routes in capital cities around the globe that earned him the coveted Six Star Finisher medal.

Fewer people have earned the Abbott World Marathon Majors’ Six Star Finisher medals than the movie industry has awarded Oscars. Only 1,300 people have taken home the medals, compared with 2,947 Oscars, if you ignore the fact that the marathon series has been running only since 2006, while the number of Oscars trophies covers the first 87 Academy Awards ceremonies.

The low figure attracted Dato’ Setia Aubry Rahim Mennesson, who had just run his first half-marathon when he heard about the Big Six. The Abbott World Marathon Majors is a series of the six largest and most renowned marathons  — Tokyo, Boston, London, Berlin, Chicago and New York. Runners who complete the full routes in all these cities qualify for the Six Star Finisher medal, and only a handful of Malaysians have succeeded thus far. Building up to a full marathon is no easy feat but the struggle was particularly tough for Mennesson — who, prior to the Angkor Wat International Half Marathon in Cambodia, had spent an agonising year barely able to walk.

For the full story, pick up a copy of The Edge Malaysia (February 25, 2019) at your nearest news stands or visit optionstheedge.com.