Cover Story / Run-Up To GE15: Penang may remain a safe deposit state for PH but Malay seats feel the heat 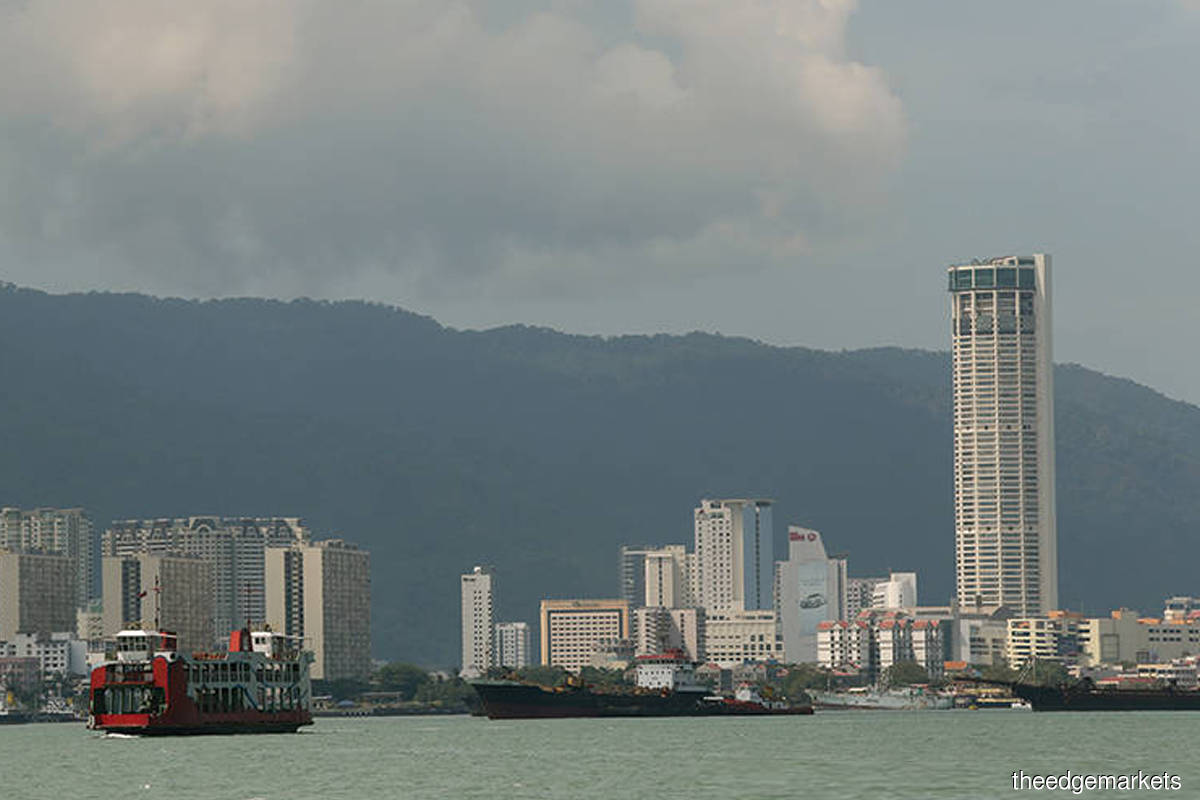 THE general election in Penang is so boring,” a coffee shop diner was heard saying early last week. The man, in his 40s, was telling a friend that there were no blow-ups or scandals in Penang, compared with other states, to keep voters excited.

“It will be status quo here. Most Penangites still want Pakatan Harapan [PH],” he later told The Edge. “I think it will be a clean sweep for PH in many seats.”

If what he says is true, Penang voters will continue to give PH 11 seats in parliament, leaving two seats on mainland Penang to BN-Umno.

Even new candidates from DAP, such as Chief Minister Chow Kon Yeow in Batu Kawan, Syerleena Abdul Rashid in Bukit Bendera and Guan Eng’s younger sister Hui Ying in Tanjung, might not dampen the support, given that these are traditionally PH seats.

“Penang is still a stronghold for DAP. Although there are state and local level issues, they have yet to cost them support,” says Dr Sivamurugan Pandian, professor of political sociology at Universiti Sains Malaysia’s (USM) School of Social Sciences affirmed.

Since the 2008 general election, DAP and its coalition partner PKR have managed to retain voters’ support despite environmental and corruption issues.

Gerakan, which joined the Perikatan Nasional (PN) coalition and is contesting nine seats in Penang as part of its “comeback” strategy, might not be successful. Analysts are saying it might spell an end to its presence in Penang, given the alliance with PAS.

“Gerakan won’t have any impact on these seats. Even if PH loses both seats, it’ll be on account of the individual PN and BN candidates’ strength,” says political science professor Dr Ahmad Fauzi Abdul Hamid of USM’s School of Distance Education.

He adds that Gerakan’s image as Penang’s former ruling party has been tarnished by its joining forces with PAS, which is largely seen as an ethnocentric Malay-Muslim party.

He still sees Penangites’ continued confidence in PH or DAP, however, if “only for want of a better alternative”.

The other two coalitions, BN and Perikatan Nasional (PN), are seen by far as “worse alternatives” than PH, notwithstanding the glitches that have accompanied its implementation of recent infrastructural projects.

“The overemphasis in BN and PN’s rhetoric on the Malay agenda does not appeal to the pluralistic sentiments of Penangites, except in heavily Malay-populated areas of the countryside,” Ahmad Fauzi says.

The state has 13 parliamentary seats (six on the island and seven on the mainland) and a total of 58 candidates. They face off in multi-cornered fights, the larger ones being three six-cornered fights in Bayan Baru, Jelutong and Balik Pulau.

Safe for mixed urban seats Bayan Baru and Jelutong, which observers say would likely be retained by its PH incumbents, Balik Pulau on the island might be a closely fought seat between PH and BN.

Prior to 2008, the seat had been a BN-Umno stronghold but, following the 2008 election tsunami, voters have been split between Umno and PKR, with the latter wresting back the seat from BN in 2018 with a majority of 6,864 votes.

Size-wise, it is the largest constituency on the island with 80,264 registered voters, 66.3% of them Malays — rural, working class communities — comprising fisherfolk, farmers, small traders, civil servants and factory workers.

But at the heart of it is the niggling 4,500-acre Penang South Island (PSI) reclamation project under the RM46 billion Penang Transport Master Plan, which has been rejected by fishing communities and civil society organisations. It has become a legal matter involving the affected groups and the state.

Although state officials assert that the project would bring about economic benefits, it has been a sore point for PH leaders serving the area as they are often met with dissent from their constituents.

This has drawn a wedge between PKR and DAP, with PKR vice-president Nurul Izzah reinforcing the party’s stand against the project, and Bakhtiar declaring his opposition to the project two days ago.

With no certainty on the matter, however, Abdul Halim feels there might be an erosion in the support for PH. “We could lose about 5% of votes. I am being conservative here,” he says.

The New Straits Times quoted him as saying that if he is voted in, he will gazette the areas identified for reclamation and turn it into a fishing village to boost the income of fishermen.

According to USM professor Ahmad Fauzi, Balik Pulau is a shaky seat for PH, and Bakhtiar would face stiff competition from Shah Headan, a “well-regarded” local Umno figure.

He also notes that Nibong Tebal in mainland Penang might pose some issues for PKR, following incumbent Datuk Mansor Othman’s defection to Bersatu, along with the “Sheraton Move hoppers”. “But if Mansor’s services are well appreciated, he may retain the seat,” he adds.

Mansor, having held the seat since 2013, and winning by a majority of 15,817 votes in 2018, has previously said his service track record would back his success there.

At the Malay majority seats — Kepala Batas and Tasek Gelugor — in Seberang Perai, the heat is turning up among Malay parties, including Umno, where infighting might sabotage campaign work.

Kepala Batas might be a sure win for BN, however, with former cabinet minister Datuk Seri Reezal Merican as its unshakable incumbent.

Fuelled by this optimism, Reezal has also promised voters in neighbouring Tasek Gelugor that he would develop it if he won and became the Housing and Local Government minister again.

But the fate of Tasek Gelugor remains unclear as four-term incumbent Shabudin Yahaya, 57, decided to make way for younger candidates, after joining Bersatu in 2019. In 2018, he won by a mere 81 votes, making it a hot seat.

Although he is throwing his support behind his successor Wan Saiful Wan Jan, founder and former CEO of think tank Institute for Democracy and Economic Affairs, locals might be sceptical of the “parachute” candidate.

“In Malay-majority seats, the main issue would be, as it has perennially been, to what extent Malays, who constitute less than half of Penang’s population, are given their due rights and not sidelined by a non-Malay-led government.

“In this, past Pakatan Rakyat and later PH governments have done well, such that Muslims in Penang now enjoy generous allocations for Islamic-related programmes and even a double call for prayer at dawn,” says Ahmad Fauzi.