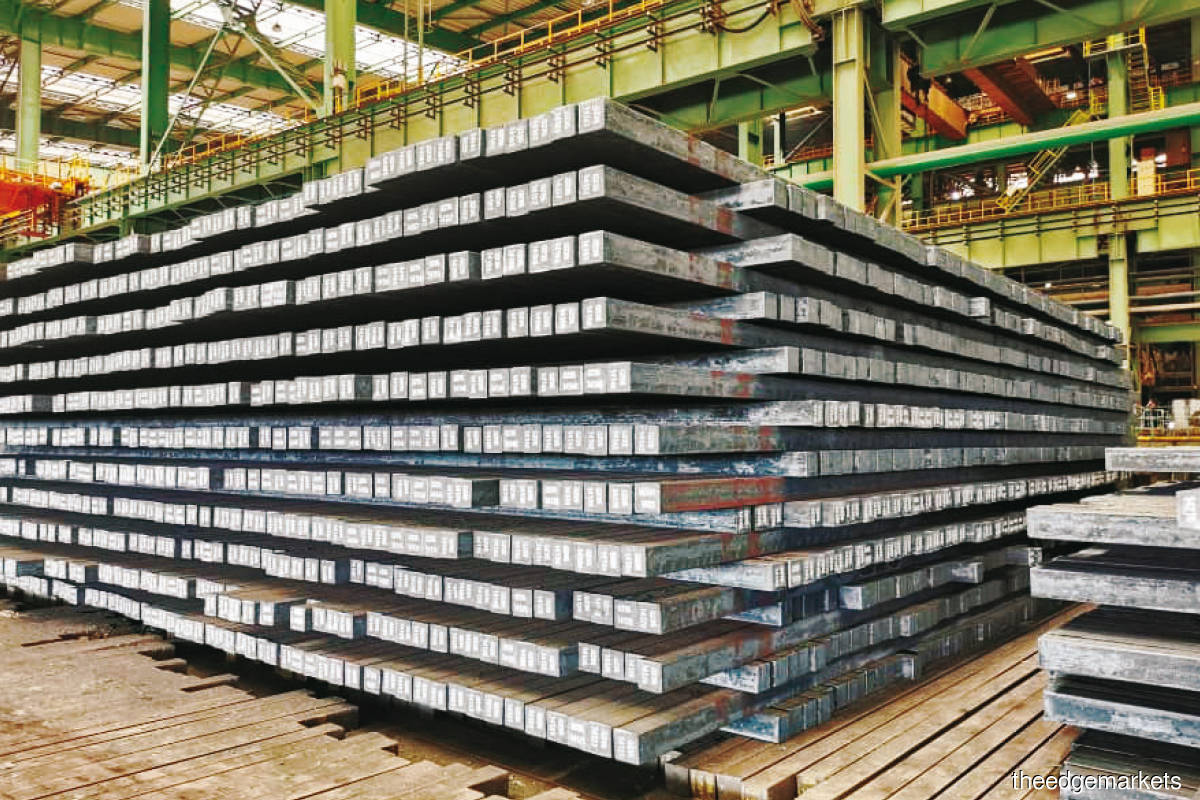 Taking their cue from depressed iron ore prices, most steel stocks on Bursa Malaysia that saw their prices peak in May have since retreated from mid-year highs (Photo by Hiap Teck Venture Bhd)

ACCORDING to the Malaysia Steel Institute, an inadequate global supply of raw materials — specifically, iron ore and steel scrap — because of the Covid-19 pandemic led to a surge in steel prices since the fourth quarter of last year.

A recent report by Fitch Solutions Country Risk and Industry Research notes, however, that the iron rally has ended and prices have collapsed as supply of the commodity improved and demand growth slowed.

Fitch expects iron ore prices to remain under pressure next year, with prices forecast to decline from an average of US$155 per tonne in 2021 to a much lower US$90 per tonne next year before further retreating to US$65 per tonne by 2025 — less than half the average prices this year.

Taking their cue, most steel stocks on Bursa Malaysia that saw their prices peak in May have since retreated from mid-year highs. A number had lost more than half of their gains as at last Thursday. Here, we take a look at the performance of some of these major steel players.

With a value of RM1.19 billion as at last Thursday, Ann Joo is the largest steel player on Bursa Malaysia by market capitalisation.

The group is primarily engaged in the manufacturing and trading of steel and steel-related products, and operates the only hybrid blast furnace-electric arc furnace in Malaysia. Ann Joo is also highly regarded in the industry as a cost-efficient producer of long products in view of its operational flexibility on feed material usage.

For the first half of financial year ended June 30, 2021 (1HFY2021), Ann Joo reported a net profit of RM157.31 million from a net loss of RM87.28 million a year ago, on the back of a 58% year-on-year increase in revenue to RM1.25 billion. This was attributed to higher selling prices, which were fundamentally driven by a robust recovery in demand from China as well as higher export tonnage, as the domestic market remained subdued, owing mainly to business closures caused by the Movement Control Order.

Since peaking at RM3.05 on May 6, Ann Joo shares have declined by 28% to close at RM2.19 last Thursday. The stock currently trades at 8.2 times historical price-earnings ratio (PER), with a gross indicated dividend yield of 2.74%. Hiap Teck’s manufacturing segment is engaged in the manufacture and distribution of steel pipes, hollow sections, scaffolding equipment and accessories, and other steel products, while its trading business is one of the largest in Malaysia.

Hiap Teck shares have declined 19% since peaking at 67 sen on May 6 to close at 54 sen last Thursday. Hiap Teck has a market capitalisation of RM924.6 million and the stock trades at 5.6 times historical PER, with a gross indicated dividend yield of 0.45%.

In 1HFY2021, CSC reported a net profit of RM37.26 million, which was 13 times higher than the corresponding period last year, while revenue grew 83%, owing to persistent supply constraints and an uptrend in steel prices. The company was in a net cash position as at June 30, with cash and cash equivalents of RM267.66 million and no borrowings.

CSC shares closed at RM1.28 last Thursday, which translates into a market capitalisation of RM472.7 million. At its current price, it is trading at 6.6 times price-earnings and an indicated dividend yield of 5.47%. The group has a policy of paying at least half of its profit after tax as dividend to shareholders. China Steel Asia Pacific Holdings Pte Ltd is the group’s single-largest shareholder, with a 46.3% stake. Since peaking at RM1.90 on May 6, CSC shares have lost a third of market value.

Southern Steel — which has the backing of tycoon Tan Sri Quek Leng Chan’s Hong Leong Group as its largest shareholder, with a 71.2% stake — is involved in the manufacturing, sale and trading of billets, steel bars, wire rods, wire mesh, pre-stressed concrete strands, bars and wires, steel pipes, steel wires and other related products.

For the first quarter of its financial year ending June 30, 2022, Southern Steel reported a net profit of RM32.12 million versus a net loss of RM28.13 million a year ago, whereas revenue grew 10% y-o-y to RM487.07 million on higher selling prices.

Masteel’s principal business activities are in the production of steel billets and steel bars.

For 1HFY2021, the company reported a net profit of RM17.78 million versus a net loss of RM26.7 million a year ago. This came on the back of a 34% y-o-y increase in revenue to RM792.87 million, thanks to higher selling prices and sales volume resulting from improved demand from the construction industry.

Since peaking at 87 sen on May 6, Masteel shares have declined 56% to close at 38 sen last Thursday. It has a market capitalisation of RM258.06 million and its stock trades at a PER of 5.7 times.

Mycron is one of a few fully operational Malaysian-owned and managed flat steel mills in the country.

Mycron shares closed at 49 sen last Thursday, which translates into a market capitalisation of RM160.26 million. The stock has lost 48% of its market value since closing at 95 sen on May 6.

Leon Fuat is a specialist in the processing and trading of carbon steel as well as stainless and alloy steel with a focus on both flat and long products. The group has a wide portfolio of steel products for trading, with flat products such as coils, plates, sheets, and welded tubes and pipes, welded rectangular and square sections. Under long products, it makes bars, rods, shafts, sections, angles and channels, and seamless tubes and pipes.

Leon Fuat shares have declined 24% since closing at RM1.19 on May 6. It ended at 90 sen last Thursday, which translates into a market capitalisation of RM306.9 million. At that price, the stock trades at a PER of 3.3 times, with a gross indicated dividend yield of 2.2%.