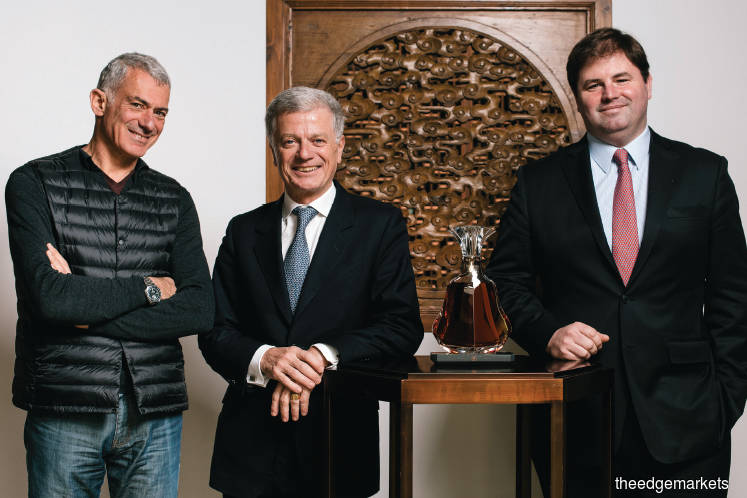 Bernard Peillon, chairman and CEO of Hennessy, on unveiling the stunning new crystal decanter of Hennessy Paradis Imperial, the maison’s jewel in the crown, as well as a precious bespoke travel trunk produced in collaboration with Louis Vuitton, amid magic and modernity in China’s most dynamic city

In today’s fast-paced world, when time seems to move faster than usual and age-old traditions are continuously being swept aside by unrelenting tidal waves of technology and innovation, it is heartening to know that sturdy, relevant bridges still exist between the past and the present. After all, as appealing as the idea of artificial intelligence, data and tech is in the quest for a modern-day utopia, it would be a tragedy indeed when the future forgets to honour the past.

It was, therefore, a great pleasure recently to embark on a journey that melded the two worlds so beautifully. Hosted by Bernard Peillon, chairman and CEO of celebrated cognac maison Hennessy, a cherry-picked coterie of guests and international media travelled to Shanghai, China, to discover two exceptional creations released in celebration of what is termed the jewel in Hennessy’s crown collection of cognacs, the Hennessy Paradis Imperial — a new crystal decanter designed by the celebrated artist and designer Arik Levy and a bespoke Hennessy travel trunk produced in collaboration with Louis Vuitton.

Cognac has always been loved by the people of the Middle Kingdom where it is perceived as a luxury beverage and status symbol. It was reported that China imported no less than 26.2 million bottles of cognac last year — which were doubtlessly exchanged as gifts (particularly among the business elite), opened and enjoyed at important occasions and even occupied choice spots in living spaces, displayed much the way a prized vase would. Hence, the choice of China’s most dynamic city as the venue for the unveiling of Hennessy Paradis Imperial’s new decanter came as no surprise.

For the full story, pick up a copy of The Edge Malaysia (February 18, 2019) at your nearest news stands or visit optionstheedge.com.