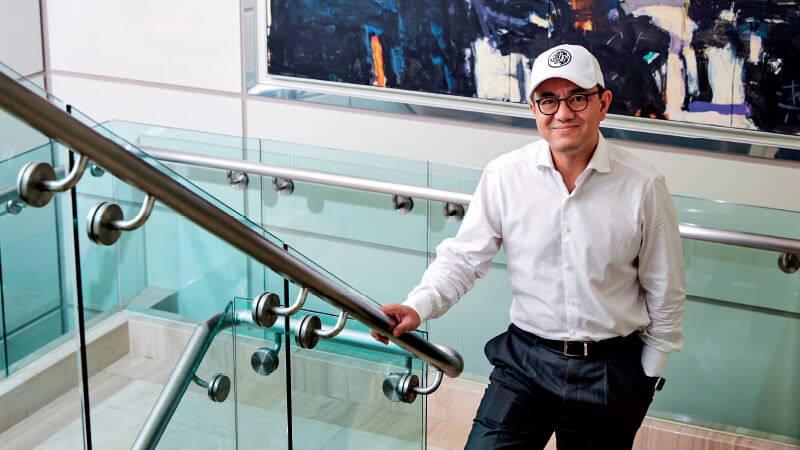 Five of the world’s top 50 golfers, four intense days on the greens and a US$3 million purse — there’s a lot to be excited about at the upcoming Maybank Championship. Malayan Banking Bhd group president and CEO Datuk Abdul Farid Alias tells Anandhi Gopinath how the third edition of the highly anticipated annual golf tournament is going to be different, and the legacy he hopes it leaves behind for the sport here and in the region. Let the games begin!

The first 10 minutes of my interview with Malayan Banking Bhd group president and CEO Datuk Abdul Farid Alias are spent discussing the shrinking green lungs in Kuala Lumpur, a topic inspired by the sprawling view from his

level 48 office. Encouraged though we are by our city’s impressive skyline, we also lament the lack of public access parks and how strong the tendency is to develop any amount of green space left. For all the environmental travesties that golf courses are accused of committing, at least they are a dedicated, untouched patch of green, versus painfully bare and barren land or yet another concrete edifice. This is a point once made by Australian golfing great Greg Norman, and one that Farid agrees with.

Apart from being the ultimate icebreaker, this part of our conversation was a nice way to ease into the subject at hand — the upcoming Maybank Championship golf tournament, which will be held at the elegant Saujana Golf & Country Club from Feb 1 to 4. This is the third iteration of the tournament in its current form, after a decade of running as the Maybank Malaysian Open. Boasting a purse of US$3 million, the four-day tournament will play out on Saujana’s Palm Course — nicknamed the Cobra — which was upgraded last year, reinforcing its standing as one of the most difficult golf courses in the world, and a leading championship course in Asia.

For the full story, pick up a copy of The Edge Malaysia (Jan 29) at your nearest newsstands or visit optionstheedge.com.