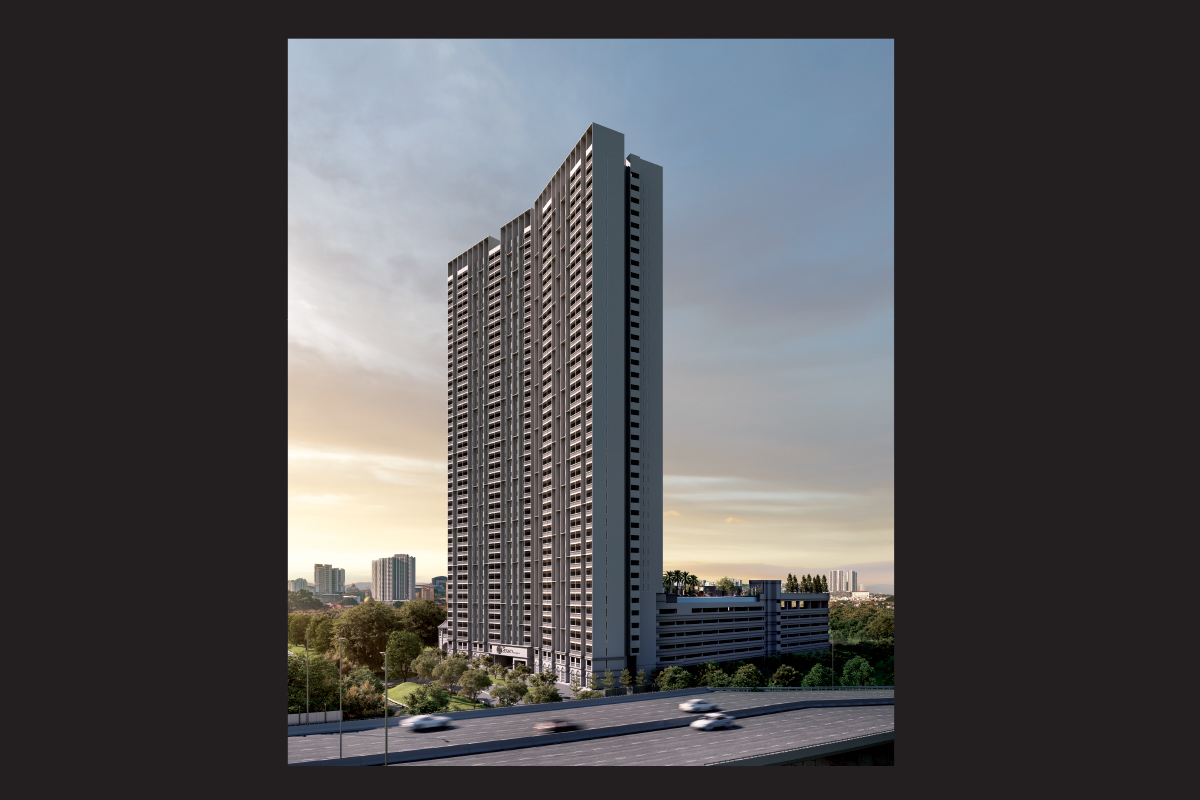 An artist’s impression of Tuan 2egacy, a 41-storey leasehold serviced apartment development that will offer 596 units (Photo by CPI Land)

CPI Land Sdn Bhd is planning to launch its Tuan 2egacy (pronounced Tuan Legacy) project in Jalan Kuching, Kuala Lumpur, in the fourth quarter of the year. With a gross development value of RM297 million, the 41-storey leasehold serviced apartment development occupies about three acres and will offer 596 units.

According to CPI Land director Chung Shan Tat, Tuan 2egacy is named after the company’s successful Tuan Residency project that was launched in January 2018. Also located in Jalan Kuching, the first Tuan development saw all of its units fully sold within 10 months of its launch. It was completed and handed over to buyers in 4Q2020 — four months ahead of schedule despite the Movement Control Order.

“Tuan 2egacy is poised to carry on the legacy of Tuan Residency, taking the Straits and colonial theme to another level. Those who live here will find pieces of art and visual experiences reminiscent of the past era,” Chung says via an email interview.

He adds that the overall concept is further expanded across the building façade with classic architectural details for the balcony railings, for example, and by using a pastel palette. “There will be many Instagrammable spots too!”

Tuan 2egacy will have a facilities deck with an Olympic-length lap pool and wading pool, outdoor basketball court, outdoor barbecue corner, children play stations, an indoor badminton court-cum-multipurpose hall, games room and gym, as well as some landscaping features such as the Glass Pavilion and Legacy Fountain. Chung: Despite the challenging market, we have managed to receive over 600 registrants since the project was soft-launched on June 27 (Photo by Sam Fong/The Edge)

Chung says the development’s location offers convenient access to offices, shopping and recreation, thanks to its proximity to Mont’Kiara, Sri Hartamas and vibrant landmarks in downtown KL such as Suria KLCC.

The development has easy access to the Duta-Ulu Klang Expressway (DUKE) and New Klang Valley Expressway (NKVE). It is about 1km from the Segambut KTM station and 5km from the Kepong Baru MRT station. The Kentonmen MRT station that is currently under construction is 3.5km away, or a five minutes’ drive from the site.

The target market of Tuan 2egacy are young couples as well as upgraders from the surrounding areas such as Jalan Ipoh, Jalan Kuching and Kepong, says Chung. “Our market studies have shown that there is strong interest and genuine demand for attractively priced smaller units. We’ve simply added more value by creating concepts that appeal to the imagination of the current generation of homebuyers,” he adds.

“Despite the challenging market, we have managed to receive over 600 registrants since the project was soft-launched on June 27. We are confident that the units will sell well, considering the value we have added to these residences. The development is beautifully conceptualised, designed and landscaped while also offering practical layouts at affordable prices.”

Meanwhile, CPI Land is on track to launch Phase 2 of Dian Residency in Shah Alam, Selangor, and Phase 2 of Serintin in Mantin, Negeri Sembilan, in 2Q2022 and 3Q2022 respectively. “For now, we’re working on completing Dian Residency, of which 90% of the units are already sold. We’ve completed the piling stage of the construction and have just started on the main building works,” says Chung. The grand lobby at Tuan 2egacy, which will carry the Straits and colonial-inspired design theme that will feature throughout the development (Photo by CPI Land)

In addition to preparing Tuan 2egacy for launch, CPI Land is planning submissions for Phase 2 of both Dian Residency and Serintin. The developer is also targeting to hand over Kerian Links in Taman Rainbow, KL, by 3Q2021. The latter is a build-then-sell boutique development comprising 12 link houses that are fully sold.