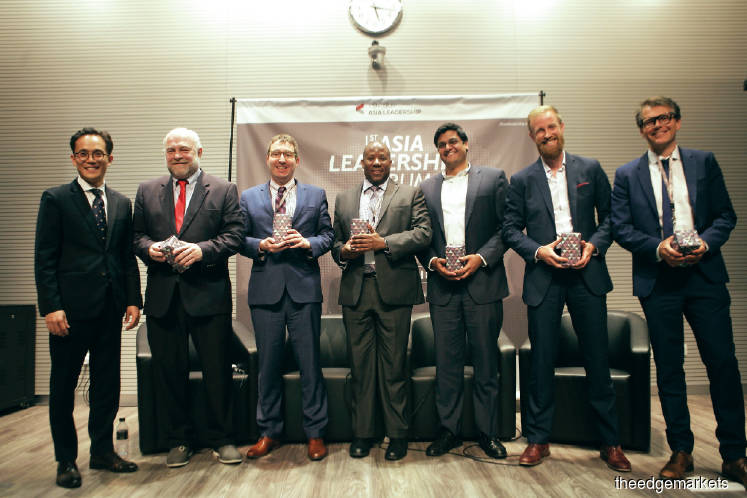 In the early 1900s, if legendary automaker and industrial pioneer Henry Ford had asked prospective customers what they wanted, they would probably have said, “Faster horses”.

Therein lies a curious “paradox of wants”. The customer may always be right, but the customer does not always know what he wants. This presents a unique challenge to product designers and marketers.

“It is easy to tell ourselves to think outside the box and be innovative. Most people aspire to these values, but the missing part is the so-called ‘toolkit’. How do you do all this?” says Dent Education co-founder and inventor Rajan Patel.

He advocates the simple act of observation. “There is so much information in front of you, even without having to engage with anyone. Consider a group of people in a common space where people tend to congregate. Notice their expressions, their immediate environments and the people and objects they interact with. Observe their body language,” he says.

According to Patel, businesses are able to draw many useful inferences from these observations alone. But it is possible to take things further.

Signo Uddenberg, a design thinking expert and director of research, development and innovation at MKThink, believes businesses will benefit from adopting a more holistic approach to market research. In this age of sterilised focus groups and lab-grown consumer sentiment, he advocates quite a contrarian perspective: Do not remove the variables and social conventions that form the basis of meaningful conversations.

“By going out into the environment where people are in their more natural states and engaging them in conversation, there is a realness to the interaction. And it is from here that businesses will be able to find solutions,” says Uddenberg.

“I think focus groups tend to remove all the variability that you need to understand to create a solution that people will actually use. It is one thing to make a product or service that works and makes economic sense, but is it ‘adoptable’?

“We tend to forget that people are rushing to pick up their children, or are tired at the end of the day. So, much of the time, these products simply do not fit into people’s lifestyles.”

Key to supercharging these connections and relationships is knowing how to utilise social networks, says Dr Robert W Livingston, public policy professor at the Harvard Kennedy School. He tells Enterprise that social networks are able to unlock insights into everything from the spread of viral videos and gossip to even diseases.

Social networks are so powerful because of how diverse they have become, says Livingston. “Tapping into a social network exponentially increases the likelihood that any two people are connected. Bill Gates’ mother — Mary Maxwell Gates — was on the board of directors at non-profit organisation United Way. So was the then IBM CEO John Akers.”

That was how Bill and Microsoft, then just a fledgling company, went on to become an operating system supplier to IBM. Barely 10 years after its maiden supply contract with the giant, Microsoft successfully captured 90% of the world’s personal computer market with its Windows operating system.

Another outcome of diverse groups is the principle of collective intelligence, says Livingston. “There are empirical findings that tell us that if the team is dynamic enough, its overall performance can be greater than its average competence. In fact, it is observed that diverse teams are able to be more intelligent than even the most intelligent individual on that team.”

But there is a caveat. The benefits of collective intelligence are best expressed in creative and complex problem-solving settings.

“If you are in the military, then you want a centralised, hierarchical system to get the job done. It is all about the implementation, coordination and execution. Nobody is allowed an opinion on the frontlines — you either follow orders or you are slaughtered by the enemy,” says Livingston.

“On the other hand, I have done a lot of work with Airbnb and the amount of egalitarianism or so-called ‘democracy’ in that company was shocking to me. People there pretty much get to decide what their days are like. They get to bring their dogs to work and there are no offices because there is no real hierarchy.

“This was really frustrating for me personally. But for them, this kind of ‘organised chaos’ actually worked really well. People felt safe enough to come up with the kinds of great ideas that Airbnb now offers its community.”

But this culture would not work at Goldman Sachs, where people are much more attuned to rank and hierarchy, says Livingston. People tend to be more tight-lipped and less forthcoming in their opinions and assessments. “I don’t think you can have the Wall Street kind of culture in Silicon Valley and see the same kind of results,” he points out.

Enterprise interviewed Patel, Uddenberg and Livingston on the sidelines of the recently held Asia Leadership Forum and Global Change Agent Programme organised by the Center for Asia Leadership.