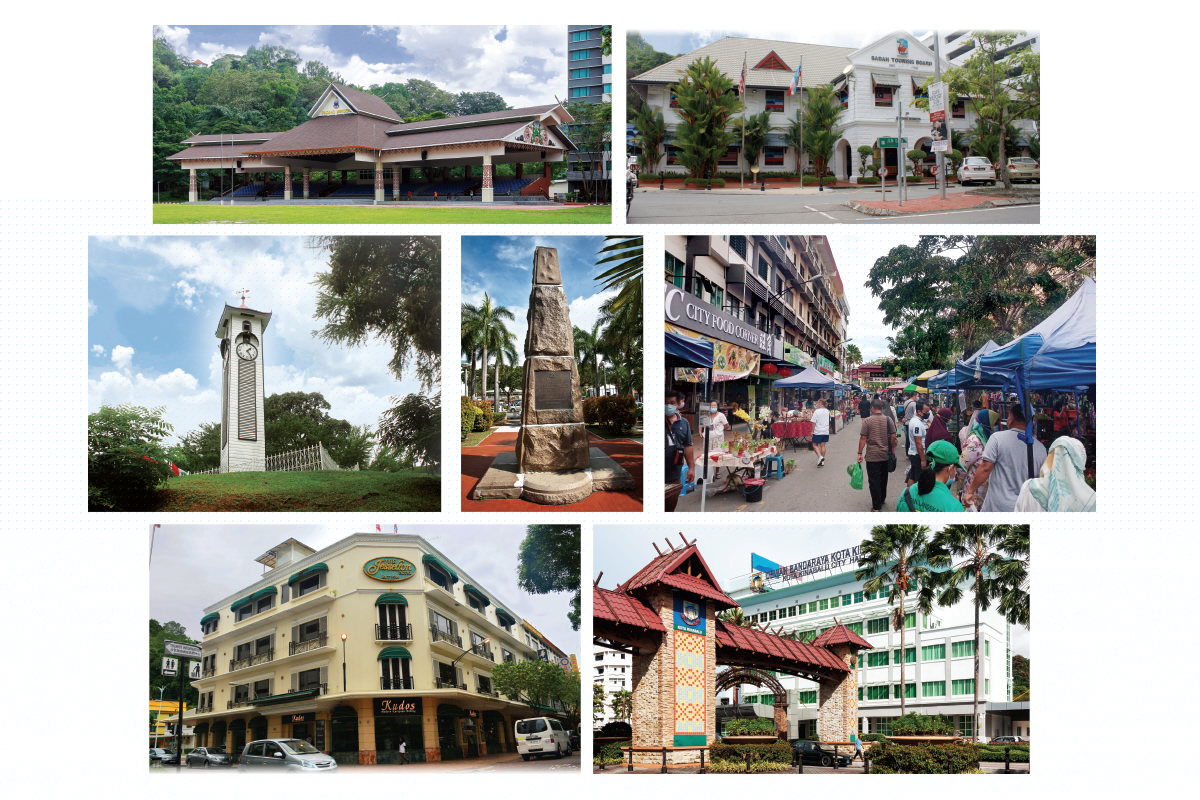 Kota Kinabalu, located on the west coast of Sabah, was known as Jesselton during the colonial days. The state capital was renamed in 1967 after the majestic Mt Kinabalu, the highest mountain in Southeast Asia. It has an intriguing blend of modern buildings and historical monuments. The Kota Kinabalu Heritage Walk provides some interesting insights into the city.

Padang Merdeka, also known as Merdeka Square, has a capacity of about 5,000. It was used as a football field before the Kota Kinabalu Community Hall was built there in the 1950s. On Sept 16, 1963, Sabah chief minister Tun Donald Stephens declared the formation of the Federation of Malaysia at the site and thereafter, it was used only for small ceremonies or functions.

The area was closed for several months for renovations in 2015, and subsequently gazetted by the Sabah State Heritage Council under the State Heritage Enactment 2017 on Feb 23, 2018, according to wander.am.

The Sabah Tourism Board building, formerly the Jesselton Post Office, was constructed by a Sandakan-based printing company in 1916. It was renovated in 1936 to house the offices of the Treasury, Audit, Bank Agency and Post.

During World War II (WWII), the building sustained some damage from bombings by the Allied Forces. After it was repaired, it was used as the headquarters of the Department of Posts and Telecommunications, Treasury, Audit, Town Board, Resident Office, District Office and Attorney-General’s office, ­according to mysabah.com. Later, the premises housed the Kota Kinabalu Post Office until September 1986. In June 1987, the Ministry of Tourism, Culture and Environment took over the building and converted it into the current headquarters of the Sabah Tourism Board and Tourist Information Centre.  It was also gazetted by the Sabah State Heritage Council under the State Heritage Enactment 2017. The Atkinson Clock Tower — one of the oldest ­architectural heritage structures in Sabah — was once known as the Atkinson Memorial Clock Tower. The 50ft tall structure that dates back more than a century stands atop a hill overlooking the city and is a popular tourist attraction.

According to kotakinabalu.info, it was built in 1905 as a tribute to Jesselton first district officer Francis George Atkinson, who died of “Borneo Fever”, or malaria, at the age of 28 in December 1902. The clock tower was presented by his mother as a tribute to him and it was commissioned on April 20, 1905.

In the olden days, ships used the tower as a navigational landmark due to its visibility from the sea. It was illuminated at night and used as a shipping landmark until the 1950s. This monument was erected on May 8, 1923, by the North Borneo Chartered Company, in Gaya Street, formerly known as Bond Street.

According to roll-of-honour.com, it was initially built to commemorate the fallen British soldiers during WWI, but later extended to include Australian soldiers in WWII.

It originally comprised a granite obelisk of about 2.5m in height and a cannon, which were each placed on their own narrow rectangular base with semi-­circular ends. Both bases were mounted on a second common base.

Today, the monument stands in front of Kota Kinabalu City Hall, according to dbpedia.org.

Dubbed Sabah’s Chinatown because of the many Chinese coffee shops and restaurants found there, Gaya Street is one of the most famous tourist attractions in the city’s central business district. It was called Bond Street during the British colonial era when Sabah was known as North Borneo.

According to museumvolunteersjmm.com, the street started off as a railway track in 1902 for the transport of rubber from the Sapong and Melalap estates in Tenom and ended at the wharf. Jesselton harbour was then the gateway to the rest of the world until the arrival of passenger planes. In the early 20th century, farmers from the highlands and fishermen from the coastal areas met once a week at the street to barter their products with the immigrant Chinese, Indonesian and Filipino traders. The locals traded fruits, vegetables, rattan, poultry as well as handicrafts for cotton and silk, spices, medicinal ointments, jewellery and kitchen utensils.

Today, Gaya Street is known for its vibrant commercial activities and has become a favourite spot for both locals and tourists alike. It is closed to traffic every Sunday morning to make way for the Sunday Market, which runs from 5.30am to 1pm. One can get anything here, including souvenirs, herbs, medicinal roots, antiques, coins and collectibles, local beads and cultured pearls, clothes, vegetables and fruits. Jesselton Hotel is the oldest — and the first post-war — modern hotel to be built in Kota Kinabalu after WWII.

Following the devastation of Jesselton after the war, British colonial governor Sir Herbert Ralph Hone encouraged a consortium of Chinese Hong Kong businessmen to invest in, and build, a hotel in Gaya Street in 1954. It was named Jesselton Hotel.

In 1971, the hotel was sold to Sabah Chinese leader Khoo Siak Chew, who then transferred the management to Wong Tze Fatt, a co-founder of Gardenia Bread, in 1978. Under his management, the hotel was given a facelift in 1989, and spruced up with contemporary interiors and modern facilities, according to jesseltonhotel.com.