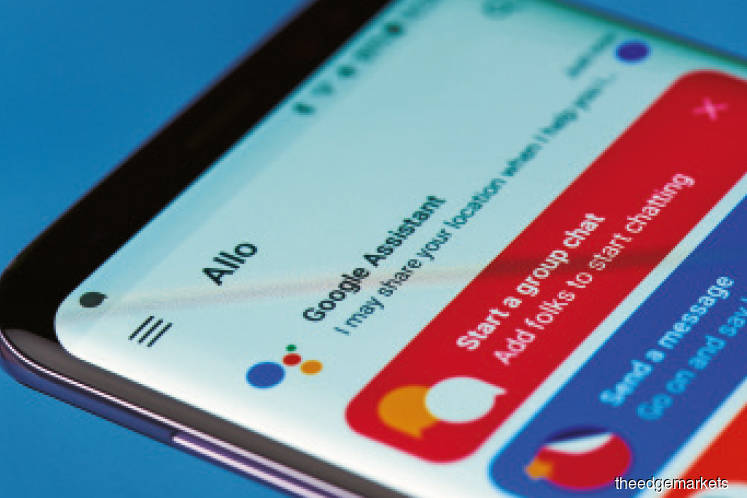 Since January is the first month of the year and most people are a little more relaxed, let’s home in on a geeky question: How smart are the devices in your home? The cheeky answer: As smart as the witty jokes they can tell.

Here is a sample from the four most common smart-home devices in the market: Amazon’s Alexa, Apple’s Siri, Google Assistant and Microsoft’s Cortana. Their witticisms could reflect the category of consumers who most opt to buy the specific devices. As it turns out, you can ask each of these devices to tell you a joke.

Alexa speaks via Amazon’s Echo and Echo Dot devices and seems to love a pun. “What did the dog say after a long day at work?” Alexa asks — and pauses. “Today was ruff.”

Siri is a little more serious and her jokes seem a bit geekier, given that she needs to appeal to a customer base that is willing to pay a premium for Apple products. “The past, present and future walk into a bar,” Siri deadpans, if one may imagine her doing that. “It was tense.”

Google Assistant works on the Google Allo messaging app, Google Home devices and select Android phones. Its jokes are more generic and sitcom-worthy. Here is one that sounds hilarious in an American accent: “What do you call a can opener that does not work?” A brief pause. “A can’t opener!”

Cortana comes with a bundle of gags, puns and limericks. Here’s one, “Why did the chicken cross the road, roll in the mud and cross the road again?” The answer: “Because he was a dirty double-crosser!”

The humour may be cool, but the joke is on us because we are paying for the devices — and for the jokes. More than 832 million smart home devices were probably sold last year globally, up a robust 30% from 2018, according to estimates by International Data Corp (IDC). By 2023, nearly 1.6 billion smart devices will sit in homes worldwide, notching a compound annual growth rate (CAGR) of about 17% between now and then.

“The year 2018 was all about getting products into consumers’ homes and both Amazon and Google excelled at this through low-cost smart speakers and multiple bundles across device categories. However, 2019 may have been more about tying the various devices together to form a more cohesive experience and, more importantly, layering in additional services,” says Jitesh Ubrani, research manager at IDC Mobile Device Trackers.

IDC says the smart home market is likely to be dominated by Amazon and Google, despite Apple gaining traction. Samsung is also making inroads, especially with its investment in Bixby and Tizen.

In March 2017, the South Korean giant launched its voice-powered digital assistant Bixby on the Galaxy S8 and S8+ and the Galaxy Tab. Tizen is an open-source Linux-based mobile operating system. The company merged its Linux-based operating system, called Bada, into Tizen and is using it on platforms that power wearable devices and smart TVs.

“One important trend to watch is how smart assistants become integrated throughout the home. Smart assistants will act as the point of contact with multiple smart home devices and become the cornerstone of the smart home experience. We are seeing that with smart speakers. This will move on to appliances, thermostats and all sorts of video entertainment,” says Ramon Llamas, research director at IDC’s consumer Internet of Things (IoT) programme.

What makes a home smart? Intelligence, or a level of heuristics, defined as an algorithm that discovers or learns by itself after analysing patterns of behaviour or incidents. True heuristics that use artificial intelligence (AI) are a little futuristic at this point.

“Digital disruption is happening right now in the connected home. The disruption we are seeing is the move from a connected home to an intelligent home,” says Jessica Ekholm, a research director at Gartner.

But what exactly is an intelligent home? “First of all, it is the evolution of the connected home, the next step in how our homes will be shaped and function in the future. The intelligent home learns the behaviours and preferences of people and, in some cases, even of pets. It adapts to and anticipates their needs,” says Ekholm.

“It utilises data gathered from a selection of devices and sensors around the home, as well as from wearables and connected cars. It anticipates the needs of users in the home and responds accordingly. It is a fully autonomous home that acts on your behalf.”

Consulting firm McKinsey & Co says a smart home will be akin to a human central nervous system, with a central platform, or “brain”, at its core. Individual “home-bots” of different computing power will radiate out from this platform and perform a wide variety of tasks, including supervising other bots.

“Home-bots can be as diverse as their roles: big, small, shared, personal and, in some cases, invisible (such as the software that runs systems or products). Some home-bots will be companions or assistants, others will be wealth planners and accountants. “We will have home-bots as coaches, window-washers and household managers, throughout our home,” McKinsey notes.

A slew of devices that mimic a level of heuristics is already available for the home. They range from speakers, smart TV sets, room cleaners and refrigerators to lighting lamps, lovable little toys, smart cameras and security devices. They can be controlled using your laptop, tablet or smartphone. IDC divides them into several categories.

1. Video entertainment devices: This may include smart TVs, digital media adapters and other IP-connected video devices. The market for smart TVs is the biggest in this category, led by companies such as Samsung and LG.

2. Home monitoring: Security devices include connected door locks, cameras, moisture sensors and doorbells. IDC expects this to remain the second largest category in terms of unit shipments between now and 2022.

3. Smart speakers with built-in smart assistants: Amazon and Google have been offering additional models and price points through their first-party speakers and by partnering other brands to bring Alexa or Google Assistant-enabled speakers. “What remains to be seen is how long the partners can survive, since the sale of hardware is probably the smallest part of the overall revenue associated with this category,” says IDC.

4. Connected lighting products: These include products from Philips, GE and IKEA, among others. With prices dropping and bundling with smart speakers as an entry-level smart home solution, the lighting category offers huge potential. IDC anticipates that this category will be worth more than US$3.5 billion by end-2022.

5. Thermostats: Like those offered by Nest or Ecobee, these products are “hot” items for colder climates.

Other smart home products such as connected appliances, sprinkler systems and smaller devices make up the rest.

Are Malaysians forking out money to make their homes smarter? Yes, to an extent. They are set to spend US$260 million on smart home devices by 2023, up from US$105 million in 2019. That is a CAGR of 25.5% between 2018 and 2023, according to data provided by Statista, a German online portal that collects and collates market research data from a range of sources. Smart device penetration currently stands at 4.1% of all households in Malaysia. It is expected to reach 12.6% by 2023.

There is now a handful of companies offering devices, solutions and consultancy in Malaysia. One such company is Vyrox, which says it developed Southeast Asia’s first web-based smart home system using HTML5 and PHP in 2010. It is now implementing an AI-based recognition solution for Malaysian vehicle number plates.

“Technology is for everyone and it should not be expensive. Over the years, working with property developers and architects, we have defined a standard for IoT smart homes in Malaysia. It should at least have functions like lighting control, air-conditioner control, motorised blinds/curtains/shutters, video intercom, digital door locks, security sensors and IP CCTV for security,” says Vyrox founder YR Leong.

What makes the smart home smart? On the hardware front, the confluence of IoT and high-speed bandwidth — primarily from telecommunications companies. No wonder Celcom Axiata Bhd is set to invest RM100 million in the next five years on its IoT Centre of Excellence and related infrastructure in Malaysia. Of that, about RM70 million will go to boost network speeds and technology, RM20 million will be set aside for R&D and RM10 million will be used to build platforms to handle IoT traffic.

What kind of traffic would benefit smart homes? Smart metering, for one. IoT sensors in electricity meters and devices can switch off appliances when one leaves the room, or even let users programme power consumption limits to save money or energy. Another potential use could be in smart vehicles such as cars and trucks. For example, IoT devices can monitor fuel consumption, oil leakage and device defects.

On the software side, platforms will provide the foundation to integrate different devices while offering a consistent interface for the consumer. Platform frontrunners include Amazon, Apple, Google and Samsung. Start-ups at various points in the development cycle will be part of the mix in the future.

“The winners will deliver omnipresence through ubiquitous connectivity and go-anywhere hardware, as well as integration, with bots collaborating with each other and linking to third parties’ products and services. If the recent past is any indication, it is likely that multiple platform standards will evolve. That will present complexities for both consumers and businesses but will foster new, niche opportunities as well,” says McKinsey.

The bottom line: In the smart home of the future, will the jokes get smarter? That is subjective and akin to beauty. Beauty, as is famously quoted, depends on the eye of the beholder. Likewise, laughter should depend on the ear of the listener.

Since we started this column with a few jokes, let’s end with a couple more. Here is Alexa’s rap, delivered with typical Amazon bluster. “My name is Alexa and I am here to say: I am the baddest AI in the cloud today! Your responses are fast, but mine are faster! Sucker speech engines, they call me master!”