Econ 4.0: Why care about healthcare? 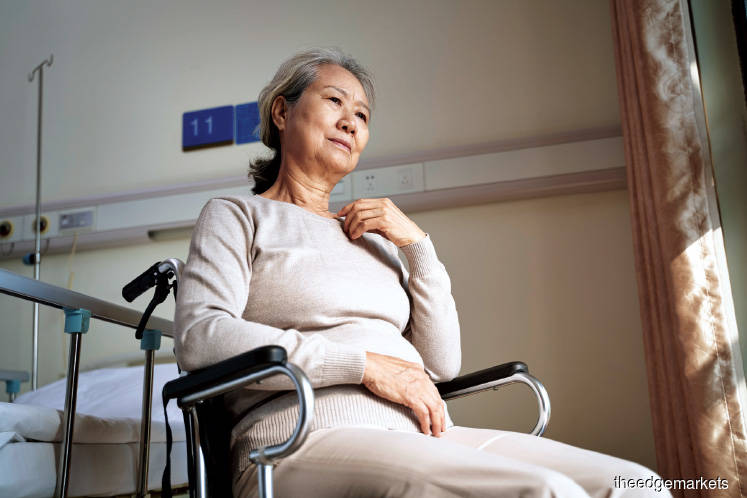 The rise in the aged population has caused a corresponding rise in loneliness, which former US Surgeon-General Vivek Murthy claims leads to a reduction in lifespan similar to that caused by smoking 15 cigarettes a day

Here is a modern medical myth. Pat is a proctologist, or a specialist who performs surgery on people who have problems with their colon, rectum and anus. After 25 years of doing the same surgical procedures, usually through the anus, he suffers a midlife crisis, resigns from his job and enrols in a school to learn to be an auto mechanic. At the practical exam, he gets the highest score ever and the entire school lines up to applaud the super mechanic.

Delighted but confused, the former physician asks why all the fuss. “Because you are a miracle mechanic,” the principal says proudly. “The first part of the test was taking the engine apart. You did that perfectly and got a full score. The second part was to put it back together again. You did that meticulously and scored 100%. And the miraculous feat was that you did all this through the car’s tailpipe!”

If that fable sounds ridiculous, it isn’t. Our doctors, nurses and other healthcare professionals are expected to deliver miraculous results every day, treating terribly sick patients by working non-stop for little pay and with few benefits, often with food and sleep deprivation, plus having to take adequate care to keep from getting sick. With Covid-19 overwhelming healthcare facilities worldwide, it is a miracle that healthcare workers continue to do their jobs tirelessly day in and day out, while often not being adequately applauded for their selfless efforts.

Countries and companies are now coming together to show special appreciation to healthcare workers. At end-March, Malaysia announced it would raise the special allowance for healthcare workers from RM400 to RM600 per month, from April until the Covid-19 outbreak ends. “I am aware that during these trying times, our healthcare staff are worn out and feeling pressured. But we must stay strong to fight this great challenge,” said Prime Minister Tan Sri Muhyiddin Yassin.

In late April, heads of state and global health leaders came together under the World Health Organisation (WHO) to commit to work together to accelerate the development and production of new vaccines, tests and treatments for Covid-19 and assure equitable access worldwide. “We will only halt Covid-19 through solidarity. Countries, health partners, manufacturers and the private sector must act together and ensure that the fruits of science and research can benefit everybody,” said WHO director-general Dr Tedros Adhanom Ghebreyesus.

Among the most vulnerable victims of the current pandemic are the aged and infirm. According to recent UN data, one in six people worldwide (close to 17% of the global population) will be aged 65 or over by 2050, up from one in 11 in 2019 (9% of the global population), while one in four persons in Europe and North America will be in that age group. The number of people aged 80 years or over is projected to triple from 143 million in 2019 to 426 million in 2050.

“As it stands, there are more of us — from six million in 1957 to 30 million now — and it is going to be 40 million. We are going to be an old society. Old, poor, sick, have to work and without children or grandchildren by 2050,” Dr Muhammed Abdul Khalid, chief economist at DM Analytics Malaysia and a former economic adviser to the prime minister, was quoted as saying in a myForesight report on May 2.

A huge rise in the aged population causes a corresponding rise in loneliness. The elderly wrestle with the need to rebuild and reclaim their social capital, but without the means to do so. An ageing population impacts not just individuals and families but also healthcare professionals, companies, advocacy groups and government agencies. It is insightful to note that in January 2018, the UK government appointed Tracey Crouch, 42, a Minister for Loneliness — the world’s first.

However, loneliness is a universal problem. In Japan, deaths among the lonely elderly have a name, kodokushi. A 2010 survey found that more than 33% of US citizens over the age of 45 felt lonely. In 2017, former US Surgeon-General Vivek Murthy called loneliness a “growing health epidemic” in a Harvard Business Review essay, citing a study that said social isolation was “associated with a reduction in lifespan similar to that caused by smoking 15 cigarettes a day”.

Negative medical outcomes due to chronic age related illnesses linked to loneliness are expensive to treat, contributing to the rise in overall healthcare costs. Frequent visits by older adults to their physicians — primarily for social interaction — also strains limited healthcare resources by diverting them from other patients’ acute needs.

“People will somaticise (convert anxiety into physical symptoms), which is their ticket to get in to see the family doctor. They actually don’t have an underlying physical problem. They just want social contact,” says George Crooks, CEO of the Digital Health and Care Institute in Scotland.

The hidden cost of loneliness in the older adult population has economic and social consequences. “From businesses with employees struggling as caregivers and communities losing the contribution of older adults in civic activities to governments trying to manage their overall social care budgets, the lack of social cohesion has ripple effects. In combination, they represent a public health conundrum that has the potential to worsen as the older adult population continues to grow,” notes a study by the IBM Institute for Business Value.

Once countries ease strict lockdowns and people get back to work, there will be post-Covid-19 issues to deal with. While employees who return to work will be certified as healthy, other issues related to governance and compliance will crop up. This is the key question: Are companies planning adequately for the post-Covid-19 era?

Not quite. As legal and compliance leaders arrange for their organisations to return to work, 55% of general counsels feel least prepared to address employee safety decisions, according to an April poll by Gartner Inc.

“Most organisations are not completely ready to return to the workplace right now. However, legal leaders are developing return-to-workplace standards and protocols that will enable employees to safely return to work and also comply with any local requirements and public health considerations,” says Vidhya Balasubramanian, vice-president of Gartner’s legal and compliance practice.

Gartner advises legal and compliance teams to focus on three aspects of returning to work: monitoring developments for when to return to the workplace; developing new work standards that will ensure employee safety and compliance with local mandates; and working with business leaders to develop new on-site safety measures that will protect employee health and privacy.

Beyond that baseline of legal, ethical and regulatory compliance, there are a myriad of other issues that a post-Covid-19 world will force companies to face. “Tough trade-offs abound, and with them, tough decisions about communicating complex issues to diverse audiences. Never have executives been put under such an intense spotlight by a sceptical public gauging the care, authenticity and purpose that companies demonstrate. Leaders lack a clear playbook to quickly connect with rattled employees and communities about immediate matters of great importance, much less reassure them as they ponder the future,” notes a recent McKinsey study.

McKinsey’s advice? Pause, take a deep breath. The good news is that the fundamental tools of effective communication still work. Define and point to long-term goals. Listen to, and understand, your stakeholders. Create openings for dialogue. Be proactive. But don’t stop there. In this crisis, leaders can draw on a wealth of research, precedence and experience to build corporate resilience through an extended period of uncertainty, and even turn a crisis into a catalyst for positive change. Do these five things well:

Give people what they need, when they need it. People’s information needs to evolve in a crisis, so should a good communicator’s messaging. Different forms of information can help listeners to stay safe, cope mentally and connect to a deeper sense of purpose and stability;

Choose candour over charisma. Trust is most important in a crisis. Be honest about where things stand, don’t be afraid to show vulnerability and maintain transparency to build loyalty and lead more effectively;

Revitalise resilience. As the health crisis metastasises into an economic crisis, accentuate the positive and strengthen communal bonds to restore confidence;

Distil meaning from chaos. The crisis will end. Help people make sense of all that has happened. Establish a clear vision, or mantra, for how the organisation and its people will emerge.

It is easy to plunge into the maelstrom of social media misinformation, copy what others are doing or seek big, one-off, bold gestures. Crises can produce great leaders and communicators, whose words and actions comfort in the present, restore faith in the long term and are remembered long after the crisis is over.