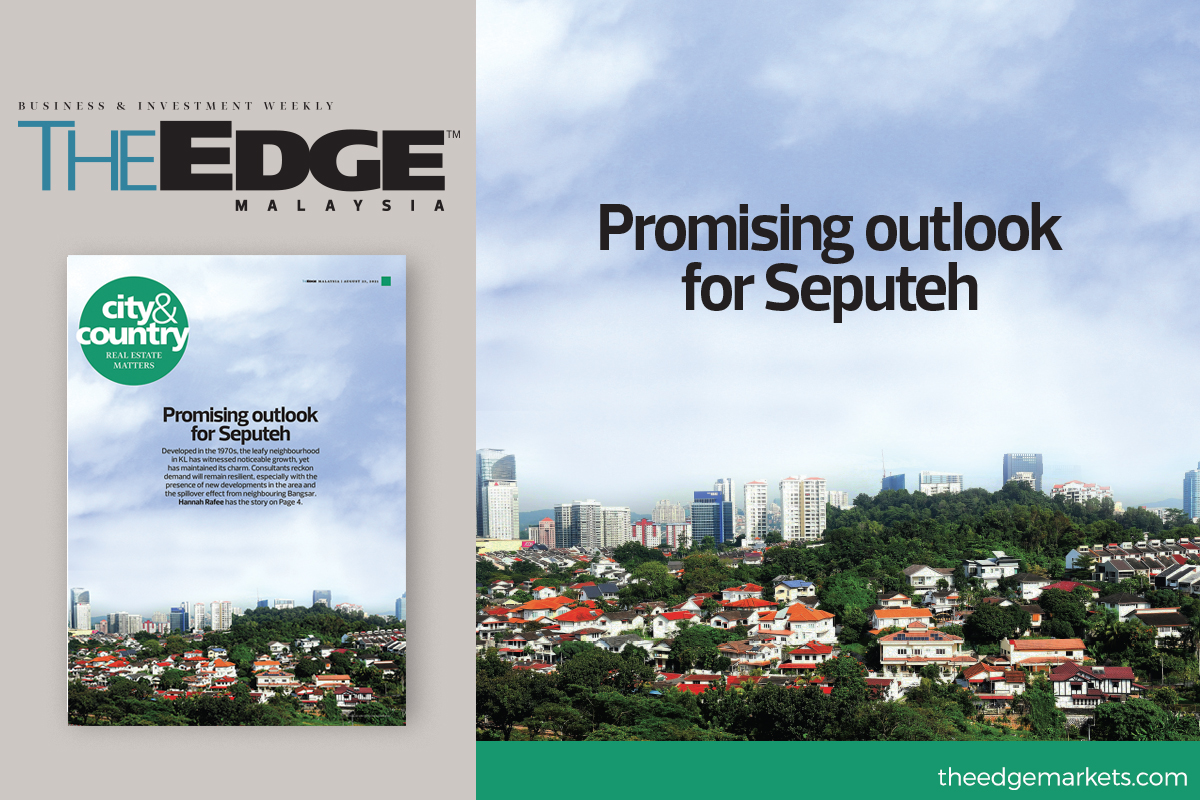 KUALA LUMPUR (Aug 22): The leafy, low density neighbourhood of Seputeh has witnessed noticeable growth, yet has managed to maintain its charm. Developed in the 1970s, Seputeh is an amalgamation of old and new, with its older landed homes and newer commercial and apartment buildings.

Nearby landmarks include the popular Mid Valley Megamall and Glasshouse at Seputeh.

Existing developments in Seputeh attract a mix of lower-middle- and middle-income earners, while the newer bungalows and condominiums are populated by the middle- to upper-middle class, comprising upgraders and younger families, says consultants.

In terms of demand, Seputeh is expected to be resilient, especially with the spillover effect from neighbouring Bangsar, according to consultants.

Situated in the heart of Kuala Lumpur and right next to the prosperous township of Bangsar, Seputeh enjoys proximity to the city centre and is endowed with good accessibility and nearby amenities, including access to the Seputeh KTM station.

With the presence of new developments such as Setia Sky Seputeh by S P Setia Bhd, Avara Seputeh by Ba Sheng Sdn Bhd and Est8 @ Seputeh by Eupe Corp Bhd, the market outlook in Seputeh appears to be optimistic. Setia Sky Seputeh, for example, has set a benchmark in terms of price psf (between RM850 to RM900) in the area, according to consultants.

Read more about it in the City & Country pullout of The Edge Malaysia weekly’s Aug 23 edition.