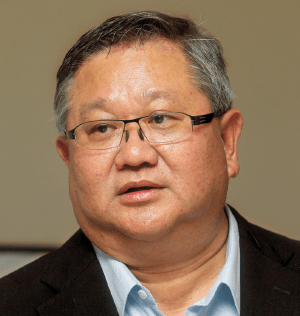 The agreement was for Hammersmith Properties to acquire Landmark House and Thames Tower, which sit on 1.2 acres (0.4856ha) in Hammersmith Bridge Road. The two buildings, which were constructed in the 1960s, are close to the A4, the principal road connecting Central London to Heathrow Airport.

There is a total net internal area of 135,448 sq ft between Landmark House and Thames Tower.

While 63% of Landmark House is currently occupied by short-term tenants and generates an annual rental income of £1.63 million, E&O group managing director Datuk Terry Tham said there is potential for a major refurbishment of both office towers.

“This prime freehold parcel in the established commercial hub of Hammersmith represents a significant refurbishment or redevelopment opportunity for E&O in the future. Subject to the relevant authority approvals, there is the potential to create Grade A office space and residential accommodation in an area where demand for quality new build property is strong,” he said in a statement.

E&O’s filing stated that Thames Tower is currently vacant. However, its associated car park is subject to short-term parking leases.

The acquisition of the office buildings, however, could theoretically result in E&O’s net borrowings flirting in the ideal ratio of 0.5 times of its equity. The group currently intends to use bank borrowings for 70% of the purchase value, which will raise its pro forma net borrowings by 68.5% to RM759.93 million from its audited net borrowings of RM450.99 million for its financial year ended March 31, 2014 (FY14).

This will result in its pro forma net gearing rising to 0.52 times from 0.31 times. The deposit and remaining 15% payment will be funded via internal funds and/or bank borrowings.

E&O is looking to capitalise on the current popularity of the London property market. Citing data from CBRE, the group said: “Hammersmith is experiencing strong demand and price growth reflected by a 7% increase in the second quarter of 2014 alone. Sentiment is supported by significant enhancements to the wider area, including major regeneration works that are helping it to close the gap on the neighbouring affluent borough of Kensington and Chelsea.”

The two properties will join the group’s existing Princes House and ESCA House properties. Together, E&O’s London investment has a gross development value of RM1.4 billion.

This article first appeared in The Edge Financial Daily, on January 20, 2015.