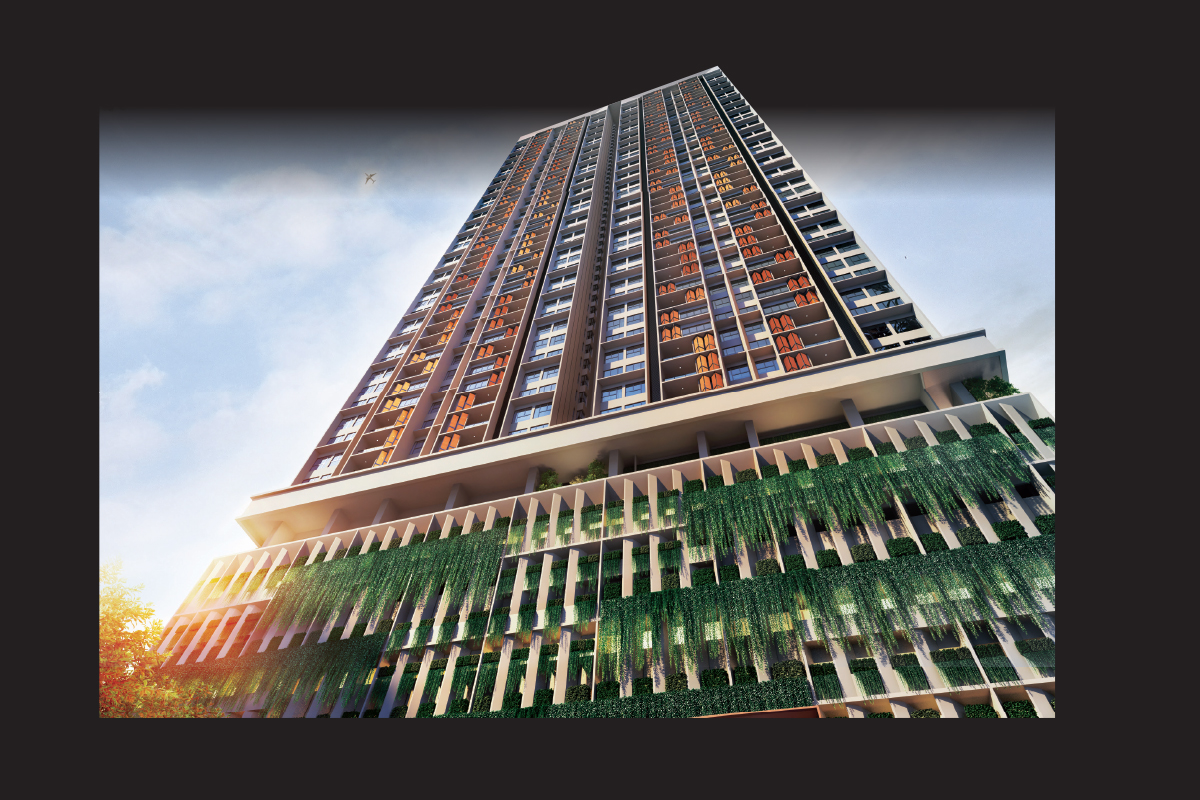 The Fiddlewoodz @ KL Metropolis will offer 679 units of serviced residences in two towers, one 52 storeys and the other 54 storeys (Photo by Exsim Group)

Exsim Group is planning to launch The Fiddlewoodz @ KL Metropolis, an RM828.7 million serviced residence development in Jalan Dutamas 2, Kuala Lumpur, in 4Q2021. The project will offer 679 units in two towers — 386 units in the 54-storey Tower A and 293 units in the 52-storey Tower B.

Exsim head of corporate communications Michelle Siew says the project was conceptualised based on the travel experience. “The Fiddlewoodz @ KL Metropolis was designed around the idea of wanderlust and travelling the world, but without leaving one’s home. The development takes inspiration from iconic travel destinations and experiences from all over the globe, and is a truly inventive concept,” she explains in an email interview.

“KL Metropolis is a visionary international business district that was conceptualised as a key driver of growth in KL North. It is a dynamic hub with corporate offices, residences, leisure and retail components,” says Siew.

She adds that The Fiddlewoodz @ KL Metropolis is located right next to established neighbourhoods such as Mont’Kiara and is nestled within a cocoon of amenities and facilities, as well as trendy and upscale lifestyle options.

The area is also served by multiple access routes such as the Duta-Ulu Kelang Expressway (DUKE), New Klang Valley Expressway (NKVE) and SPRINT Expressway, and is five minutes’ drive to the Segambut KTM Station and Duta Bus Terminal. “The location offers seamless connectivity to areas around the Klang Valley, making it a truly sought-after address,” she says.

Units come in three layout options, with built-ups of 889 to 1,476 sq ft. Siew says the two to three-bedroom units come with balconies or lanais to provide optimal space utilisation.

“After the unprecedented periods of lockdown, we realise the importance of the quality of home and surroundings. We all want to live in a space that can offer us enriching experiences, rejuvenate our senses — of sight, smell, touch, sound and taste — and stimulate positive thoughts,” she adds.

Selling prices start from RM854,800 while the estimated maintenance charge is 38 sen psf, excluding sinking fund. The project is slated for completion in 2025.

While the Covid-19 pandemic has certainly taken away our freedom to travel, Exsim is hoping to recreate some semblance of the globetrotting experience at The Fiddlewoodz @ KL Metropolis. “We notice people are missing the experience of different cultures and lifestyles abroad, as travel enriches our life and inspires us. So, we [embarked on creating] a living space where the residents can experience a diversity in play and living experiences with scenery and cultures from around the world,” says Siew.

According to her, the common spaces at The Fiddlewoodz @ KL Metropolis incorporate various unique and thematic spatial experiences from around the globe. “For example, residents can experience the caverns of Mexico, tatami dining in a Japanese house and even the Northern Lights or aurora borealis! Through clever use of architectural, interior and landscape design, we are able to bring all this to life,” she says.

Meanwhile, the name Fiddlewoodz is a portmanteau of fiddle, the musical instrument, and fiddlewood, the flowering tree. “Together, it refers to a concerto of nature’s orchestra. Like a musical ensemble, The Fiddlewoodz @ KL Metropolis development will be filled with surprises that stimulate the mind and inspire the imagination — one is able to experience distinct cultures, traditions and lifestyles all within a short stroll,” says Siew.

According to her, the fiddlewood, with its vibrant golden hues, will be featured all over the development. “At the Aurora Sky Garden, we are using pink and blue flowering vines to recreate the twinkling aurora displays, while white plants are used to reflect the cool atmosphere of Iceland. At the Sakura-Inspired Garden, we selected soft colours and artistic tree forms that recall the popular showering cherry blossoms of Japan,” she adds.

“Through clever use of landscaping features, we are able to mimic the ambience of amazing natural wonders and famous destinations at The Fiddlewoodz @ KL Metropolis.” According to Siew, residents will be greeted by an airport runway-inspired floor pattern at the entrance of the development before coming to a feature wall based on Australian Aboriginal art. She says the residential lobby will mimic a luxury hotel lobby and reception, which doubles as a working space for residents. “The team has taken a lot of care to simulate the whole travel experience from start to finish.”

The common facilities at the development are located on Level 8 (podium), Level 52 and 53 (Sky Facilities at Tower A) and Level 51 (Sky Facilities at Tower B). “On Level 8, there is a range of dining spaces inspired by different countries and cultures, including a formal function hall inspired by Copenhagen’s town halls, a cavernous lounge and a tatami lounge. The Hobbit Playhouse, inspired by the Hobbiton in New Zealand, is scaled to child-height, creating a miniature wonderland for the little ones,” Siew explains.

The Sky Facilities open into a Nordic wonderland with a frosted glass-encased lounge and ice bar, and spa pools designed after the Nordic thermal baths, she adds. “The spatial experience culminates in the 360° Santorini Sky Pool.”

“The Fiddlewoodz @ KL Metropolis caters for first-time homebuyers, young professionals, mid-income earners and upgraders looking for a prominent location. The project is ideal for those who want a partially furnished, spacious and comfortable unit. We are also targeting investors looking for long-term yields and good capital appreciation,” says Siew.

She notes that there will be 1,691 parking bays, including those for the disabled, at the development — four lower-ground levels and eight podium levels.

According to Siew, The Fiddlewoodz @ KL Metropolis was soft launched in 2Q2021 and almost 55% of the units have been taken up. “Despite the current economy and pandemic, we believe this is a good sign,” she says.

She points out that consumer buying behaviour has changed. “People are now more concerned about the living environment, greenery, landscape and community spaces for leisure activities. We are creating spaces that embrace modern architecture and nature’s grand design, complete with the location’s excellent connectivity and nearby amenities.” Exsim is moving ahead with its expansion plans outside of the Klang Valley, with an upcoming project in George Town, Penang. Tentatively named 22 Macalisterz, it has a gross development value (GDV) of RM270 million and is slated to be launched by year end. The project will offer 418 units of serviced residences, with built-ups ranging from 340 to 497 sq ft.

“Going forward, we will be making our mark in other states, namely in Perak, Sabah, Kelantan and Johor. With the economic recovery plan in place, we will be on track with our expansion plan,” says Siew.

According to her, Exsim has 28 completed and ongoing projects with a total GDV of RM11.27 billion, unbilled sales of almost RM2.9 billion and RM18 billion worth of projects in the pipeline, including a 65-acre integrated development in Damansara Perdana as well as projects in Jalan Yap Kwan Seng, Taman Tun Dr Ismail, Desa Petaling, Old Klang Road and Bukit Jalil.