UEM Sunrise Bhd, the flagship company for the township and property development businesses of UEM Group Bhd and Khazanah Nasional Bhd, is becoming one of the country’s leading property developers.

The group ended its financial year ended Dec 31, 2018 (FY2018), with a phenomenal growth in its profit after tax (PAT), which more than doubled to RM280.3 million from RM105.6 million in FY2017. The huge leap was backed by higher revenue, effective efforts to save costs and the disposal of strategic land in Iskandar Puteri.

Revenue grew 9.86% in FY2018 to its peak for the last three years of RM2.04 billion, from RM1.86 billion in the previous year, attributable mainly to its overseas projects as contributions from domestic projects drifted lower.

With total FY2018 sales of RM1.43 billion, it exceeded its sales target by 19%. This was mainly from Residensi Solaris Parq, Kondominium Kiara Kasih, Mayfair, Residensi Astrea, Symphony Hills and Serimbun. 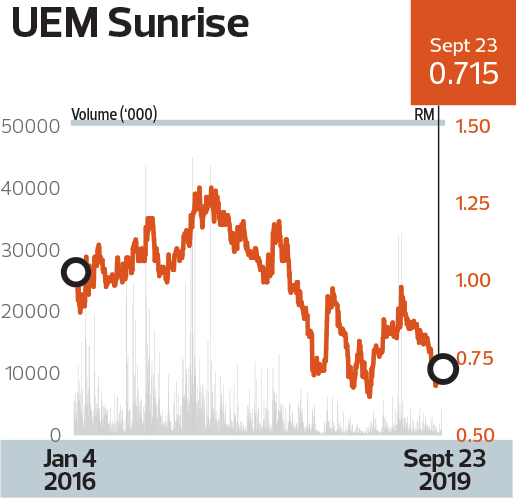 With that, UEM Sunrise bagged The Edge BRC award for the highest growth in PAT over three years among companies in the property sector with a market capitalisation of RM3 billion and above.

The company ventured into new waters last year. In December, UEM Sunrise unveiled its first hospitality service, the pioneering four-star Hyatt House Kuala Lumpur Mont’Kiara within the Arcoris development. The 299-room residential-inspired, extended-stay hotel is the first of its kind in Southeast Asia and was awarded the Most Valued Extended Stay Suites at the Malaysia Property Press Awards 2018.

Another first was its foray into the workspace segment with the launch of WOTSO Workspace in Mercu Summer Suites, Kuala Lumpur.

In June 2018, UEM Sunrise formed a 50:50 joint venture with WOTSO S.E.A Pty Ltd, Australia’s largest collaborative workspace provider and a subsidiary of BlackWall Ltd, to meet the growing need among entrepreneurs and SMEs in Malaysia and Singapore for cost-effective co-working spaces. Opened for business on Nov 14, WOTSO Workspace in Mercu Summer Suites spans 13,000 sq ft and can accommodate 240 members at any one time.

It is worth noting that UEM Sunrise has a large developable land bank of 13,000 acres, including parcels planned for joint-venture developments.

UEM Sunrise is determined to achieve its sales target of RM1.2 billion for FY2019 and anticipates contributions to come from projects such as Estuari Gardens (pix) and Aspira ParkHomes in the southern region and from  Serene Heights, Residensi Solaris Parq, Residensi Astrea and Kondominium Kiara Kasih in the central region.

Unfazed by worries of a supply overhang, UEM Sunrise plans to launch new projects with a total gross development value of RM1.4 billion, focusing on mid-market projects in mature locations in both the central and southern regions.

More ambitiously, the company plans to nearly double its new launches next year by targeting to launch projects worth RM2.02 billion in total in the Klang Valley and Johor.

The launches slated for 2020 include new phases at Serene Heights in Bangi, Equine Land in Seri Kembangan, Selangor, as well as Aspira ParkHomes, Aspira LakeHomes and Estuari Gardens and Senadi Hills in Johor.

AmInvestment Bank Research analyst Thong Pak Leng says in a recent note that the outlook for UEM Sunrise remains stable, premised on its unbilled sales of RM2.6 billion. He adds that the company’s earnings in FY2019/FY2020 will be mainly supported by the Australian projects that are due for completion in the second half of this year. 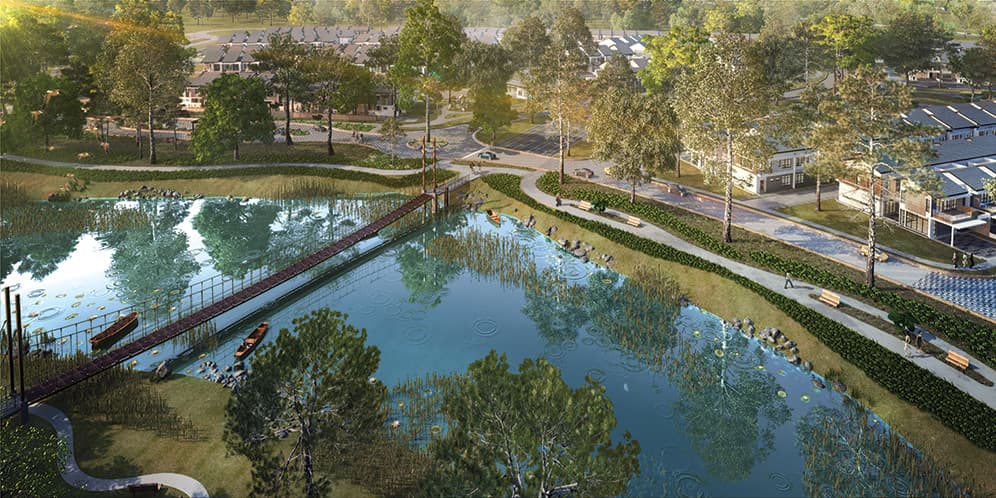