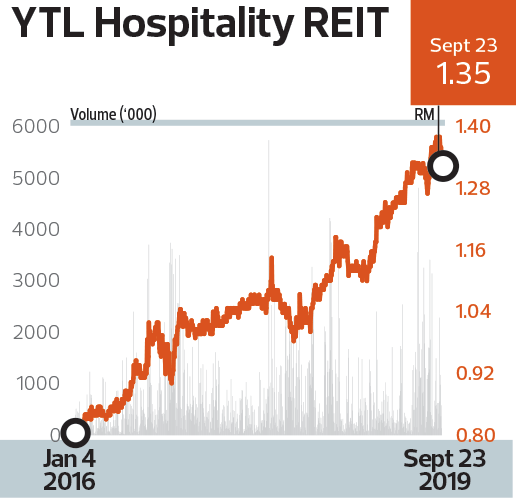 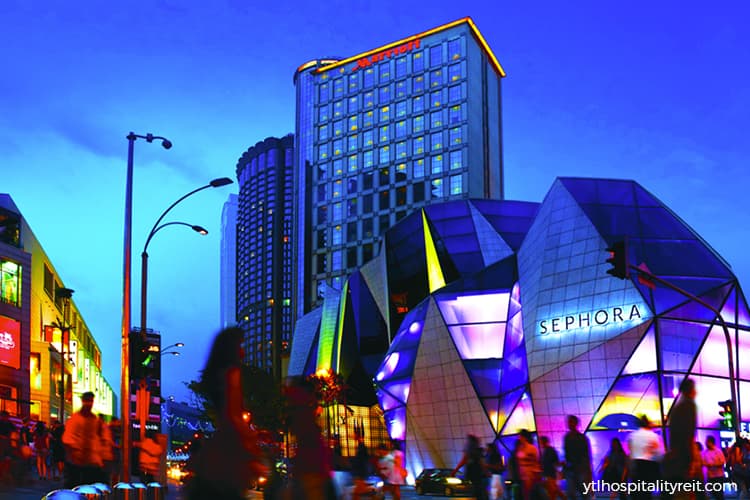 Investors who had sought shelter at YTL Hospitality REIT (YTL REIT) as the economic climate was getting unfavourable should have not many regrets over the past three years.

Not only is it the sole REIT listed on Bursa Malaysia that specifically invests in hotel and hospitality assets in the region, offering investors exposure to the regional tourism industry, but against a backdrop of oversupply of commercial properties such as shopping malls and office space, it is also a safe haven for investors who want steady yield.

YTL REIT announced attractive dividends for FY2018, paying a distribution per unit (DPU) of 7.8683 sen. This translates into a yield of 6.73%, based on the 12-month weighted average market price of RM1.17 per unit.

Its revenue also grew in tandem with profits, from RM417.7 in FY2015 to RM501 million in FY2018, giving a three-year CAGR of 6.25%. The increases in revenue and NPI were mainly due to revenue contribution from the acquisition of The Majestic Hotel Kuala Lumpur.

The international assets in its investment portfolio are Hilton Niseko Village in Japan — which was recently acquired through the REIT’s subsidiary, Starhill REIT Niseko GK – as well as Sydney Harbour Marriott, Brisbane Marriott and Melbourne Marriott in Australia.

Maybank IB Research analyst Kevin Wong has maintained a “buy” call on the REIT based on its deep value, premised on the earnings upside from a recovery of its Australian hotels’ performance and from its rich pipeline of assets, as well as resilient earnings from its master-lease assets.

“YTL REIT offers a total return of 21% – including a favourable FY2020 net DPU yield of 6%,” he writes in a research note on Aug 1, adding that earnings would mainly be growing organically in the near term.

He said growth catalysts will be from the rich pipeline of hospitality assets from its sponsor, YTL Corp Bhd, mainly within Southeast Asia and Europe, which is backed by its gross gearing of 0.41 times (end-FY2019) based on debt headroom of about RM846 million.