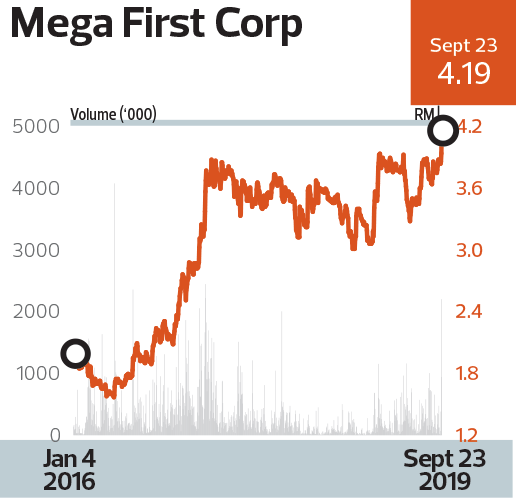 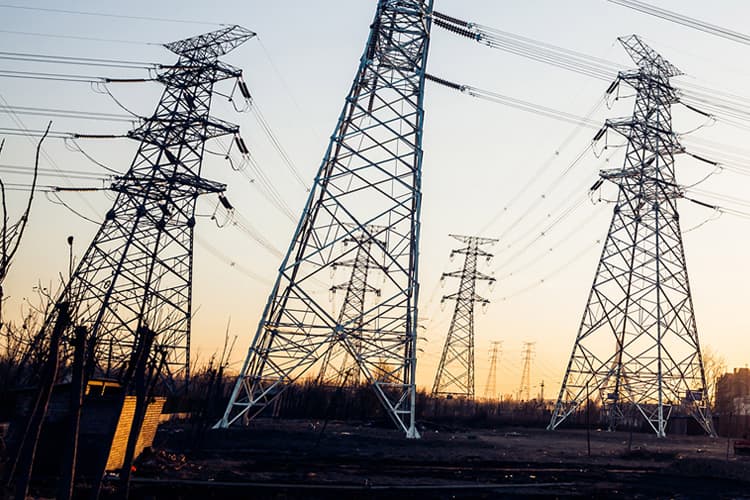 Mega First Corp Bhd lost two income generators last year as two of its power plants in China and Sabah respectively were discontinued. But this did not affect the company’s financial performance.

Furthermore, its shareholders have enjoyed the highest returns over three years in the utilities sector.

Mega First delivered a profit after tax of RM159.53 million for its financial year ended Dec 31, 2018 (FY2018), marking a 5% year-on-year improvement. Annual revenue grew 4.7% to RM874.12 million, thanks to higher contributions from its resources and construction divisions.

The company’s share price performance has been nothing short of stellar. Compared with its closing price of RM1.72 on March 31, 2016, the counter had appreciated 123% to RM3.83 on March 29, 2019, outperforming the broad market.

The group declared a four sen dividend for both FY2017 and FY2018 — lower than the five sen per share it declared for FY2016. Its shareholders have received a total dividend per share of 13 sen for the past three financial years.

Mega First decided to maintain its dividend payout at four sen per share to conserve cash for its Don Sahong hydropower project, a US$366 million 260mw run-of-river hydropower project on the Mekong River in southern Laos. It is expected to be a key future earnings contributor. Run-of-river hydroelectric systems use flowing water to generate electricity and do not have large dams and reservoirs.

Once the project achieves its commercial operation, it will be able to sell the energy it generates to Electricite du Laos (EDL), the state corporation that runs and operates the country’s electricity generation.

Annually, this translates into a revenue of US$120 million (RM488.902 million) and a profit of US$60 million to US$70 million for Mega First during the project’s 25-year concession period, starting from FY2020.

For 1HFY2019, Mega First reported a 6.8% decline in net profit to RM55.87 million, while revenue declined 12.3% to RM380.9 million. The decrease was mainly due to lower construction revenue and profit contribution from Don Sahong.

With 7.9% left in physical completion of Don Sahong to be recognised, Mega First anticipates that the construction revenue and profit contribution from the project will continue to register sequential quarterly declines in the final two quarters of the year as construction approaches completion by year-end.

The decline in construction revenue and profit is, however, expected to be compensated for by the sale of test energy, which should commence with the commissioning of the first turbine before end-September. The second, third and fourth turbines are expected to be commissioned progressively thereafter.

Based on the progress of the project and the construction of the connecting transmission lines by EDL and Electricite du Cambodge, Mega First remains optimistic that Don Sahong will achieve commercial operation by January next year.

The group has also made its foray into the renewable energy space in Malaysia and has submitted a bid for the large-scale solar (LSS) open tender scheme to develop and operate a 100mwac LSS photovoltaic plant. Results of the tender are expected to be announced in the first quarter of next year.

In a Aug 23 note on Mega First, PublicInvest Research says the commencement of the energy test sale is expected to contribute US$5 million to US$10 million (RM20 million to RM40 million) to the company’s FY2019 earnings. The research house believes that this bumper rise will likely come in the final quarter of the year.

PublicInvest says the group’s proposal to add a fifth turbine at Don Sahong could increase its FY2022 earnings forecast by 20% to 25%. The proposal is pending approval from the Lao government.

The research house adds that more earnings upside is on the way if Mega First successfully wins the bid for the solar power project in Malaysia.