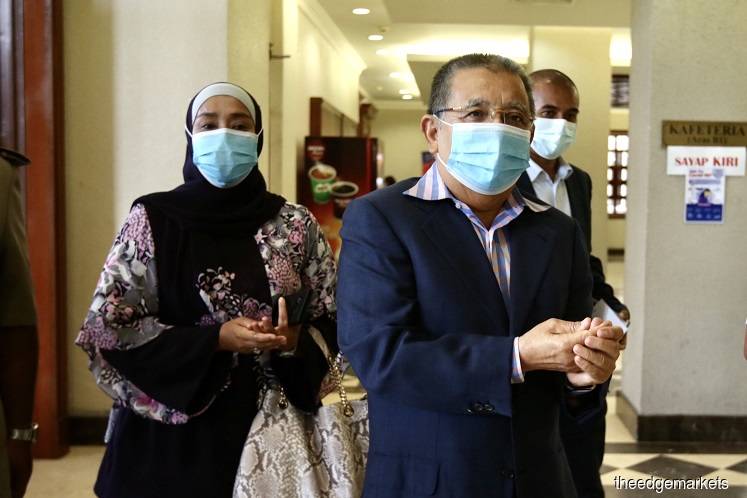 This is in relation to Felda's purchase of the Merdeka Palace Hotel & Suites in Kuching by its subsidiary Felda Investment Corp Sdn Bhd (FIC Sdn Bhd).

While delivering his decision to acquit the former Negeri Sembilan menteri besar, Justice Mohd Nazlan Mohd Ghazali said it was the board of FIC, and not the accused, who in fact approved the purchase of Merdeka Palace Hotel.

“Furthermore, there is lack of evidence of the accused having influenced or asked the other members of the board of FIC to approve the said purchase. The testimony of PW15, the CEO and director of FIC Mohd Zaid Jalil, which suggested otherwise is inconsistent with the totality of the prosecution evidence.

“The minutes of the relevant meeting also did not record any discussion on the matter. Neither did the main company secretary (PW13) who recorded the minutes hear anything to that effect,” said the judge.

Justice Nazlan said the court noted that Felda needed to approve any investments made by FIC if it is in excess of RM100 million.

However, the judge said witnesses confirmed that there were no set procedures as to how the approval from Felda for investments above RM100 million should be sought, and the relevant standard operating procedure was established only upon the commencement of investigation in this case by MACC.

“In fact it was shown by the defence that in respect of certain investments which exceeded RM100 million, the tabling of information papers by FIC to the board of Felda sufficed, without the necessity for a specific paper for approval.

“At any rate, criminal liability under CBT cannot be founded on the disposal of company funds by FIC to finance the purchase of Merdeka Palace Hotel without the approval of Felda if the payment for the said purchase has been consented to by the agency,” the judge reasoned.

Isa, 70, was accompanied by his wife Puan Sri Bibi Sharliza Mohd Khalid at the court today.

On the CBT charge, Isa was alleged to have approved the hotel purchase for RM160 million without approval of Felda’s board of directors. He was charged with committing the offence at Menara Felda here on April 29, 2014.

The charge was framed under Section 409 of the Penal Code, which carries a maximum jail term of 20 years, together with whipping and a fine, upon conviction.

Called for defence on graft

The court, however, ordered Isa to enter into his defence on the nine graft charges as the judge said there is sufficient credible evidence to establish the ingredients of the offence of receiving gratification.

“This is on matters concerning the series of cash withdrawals by PW17 Azizi Abdul Wahab Ikhwan, who was a shareholder and director of JV Evolution Sdn Bhd, the agent appointed by Gegasan Abadi Properties Sdn Bhd (GAPSB), that caused the delivery of the cash by GAPSB's Ikhwan Zaidel to the special officer of the accused, who finally gave the cash to him as stated in all the nine charges.

“In view of the evidence of the receipt of the cash by the accused, I therefore invoke the statutory presumption under Section 50 of the MACC [Malaysian Anti-Corruption Commission] Act for the defence to rebut and show that the gratification in the form of the cash was not received corruptly and that it was not obtained as a reward for the accused’s involvement in the approval by the board of FIC of the purchase of Merdeka Palace Hotel,” the judge said.

Under the nine counts of graft charges, he was accused of dishonestly receiving a cash gratification involving RM3.09 million from Ikhwan Zaidel, a board member of Gegasan Abadi Properties Sdn Bhd, through Muhammad Zahid Md Arip, in return for helping to approve the hotel purchase by FIC Sdn Bhd, for RM160 million.

The graft charges were made under Section 16 of the MACC Act 2009, under which Isa stands to face a maximum of 20 years in jail and a fine of up to five times the amount of bribes he received.

Muhammad Zahid, who will be appointed as a senator, was Isa’s former special officer and was an aide to former prime minister Tun Dr Mahathir Mohamad.

After the verdict was delivered, Isa said he would testify under oath.

"I am satisfied with sufficient credible evidence including, among others, the cash withdrawals of the shareholder or agent appointed by Merdeka Palace and the delivery of cash on the nine occasions," said the judge.

Isa is represented by Datuk Sallehuddin Saidin while the prosecution is led by Deputy Public Prosecutor Afzainizam Abdul Aziz.

Read also:
Isa Samad: 'I will testify under oath'