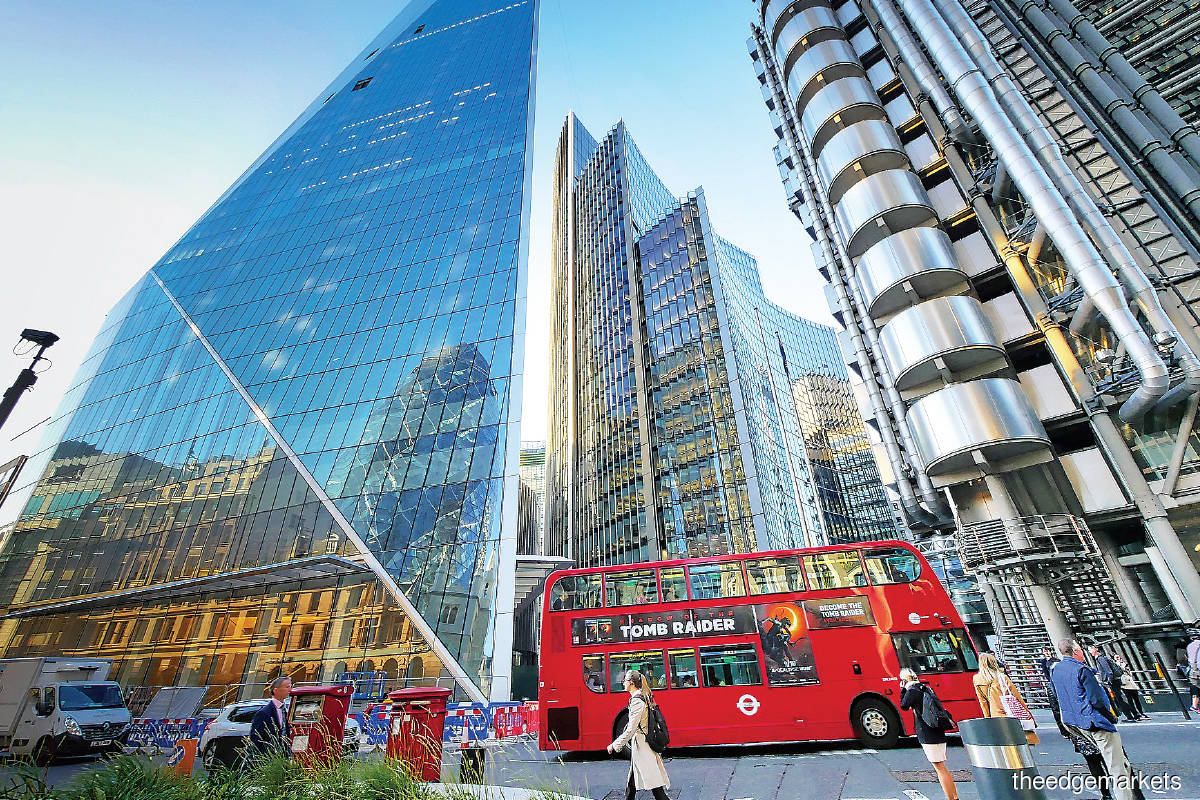 Autumn in London is different this year, especially with the lifting of the Covid-19 lockdown and all remaining restrictions on July 19. Both locals and foreign visitors have returned to the city, and are starting to buy or rent property again.

According to an Oct 25 report by Knight Frank UK, overseas buyers have been more active in London since UK travel rules were relaxed but the full impact of their return to the property market remains to be seen. The real estate consultancy adds that 2.57 million passengers came through Heathrow Airport in September, more than double the number 12 months ago, with the figure bound to rise again in October.

With the number of Covid-19 cases trending down, and nearly 50 million people aged 12 and above (around 86% of that group) having received their first dose of vaccine as at Oct 31, while another 45 million (about 79%) have received two doses, overall sentiment is set to improve.

Another recent development that may have an impact on sentiment is the UK’s Autumn Budget 2021 announced on Oct 27.

According to Norwood, despite much speculation, no changes were announced for stamp duties, the capital gains tax and inheritance tax. Among the announcements was an allocation of £5 million to remove unsafe cladding from some high-rise blocks, and cladding work to be funded by 4% via residential development tax.

“There will also be long-term funding for 180,000 more affordable homes, and more emphasis on brownfield sites for new affordable housing. There will be a change to universal credit, indirectly benefitting many tenants,” he added.

In terms of the specifics to landlords, Norwood said, “£65 million has been allocated to help (settle) the arrears accumulated during the pandemic via the Covid Arrears Debt Fund to be administered by the English local authorities. Capital gains tax reporting and payment time has doubled to 60 days.

“There has also been a timescale change for the shared accommodation rate to help some tenants. One good thing announced for domestic landlords who are sole traders with an income of over £100,000 per year is that they would have an extra 12 months until April 2024 before moving to an online system called Making Tax Digital (MTD). Another £2.2 billion has been allotted for more legal recovery including courts hearing possession cases.”

He saw the budget as mostly good news for landlords and investors.

Vidhur: Since the restrictions have been lifted, there has been an incredible amount of interest in both sales and rental (Photo by Benham & Reeves)

“There are massive £150 billion spending pledges to create a ‘new economy’ to recover from the pandemic. This is a substantial injection of funds into the economy with the hope that growth will be significant in the years to come. In addition, the inflation rate is now 3.1% and forecast to rise to 4.0%.

In terms of other indirect good news for investors, Norwood said, “There has been a much faster economic recovery from the pandemic than anticipated. The reform of business rates, as advocated by the Confederation of Business Industry and business leaders, has been much welcomed. Concerns about financial services have been slightly helped with the benefit from a banking surcharge cut from 8% to 3%.”

On other macroeconomics matters, the air travel tax on internal flights has been halved to boost connectivity, while £21 billion has been allocated to spending on roads and £46 billion to railways.

“The effects of Brexit — so far there have been fewer disadvantages than anticipated. The continuation of the pandemic is an uncertainty but we appear to be over the worst of it; its effects are likely to diminish through 2021 and 2022. There are also issues such as inflation and supply chain crises worldwide impacting affordability, and cost of living, which will affect tenants,” he said.

“Likewise, there will be an increase in minimum wage for (those aged 23 and above) to £9.50 an hour, which will help construction workers and those in the industry. Inflation figures may not include very recent energy increases. And lastly, there will be an additional air travel tax on flights over 5,500 miles to/from the UK, which is a factor that may affect the international connectivity of the country.”

Meanwhile, Norwood gave his predictions on the overall market in the light of the budget announcement.

“London’s strong draws or unique selling points, which are mainly its connectivity, global language, a strong education (and student market) and culture (be it history or tourism), will remain unchanged in the long term.

“The most recent, average rate for capital appreciation (in sales) in Britain is over 10% (and in London, depending on which index, the rate is between 4% and 7% on average), hence there are no changes to the remarkable momentum of the sales and rental markets.

“The housing shortage compared to demand will remain. Infrastructure projects appear largely undamaged by the pandemic, even with high levels of tax in the UK. The UK is hanging on to its reputation as a safe haven for investors.”

However, he cautioned that the Renters’ Reform Bill, which will be introduced in the next three to four months, may be an issue.

“It will be a long process and we do not know what the specific measures will be. There has been some talk on the changing of how deposits are being handled and changing the possession process for landlords, but the process to introduce this will likely take three to four years (due to the consultation and parliamentary processes) and therefore, any measures that come in the next few months will be the start of a long process.”

In conclusion, the panellists were upbeat on the budget and anticipate the housing and rental markets in London and across the UK to recover well.

“After having to stay indoors for such prolonged periods, people are ready to make a move. London’s financial district is beginning to enjoy the same buzz as it did prior to the pandemic. While people may enjoy the flexibility of working from home, businesses appreciate the collective working in a business environment and the more powerful impact of face-to-face meetings.

“But there are still long-lasting effects of the pandemic to consider. Some may prefer to minimise their journeys by public transport or have the option to walk to places they need to get to, to have outdoor space and to be able to WFH when required.”

Bailey predicted, “Landlord bashing may be over, hopefully. Overseas buyers need to understand that the government will look at votes before they look at taxes, which is important. The rental sector is buoyant at the moment, and it brings money for the government.”

He said overseas buyers may also have to take into consideration the fact that cooperation tax for companies will increase in 18 months. The rates are going up from 19% and up to 25% in the next two years. In addition, the dividend tax rate may rise to as high as 39% by next year.

“Buyers need to be aware of these additional taxes,” he cautioned.